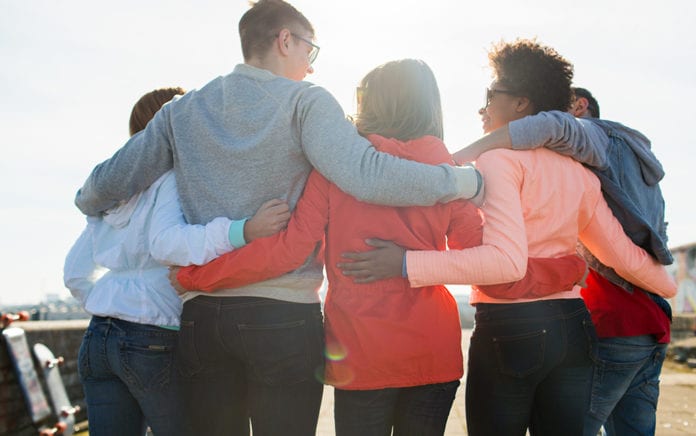 Church leaders who try to do the work of ministry alone are particularly vulnerable to compromise and defeat.

I’m a disciplined person when it comes to working out. While the bulk of my workouts mainly consist of cardio, I often lift weights to keep my muscles toned.

In the past, when I wanted to build muscle, I put more weights (and resistance) on the bar. But, when it came to chest presses and similar lifting, I dared not attempt to lift such weights without a spotter. I can’t tell you how many times I have laid down on the bench, lifted up to grab the weights, taken a couple of deep breaths, and begun the bench set thinking to myself, “This is easy!” I’ve thought that until I reached the seventh or eighth rep where the weights feel heavier, my arms have lost their feeling, and I’m left straining to lift the bar. That’s where my spotter came to my aid. As I strained to lift the bar, my spotter would gently grab under the bar helping me lift it back to its station. There have been many times where the bar would have crushed my chest if it were not for my spotter.

The Spotters for Moses

In Exodus 17:8–6, we come across two spotters that helped Moses lift the staff of God so that the people of God would be victorious over the Enemy of God. Having been delivered from bondage in Egypt, the freed Israelites—on their way to the Promised Land—are attacked by the Amalekites, lifelong foes of Israel. At this point in Israel’s life, they have never had to fight a battle. Thus, they aren’t battle-ready—nor can they watch a YouTube video on war tactics.

Moses, however, knew the key to victory; it was the staff of God. Remember the history of the staff? It was used to confirm Moses’ call; to bring the plagues on Egypt; to part the Red Sea; to return the Red Sea to its normal state, crushing the Egyptian army; and to strike the rock to bring water to the grumbling Israelites. Now, it would be used to fight and win a battle. Thus, if Moses could hold up the staff of God—representing the presence, power, provision, promises, and judgments of God—he knew Israel would win, for the staff (as we learn at the end of the passage) connected the people of God to the very throne of God.

Church leader, we are caught up in a cosmic war where our battles are “against the rulers, against the authorities, against the cosmic powers of this darkness, against evil, spiritual forces in the heavens” (Eph. 6:12–13). These forces come against us to rob us of God’s blessings as well as attempt to thwart God’s mission and promises in our life. Thus, we must never forget, the key to victory is touching the throne of God—being connected to the very rule and reign of God where he showers us with his presence, power, provision, promises and judgments. And the only way to connect to God’s throne today, is not by a staff, but by confessing, speaking, claiming, praying, obeying and lifting high the name of Jesus.

As you lead your church, I’m a huge proponent for vision, systems, structures and strategies for how to wage battle on the Enemy. But, a disconnect from God’s throne leaves one to fend off the Enemy all alone.

Who Are Your Spotters?

While connecting to the throne of God was the means of Israel’s victory, a community of spotters was the mode of victory. Moses couldn’t keep the staff lifted for the amount of time needed, thus he needed Aaron and Hur to help raise his hands to keep the connection to the throne intact. It is my belief, having served churches for almost two decades, one of the biggest reasons why most churches are losing ground to the Enemy is because of a lack of spotters to rally around God-sent, God-ordained, God-called leaders to raise the banner of Christ for the glory and mission of God. In fact, rather than rallying together to lift the banner, there’s typically disagreement and discouragement on how the banner is being raised. Thus, churches spend more time internally fighting one another over tertiary issues and not much time fighting the Enemy.

Churches that fail to have a community of spotters working alongside planters, pastors and other church leaders to hold high the name of Jesus will typically find themselves being crushed by the weights of pride and self-centeredness. But, churches that have a community of spotters helping planters, pastors and other church leaders hold high the name of Jesus—thus being willing to do whatever it takes to engage in the mission of God—will find themselves victorious by savoring the blessings of Christ, soul-winning in the name of Christ and pushing back darkness for the glory of Christ.