Home Features Discovering Your Role in Building the Kingdom 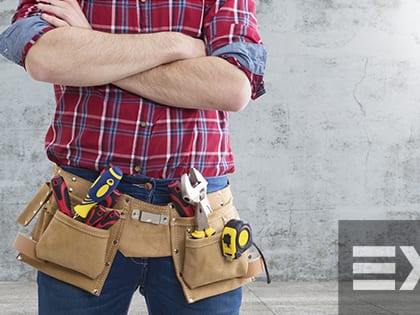 From the first time I met Bob Buford, author of Halftime and founder of Leadership Network, we shared a kindred spirit. I can’t think of another man other than my own father who has had greater influence on shaping how I measure success than Bob.

As I’ve reflected on Bob’s recent passing, I’ve become keenly aware that his impact on me (and thousands of other leaders) is a direct result of our shared values and his approach to kingdom building and hero making.

POSITIONING YOURSELF FOR HERO MAKING AND KINGDOM BUILDING

In their book, Hero Maker, Dave Ferguson and Warren Bird identify Kingdom building as one of the five essential practices of hero making. Kingdom building, they write, is a shift in how we count. It takes the focus off of what we build, accumulate and accomplish and focuses us instead on whom we invest in and catapult.

I think of kingdom building as a “pay it forward” approach embodying the truth that I’m not at the center of God’s master story—and also that I’m not the hero in the story. Instead, I’m a supporting cast member, but with a vitally important role. In many ways, the key to kingdom building is embracing and leaning into the right roles that position us to be hero makers of others.

For me, Halftime was critical to me finding my right role, as I pursued my calling from marketplace (working in the U.S. Naval Nuclear Program) to ministry. Bob’s message of moving from a life of success to significance resonated. Although my financial resources were much more limited than his, I did share Bob’s discontent that moved him in this new direction. He’d simply walked ahead of me and expressed his discontent in words on a page. And of course, he did something about that discontent.

The process of surrendering a life of success to one of significance is, in itself, a catalyst for embracing a new scorecard and a different way of measuring what’s important. By dying to self and embracing new values for measuring success, we position ourselves for kingdom building.

That’s when a chance encounter near Bob’s office in Dallas turned into a three-hour conversation, and then a decade-long mentoring relationship. I remember the day like it was yesterday. Bob was like an excited kid at an amusement park telling me about his mentor Peter Drucker, the father of modern management. With equal excitement and enthusiasm, I told Bob my own story about Admiral Rickover and the intense disciplines of the nuclear navy. This unexpected intersection bonded us quickly, and deeply, together.

One day, sitting across from him in his office, I asked Bob how he was measuring success. His response was quick. He abruptly turned from his desk and pulled out a piece of paper. It looked like a multiplication chain reaction (like one from my nuclear days) with one event leading to several additional outcomes, and those outcomes leading to others. I was amazed at how Bob was a supporting cast member on each venture on that chain reaction. He was energized not by being the catalytic leader, but instead by being the “catapult for someone else’s plane” (one of the many Bob-isms I love).

Bob was crazy about results. But I quickly learned that the specific projects and units of impact (e.g., shoes on kids, water wells dug, churches planted) were not the most important things to him. What mattered most to Bob were the people behind each venture and the increasing results those people produced. Bob made it clear that his “fruit grows on other people’s trees.”

Where most people become “cause leaders,” championing specific issues and outcomes, Bob was a “portfolio leader” who championed other leaders that were producing exponential kingdom impact. Think about the stock market. Cause leaders seek to produce and grow the best possible performing stocks. In an individual stock, you invest in the potential of that stock. Portfolio leaders like Bob, however, focus on a mutual fund approach where leaders are seen as an aggregated investment portfolio. In a portfolio approach to kingdom building the way Bob did things, you invest in the leaders.

From Outreach Magazine  8 Ways Your Church Can Help Orphans

Jesus was a portfolio leader. He invested in 12 men to “pay forward” the impact that would become the greatest movement in the history of mankind. Jesus was not focused on building and accumulating a single investment. Instead, He catapulted a group of ordinary men who changed the world. That’s what portfolio leaders and hero makers do. Kingdom building becomes the fruit of their values and approach to mobilizing other people to do far more than they’ve done themselves!

THE FRUIT OF MOBILIZATION

At Exponential, our 2018 Hero Maker theme focuses on helping leaders shift their personal scorecard of success from what they build, accumulate and leave behind (hero), to whom they invest in and catapult beyond themselves (hero maker).

So what happens when this shift from hero to hero maker happens? Let me suggest that the fruit is mobilization. The outcome of leaders shifting their personal scorecards from “me” to “others” should allow us to see the mobilization of the priesthood of all believers.

We’re heavy into planning our 2019 Exponential theme: “Made for More: Mobilizing God’s People, God’s Way.” We strategically and intentionally selected this theme because we believe and have seen that the mobilization of believers is the next natural progression beyond hero making. I’ve come to realize the practices of hero making and kingdom building, in particular, are inseparable from mobilization. All pathways to seeing multiplication and movements of healthy reproducing churches seem to converge on the issue of mobilizing God’s people.

Let me clarify what I mean by mobilization. My book More: Find Your Personal Calling and Live Life to the Fullest Measure, highlights that every person has a primary or common calling shared by all Christians, everywhere, throughout time. This common calling is to be disciples of Jesus, who make disciples of others, wherever they are. This calling unites every Christian on a common mission. We also each have a secondary or unique personal calling that uniquely distinguishes us from all other Christians and gives us a unique role to play in God’s mission to redeem mankind.

When I refer to the practice of “mobilization of God’s people, God’s way,” I’m referring to our secondary or unique personal callings. Instead of simply filling slots to grow and operate our churches, we need to deploy disciples into their unique mission fields where they work, live, study and play. Our 2019 theme focuses on this shift.

A SURPRISING SEARCH THROUGH SCRIPTURE

As we’ve pulled this theme together, we’ve wrestled with how to define believers who are being mobilized in their unique sweet spot of calling. We know we want a word or phrase that best captures all of the roles Christ has given his people as we’re mobilized to carry his fullness into every corner of the world (our primary calling).

That search led me to an in-depth study of the New Testament that revealed some surprising discoveries about kingdom building and how we should measure the impact of our efforts to be disciples. I started out looking for “of Jesus” and “of Christ” references. When it was all said and done, I found more than 50 examples, but I also realized that all of these examples naturally fit into one of three categories or buckets:

1. What Jesus did for us as he showed his love for us!
2. How he equips us to share his love—the special equipping Jesus gives us to become more like him and to carry his fullness to others.
3. The actions or roles he has called us to as we share his love.

Let’s take a closer look at all three buckets:

1. What Jesus Did for Us (aka the Gospel Narrative)

The following words—collected from the “of Christ Jesus” references I found—give us a succinct narrative of the gospel:

2. How Jesus Equips Us

The following words—collected from the “of Christ Jesus” references—give us a comprehensive description of the numerous ways in which Jesus equips us to become more like him and to carry his fullness to others:

3. The Kingdom-Building Roles He Has Called Us To

The following words—collected from the “of Christ Jesus” references—offer a succinct list of the roles Jesus calls us to carry. Collectively, these roles give us helpful context for considering what God’s way of mobilization looks like. It also gives us the lens through which to develop and measure a kingdom-building scorecard:

FROM KINGDOM BUILDING TO MOBILIZATION

Each of these words brings unique distinctives. Together, they help paint a vivid picture of godly mobilization. After this study, if I could pick just one word or phrase to capture the collective characteristics of these roles, I would pick “everyday missionary.”

That’s why our 2019 theme of “More: Mobilizing God’s People God’s Way” highlights everyday missionaries with unique mission fields where they work, live, study and play. And it’s why the hero-making practice of kingdom building is a helpful and important bridge to mobilization.

If you were designing a strategy for kingdom building, what better way to do it than mobilizing an army of everyday missionaries into their unique mission fields in all corners of society? As Bob Buford would always say, “We need to transform the latent energy in the pews of the church into active energy.”

We do that with a kingdom-building scorecard that helps us measure how well we’re doing with mobilizing disciples over accumulation. How well are doing with identifying the unique calling of everyday missionaries and deploying them to carry the fullness and aroma of Jesus into every nook and cranny of society?

As we honestly answer these questions and start to change what we count, we position ourselves to witness the fruit of mobilization. To see God’s kingdom come.

That’s what mobilization and kingdom building are all about.