Home Features The 5 Stages of Recovery When Toxic People Leave 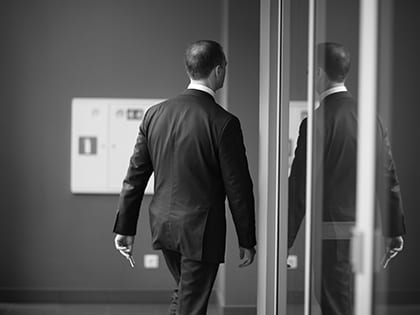 The pain caused when toxic church members leave can give way to long-term growth and renewed church health.

I have been working with church leaders for three decades on the issue of toxicity in the church. Toxic church members grieve the Holy Spirit with “bitterness, anger and wrath, shouting and slander” (Eph. 4:30–31). They are gossipers, naysayers, bullies and generally negative people. You can count on them to gossip, spread rumors and disrupt the unity of the church.

They are the opposite of what God commanded of church members: “And be kind and compassionate to one another, forgiving one another, just as God also forgave you in Christ” (Eph. 4:32).

Pastors and other church leaders are often hesitant to deal with toxicity in the church. I get it. It’s just more conflict, confrontation and possible loss of members.

But here is the hard reality: The congregation will not move forward with toxic church members.

I will save the discussion for later on how to deal with toxicity in the church. For now, let’s look at what happens in a church when toxic members leave. Essentially, for the church, it becomes short and mid-term pain for longer-term gain.

The church will definitely lose members. After all, it has already lost the toxic members. And it is more common than not for the toxic members to have a following of other members. They will likely leave too. Some of the followers are toxic themselves; others simply have not heard the full story.

The majority of church members typically are unaware of the conflict and strife caused by toxic members. So, when there is a point of confrontation and exodus of members, the quiet majority doesn’t fully comprehend what is taking place. Some are dealing with shock and grief; others simply have questions.

During this stage, the congregation continues to deal with the shock of the conflict and departure. The members begin to feel a new reality in the church, and it will take them a while to adjust to it. I sometimes call this stage “adjustment apathy.” The good news is this stage is most often short-term.

The toxicity is gone. Relationships begin to heal. Trust grows. Church leaders and members now have greater emotional resources to focus on others and to focus on their community.

The good news about this stage is that the period of recovery is usually a time of great opportunity for the church. I worked with a pastor in a church where the attendance dropped from (in round numbers) 400 to 300 as the church moved into stage one. But, by the time the congregation reached stage five, attendance was over 500. While numbers are not the ultimate measure for church health, they were indicative of a greater focus on the Great Commission and the community the church served.

But the good news is what takes place when toxicity leaves the church. After a painful initial reaction, congregations often rebound and are healthier than they have been for a long time.