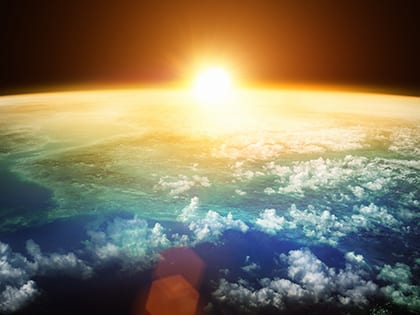 LifeWay hears from about 250,000 congregations each year. These are the trends that we are seeing emerge.

I have a pretty good track record of seeing the future of churches in America. I hope I am not making such a statement out of arrogance or delusion.

The reality is I am able to see some of the future developments because I hear from so many churches in the present. According to our estimates, we hear from about 250,000 different congregations each year. That’s about two out of three Protestant congregations in America.

So, I’m really not that smart. I just have the blessing of hearing from incredible church leaders and members every single day. In that light, I see five major developments on the horizon.

1. SHIFTS IN THE MULTISITE MODEL

2. MORE CHURCHES SEEKING TO BE ACQUIRED OR MERGED INTO A MULTISITE SYSTEM

A corollary of the first development is the proactive posture of churches seeking to be acquired. More church leaders see the health of multisite models. They thus desire to be a part of a healthy system rather than remain a struggling single-site church.

3. RETURN TO SOME LEVEL OF PROGRAMMATIC BEHAVIOR

It was not that long ago that many church leaders were touting their abandonment of the programmatic model. “We are not a program-driven church,” many declared. I get it. Programs had become ends instead of means. Many churches were waiting on denominations and resource providers to tell them what to do. It was unhealthy indeed. But we have thrown out the baby with the bath water. When we have a healthy view of programs, they can save us much time and energy. We don’t have to reinvent the wheel (I know. Too many metaphors). More churches are asking for programs and templates, so the leaders can spend their time being more productive.

From Outreach Magazine  Leaders, Stop Taking Your Brains for Granted

Denominations will not die off completely, but they will be augmented by more and more networks, both informally and formally. Those networks are more likely to have a common ministry focus rather than a common geography. Wise denominational leaders will see these networks as potential partners rather than competitors.

Declining attendance frequency of “active” members accounts for more church decline than any one issue. This reality is getting the attention of more church leaders. It will become a greater topic of conversation and action in the near future.

Yes, the times they are a-changing. And these five developments are among the most dramatic changes we see on the horizon.