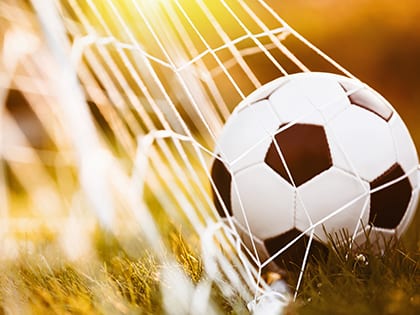 The level of commitment and accountability for a school sports team is often higher than that of church volunteers. Why?

Why is that counterintuitive? Because we tend to think that raising our standards will thin the ranks and weaken what we have. We feel the need to accommodate people, not challenge them.

So here we are, attempting to cast the vision for Christ’s mission in our deeply fallen world, to live lives individually and collectively that serve the least and reach the lost, to kick at the darkness until it bleeds daylight and what do we do?

We lower the bar on all things related to the cause of Christ and, as a result, we train people to minimize the significance of it or blow it off entirely.

The effect on the parent?

They move heaven and earth to never miss a practice.

Let’s say that same parent is a volunteer with their church’s children’s ministry. They consistently arrive late, cancel at the last minute or, if they do show up, are unprepared.

The response of the children’s ministry leader?

There often isn’t one. The idea is that every volunteer is doing them a favor by even feigning to serve.

The effect on the parent?

They continue to treat volunteering as unimportant and inconsequential.

From Outreach Magazine  The Secret to Restarting the Evangelism Engine

Here’s our fear: If we raise our standards and enforce them, we will lose people. And, no doubt, that is true. But did you really ever “have” them to begin with? No. You will lose the ones who were already demonstrating a lack of commitment. But the people you do “have” who are open to the challenge will begin to take the cause of Christ more seriously. And they should. The church is the hope of the world; youth soccer is not. Yet we treat soccer like it is and the church like recreation.

We must remember that there is no greater cause than the cause of Christ. We must cast the vision of that reality to those we lead. We must hold them, and ourselves, to the highest standards of commitment and excellence.

Which means the goal cannot be to accommodate, but to disciple.