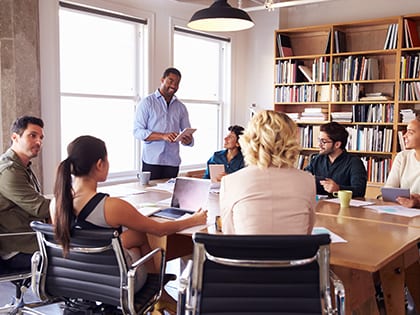 When it comes to church finances, there are countless gray areas. It’s a good idea to get advice from an independent group.

Many a pastor and/or staff member would still be in ministry today had they sought the counsel of church leaders on some practice they were contemplating.

Can the pastor start a business on the side and still receive full pay from the church? Is it all right if he markets something to the church? Or to the members?

May the pastor’s wife be paid for all the hard work she’s doing? How much should the pastor be reimbursed when the allotted money did not cover his expenses for a church mission trip? What if a company doing business with the church offers to build the pastor a swimming pool (or garage or bird house!) in appreciation?

Get advice from your church leaders, not from your brother-in-law or your best friend. Also, your denomination will have someone able to advise you.

Take a lesson from your state government.

Every state government has a commission whose assignment is to render decisions on whether certain actions would be ethical, unethical, illegal, ill-advised, problematic or just plain stupid. Since state governments deal with budgets involving billions of dollars, those questions are constant and will not go away just because the governor is a good guy. Many an honest and ethical politician has gone into office, only to be corrupted by the lure of all that federal and state money being dished out by the truckload.

Such commissions hand down rulings involving not only state government but also cities and municipalities throughout the state, there being no one else to do it.

Here are some issues your state’s “ethics commission” may be called on to deal with:

• A member of the state legislature owns a business which advises city and community leaders on hiring companies to remove trash and debris. One of those customers will pay the legislator’s company with money borrowed from state funds. Is this ethical?

• A school board asked the state ethics commission to rule on this: A member of the school board has had an illicit affair with a school teacher in their system. Now, it’s time to renew that teacher’s contract. Should they or should they not? And if they do not renew her contract while keeping the board member, isn’t that wrong?

• The city alderman council approves an airport board’s budget. Is it all right if one of the members of the law firm which represents that airport board sits on the alderman board?

• May a town purchase goods or services from a business that employs one of the town’s council members?

So many gray areas …

A town may be very small, and the choices of businesses to provide services so limited that they feel it necessary to purchase supplies from a company owned by the mayor. The solution is to do everything in the open, and have no secret deals.

From Outreach Magazine  The Gospel in Times of Crisis

Families can be so interrelated. It’s the mayor’s brother-in-law’s nephew’s wife who wants to bid on a contract. Is this nepotism? The mayor should ask for a ruling on this. Let no one accuse him of slipping this past prying eyes.

The former president of the parish council in Jefferson Parish, Louisiana, (where I lived until recently) went to prison for putting his girlfriend on the payroll where the income she received was higher than she was entitled to. Such a small thing—the salary she received wasn’t all that great!—but it was unethical, and he paid dearly for doing this. He should have asked first. (The culprit was that he’d been in office so long, and probably had done other things under the table, he thought he was able to come and go as he pleased. The prison garb looked good on him.)

A politician wants to use money from his re-election fund to buy tickets to a ball game for supporters. Or take his team to lunch. Or take his advisers to a meeting … in Cancun. Is this all right? He should ask.

That’s why ethics commissions were created: to answer the hard questions.

Does your church need an ethics commission (by whatever name)?

It probably does. If not a formally designated body, at least informally.

Certainly there will be times when pastors and other staff members will need to get advice on whether something is approved or should be prohibited.

And—once again, let us say—the culprit is a pastor who has been at a church for so long, he thinks he is no longer accountable to anyone. (He is now asking for all the trouble he’s apt to get.)

Whether the “commission” is formal or informal, it should involve both men and women—longtime members who are godly and mature and have the confidence of the membership. They have no power over a minister, but are there to advise.

There should be no secret agreements. Minutes should be taken of every meeting and kept in a file in the administrator’s office along with all the other records of business meetings and transactions.

No pastor should ever ask a few leaders of the church to “keep this among yourselves.” By the same token, neither should they broadcast decisions made in closed sessions.

The key issues are always integrity and accountability.

• If a minister leads a group from the church on a trip to Israel, is it acceptable for him to receive a commission (often amounting to several hundred dollars per person) from the host company? (I’ve known pastors to lead several such groups a year and reap a substantial amount of money, all of it unknown to their congregation who looked upon this as part of his ministry.)

From Outreach Magazine  4 Principles for Caring for the Poor

• If a pastor or anyone on the church staff receives gifts of money ‘under the table” (i.e., unseen by anyone) from church members, should he report this to anyone? (the personnel committee, finance committee, administrative committee, pastor support team, etc.) If not, should the matter at least be discussed by the ethics commission?

• Is the church’s oversight team (by whichever name it goes) aware that ministers receive a housing allowance from the church? And that this is deductible from his federal taxes? Do they need to know this? Should they be apprised of this each time new members join the committee? (The local CPA who does the ministers’ taxes should be aware of the rulings on this and help the pastor do the responsible thing.)

• When a minister is appointed to some agency of the denomination and is asked to make periodic visits to a distant city for board meetings, will his expenses be picked up by that agency? Or will the church be expected to pay his way? (I’ve known ministers who charged the church for their travel while at the same time the agency was reimbursing them for expenses. Even if he doesn’t go to jail, the minister loses all credibility and should be fired.)

• When a minister on the church staff attends a conference and purchases materials, how will he be reimbursed? And are there safeguards to make sure the amount he is given is exact? (I’ve known unscrupulous ministers to find ways to double-deal.)

• Does an ethics committee (by whatever name) need to know how much the ministers receive in outside income? Preachers usually get paid for doing weddings and funerals, and also for leading revivals in other churches. If they publish books and market them to their members, are there ethical issues there?

When our Lord was on trial before the high priest, the old man said, “Tell us what you’ve been preaching to these people.” Jesus answered, “You may ask anyone who heard me. I’ve had no secrets” (John 18:20).

Let the same be said of us. 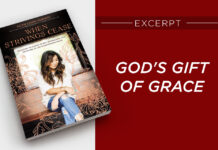 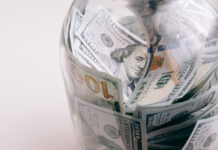