Home Features The Church That Will Be 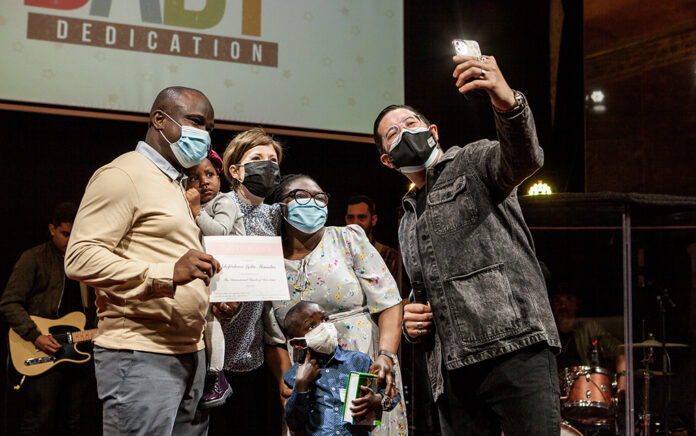 Barcelona is a fascinating city known for its beauty, history and architecture. From this captivating Spanish city have emerged some of the world’s greatest artists and trends. It has been home for the likes of Salvadore Dali, Pablo Picasso, Antoni Gaudí of the brilliant La Sagrada Família, and even Dietrich Bonhoeffer who pastored in the city for two years.

As you walk the streets, Barcelona’s beauty and vibrancy are undeniable, but there is a darkness that lies beneath. Many experts estimate that less than 1% of the population has had a life-changing encounter with Christ.

When John and Brandi Carrano first arrived in Barcelona as missionaries in 2010, they knew that they were entering a post-modern, post-Christian culture driven by secularism. They understood it would be a challenge, but they were expectant for what God had in store. Pastors and missionaries who had labored for decades in Spain greeted John and Brandi with these words: “Don’t get your hopes up. Barcelona is a graveyard for missionaries and pastors, so just do what you can.”

Despite this discouragement the couple prayed, sought guidance and sensed God’s response: I build my church. You love people and do what you’re told. These were the exact words of faith that they needed to hear,

“We decided in that moment,” says John, “that we would keep our hopes sky high. We know who we are not, but we also know Who called us to serve and love in Barcelona.”

Lead pastors of the International Church of Barcelona (ICB) since 2014, the Carranos have had the privilege of seeing people come to know Christ or receive a fresh start every single week in every single gathering. “In what was known as the graveyard, people are being raised to life in Christ,” John says.

During these years, John and Brandi have had the privilege of seeing ICB grow from a church with a weekly attendance of approximately 175 people to (pre-COVID-19) more than 1,000 in weekly attendance—and even more today. The church consists of more than 85 different nationalities joining together on a weekly basis in what can only be described as a glimpse of what heaven will look like—an oft-heard phrase around the church.

“There’s something beautiful taking place in our midst,” says John. “Moving forward, Christ-followers are being called not simply to rely on what has always been, rather to seek God’s leading, creativity and innovation in this next season. People are searching like never before, and it’s time that we embrace and offer this message of hope with a new sense of urgency.”

John, Brandi and the leadership team at ICB sensed that during the pandemic was not a season to stagnate or shrink back, but rather to press in and run toward the people in their city. “Who we are has not changed. We have always been in our city for our city, and now is the time to show it like never before,” Brandi says.

It is incredible what is occurring as they continue to step out in faith in this season. Since the beginning of the pandemic, ICB has expanded from one central location in downtown Barcelona to five locations in-person and digital, totaling 11 weekend gatherings with 1,800 to 2,200 meeting weekly. The church currently offers 53 community groups meeting in 11 distinct languages; two ministry centers offering counseling, pastoral care, outreach and more; and a social enterprise coffee shop that creates space for those who might never set foot in a church building.

“Despite the tragedy and challenges of the pandemic months, we are humbled and excited for this next season. We know that this is just the beginning of all that is in God’s heart to do,” John says.

When people visit Europe, they often see the remnants of the church that was. “As we love people and Christ builds his church, could we be catching a glimpse of a resurgence and what it could look like for the church that will be?” John asks.

Now is the time, according to John and Brandi, for the global church to strip away all that never really mattered and to be the missional people that we have always been called to be.

From Outreach Magazine  Being Married to a Pastor: The Good and the Bad
Share on FacebookShare on Twitter