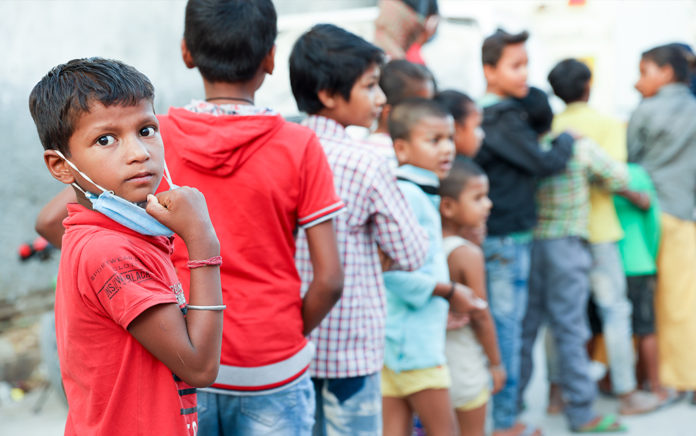 Even when the world feels like it’s on hold, the Great Commission never is.

Everything in the world feels like it has been on hold since March 2020. But the Great Commission has not been on hold. Missionaries around the world continue the work even when they have had to leave their countries of service while praying for the opportunity to return soon. Additionally, missionaries have been preparing to go to the nations in the middle of the largest global crisis of this generation. These plans have been made tentatively but with the conviction that the Lord’s commands are still valid even when it might be easier to postpone obedience.

A CASE STUDY: THE JUDSONS

Adoniram and Ann Judson are often celebrated as the first missionaries from the United States. They set sail from Massachusetts initially planning to go to India but eventually settling in Burma (Myanmar). Their story is compelling and fascinating on many levels, but there is an element of their story that is almost always overlooked: They left the United States in the middle of a major military conflict.

In the first years of the 19th century, Britain had begun taking a more aggressive stance towards the very young United States, with special attention given to the northeastern states. These hardline positions and actions ultimately led to the U.S. Congress declaring war against Britain on June 18, 1812. The Judsons had set sail one day earlier—sailing from New England to go to India under British rule while the strongest navy in the world was searching for American ships to harass and capture. This was hardly the most convenient or safest time to depart for missionary service. They still went.

We can find many excuses and even some legitimate reasons why now is not the best time to go. Many people have been avoiding any kind of long-distance travel, and international travel has been widely discouraged since the start of the pandemic. All of these warnings are justified and should be taken seriously.

At the same time, that does not mean we wait until we can go safely before we begin planning to go. The world is dangerous no matter where you are or where you go or when you plan to go. We take risks every day. Staying in the United States is no more or less dangerous than going somewhere else. So even when we cannot go right away due to borders being closed, flights being unavailable, or any other circumstance outside our control, we must begin praying and making preparations to go now.

Prepare in the Midst of Uncertainty

Preparing to go is difficult during this global crisis because we legitimately do not know what is going to happen tomorrow. How can we plan when we lack certainty about the future? In reality, we have never had assurance about the future. God is the only one who knows what the future holds. We must rely on God even as we prepare to engage in mission.

James 4:13–17 warns against the arrogance of making plans on our own without accounting for the Lord’s will. Our frustration over trying to make plans with so much obvious uncertainty has simply revealed the subtle arrogance that has crept into our planning. Rather than living in constant submission to the Lord, we have instead assumed knowledge that we cannot possibly possess. We have said “Today or tomorrow we will travel to such and such a city and spend a year there,” instead of humbly submitting all of our plans, preparations, and lives to the Lord.

As we prepare to go, we must trust the Lord’s timing and methods. Even as we are called to a specific place, people group, or task, we prepare in humble submission acknowledging that we cannot know what is going to happen today or tomorrow.

The past year has further exposed many problems in the American church that require attention. Division in the church about Covid-19 protocols, an unhealthy obsession with politics, and arguments over tertiary matters are manifestations of divisions and a lack of missional focus that have existed in the American church for a long time. Churches in the United States unquestionably need to recover a missional stance. Churches who stubbornly refuse to embrace a missional approach face a bleak future.

From Outreach Magazine  Breaking Free From the Rat Race

There is no easy way to help a church regain a missional vision for their community and the nations, but providing frequent opportunities for your church to interact with, pray for, and partner with missionaries can be a starting point. Actively look for and call for missionaries to be raised up from your church. We can address many of the problems in the American church by preparing to go to the nations even in the most difficult times.

The Command Is Greater Than the Crisis

Leaving home is always emotional. It’s even more emotional during a time of global crisis. But crisis does not negate the command that Jesus gave to his church to go and make disciples of all nations. Even when it is dangerous, confusing, and chaotic, we still must make plans to go and actually go regardless of the circumstances.

There is no “perfect” time to go to the nations or prepare to go. There is never a guarantee of safety or comfort or ease. In fact, we would be wise to expect the opposite of all of those while we make plans to go. While we humbly submit our plans to the Lord and seek to be obedient to his call to go make disciples, we do so with the expectation that Christ’s call to the nations and Holy Spirit’s work to equip and empower believers for missions does not stop—even when everything else has.