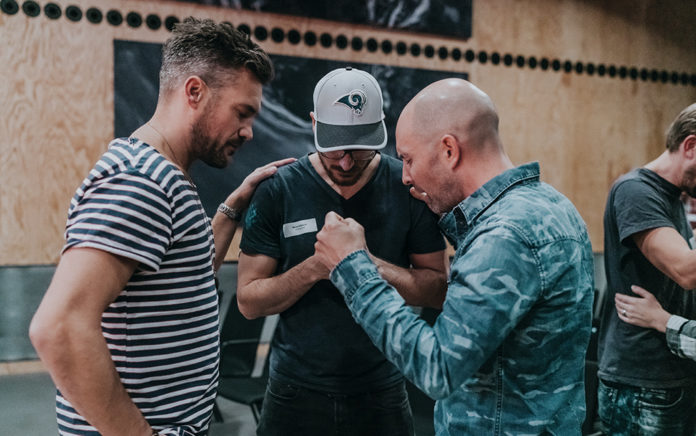 For better or worse, Leo Bigger flew his church leadership team from Zürich, Switzerland, to the United States year after year to attend how-to conferences held by a prominent church that had become their role model.

Then Bigger switched strategy for International Christian Fellowship (ICF), the church where he had become senior pastor in 1996 when the church was six years old.

“I decided that if we want to grow, we have to focus on winning people for Christ,” he says.

He set the pace by personal example. “I led my brother to Christ, and he told the church the whole process. Then I led my sister to Christ and I led my neighbor to Christ. The congregation watched these stories unfold, and it was contagious.”

Now the church had a new problem: “As people said yes to Christ, we had to disciple them,” says Bigger. “And we needed to help them reach and disciple their own networks of family and friends.”

That challenge and opportunity has now led to a church of almost 3,000 people meeting each weekend across five locations in Zürich pre-pandemic, and to the planting of new churches within the ICF movement covering 78 cities across 13 countries—plus more than 750 network churches that are part of at least 46 other denominations or fellowships.

The pattern Bigger sees from his many friendships with Americans and visits to the United States is that a strong preacher or leader stimulates church growth here. From revivals to church launches, crowds are quickly attracted, and enough people soon rally to build a lovely church facility, pave a big parking lot and settle into a routine of church services marked by songs and messages that help them grow personally.

The flip side, according to Bigger, is that church people can get overfed personally while losing the discipleship piece. If they begin to feel dissatisfied, they just move to a different church rather than learning to equip others or become disciple makers.

That pattern can happen anywhere, and it happened in Europe long before it began evidencing itself in North America.

“In the ICF movement,” Bigger says, “we’ve become very clear on the message that the goal of a disciple of Jesus is to help other followers become mature Christians. That grows a church far better than the beauty of our church facility or even how well I preach.”

For most people in Europe, great preaching, gorgeous church buildings or even faith in God doesn’t mean anything.

“When we plant a new church plant in a city, we do it as a team,” Bigger says. “Each one prays and personally invites their neighbors to church. The church grows by winning one person here and another person there—with discipleship a big key from the beginning of a person’s growth in Christ.”

NOTHING SHORT OF MULTIPLICATION

This shift to a lifestyle of winning neighbors, discipling them and training them was not easy for Bigger or the people of ICF. As the church moved into church planting by sending out its own people, it actually became painful.

“I wasn’t happy at first with church planting because I kept saying goodbye to my best friends and best students,” he says. “After some years, I realized it’s very refreshing for me because I have to invest in more people, in new people. I see it as giving blood, which makes me have to produce more blood.

From Outreach Magazine  What Season Are You In?

“Now we win them for Christ, train them and send out our own people to start churches,” he says. “We do church planting because it pushes us for multiplication. If a church is looking to grow, we challenge its leaders to do church planting with their own church membership.”

Another breakthrough for Bigger and ICF occurred as they found that young people took the reins, investing in their peers through soul winning and discipleship.

“Focusing our church on young people made the whole thing explode in a good way,” he reflects. “Suppose a young guy approached me feeling called to plant a church. I would direct him to go to the youth department, instructing him that I wanted to see if people there would follow his leadership. Once potential church planters prove themselves as leadership capable with the youth, then the easy part is a two-year training school that we offer. Our job as pastors is to create multiplication in a younger generation, to train them, to lead them, and also give them an opportunity to lead.” “Church planting for me is multiplication,” Bigger says. “Or at least it’s the best path we know toward multiplication.

“I want to see God raise up thousands of teachers and preachers through the ICF movement,” he says. “Without the idea of multiplication, you cannot do meaningful church planting in Europe.”