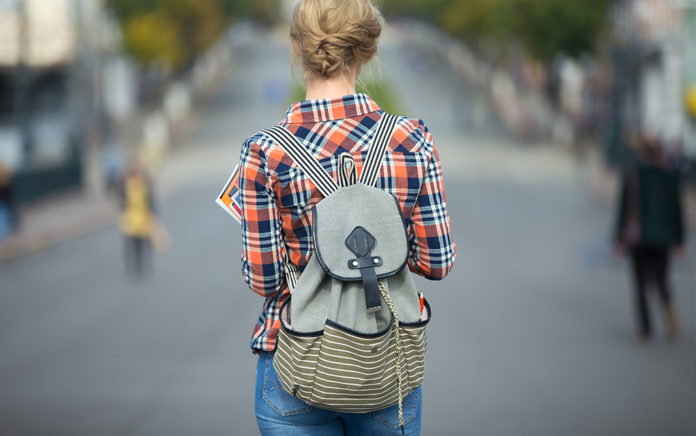 Third culture kid teens are resilient, resourceful, clever, creative and flexible. For their entire lives they have not only practiced but also excelled at adapting to new cultural situations and learning new ways of being and of doing. This year in particular they have been challenged to draw upon these strengths in new and important […]

Third culture kid teens are resilient, resourceful, clever, creative and flexible. For their entire lives they have not only practiced but also excelled at adapting to new cultural situations and learning new ways of being and of doing. This year in particular they have been challenged to draw upon these strengths in new and important ways as the world continues to navigate the ambiguity and adjustments of new protocol and procedures in all arenas—work, academic, social and commerce.

For high school third culture kids transitioning back to their passport country this year it can be challenging in several areas—from learning how to socialize virtually to following new social cues and customs. Whether transitioning into university, high school or a gap year, these third culture kids can equip themselves to process emotions, create friendships and figure out next steps in acknowledging these three steps.

PROCESS THE GRIEF IN THIS YEAR’S UNIQUE TRANSITIONS

In times of distress, trauma and grief, it is a human default mechanism to go into “flight or fight” mode. Flight can look like avoidance, mood swings and apathy; fight can look like confrontations, frequent arguments and anger outbursts. In order to process these emotions in a healthy way, it can be helpful for third culture kid teens to share their reentry story with a family friend or mentor that has either been through this kind of transition themselves and/or are processing it together in a facilitated manner.

In order for third culture kid teens to heal from their grief, invite them to articulate what they have lost and let them express how that makes them feel. Recognize that the expression may come out in one of the grief cycle stages such as bargaining (for example, “maybe next year we can go back and see everyone again”) or it may come out as negotiation (for example, “if I stay here one year, next year I’ll have enough money to return”) or it may come out in anger (for example, not feeling content about the current situation) or denial (for example, thinking that there won’t be culture shock because they understand the culture from social media). In order to reach the stage of acceptance, allow the third culture kid teen to express their grief by journaling, talking through it or creating something that represents their grief. In and through this, affirm their resilience and draw upon their strengths in how they have transitioned before and have the ability to do it again in this season.

PRACTICE ANSWERING, “WHERE ARE YOU FROM?”—KEEPING IN MIND CULTURAL CONTEXT

For any third culture kid, it can be a challenge to answer the question “Where are you from?” given “home” and “from” could potentially mean any of the following: Where were you born? Where did you grow up? What is your passport country or nationality? What is the last place you lived? Where are your parents? Where did you graduate?

Given that many families have been forced to repatriate to new places this year due to COVID-19 border closures, this question could be an added challenge for third culture kid teens to answer as they may have had several disruptions of place and belonging in the past few months. Keeping in mind cultural context and who is asking the question, third culture kid teens may want to give a “five-second” response to “Where are you from?” such as, “Due to my parent’s work, I have lived most of my life in __________, but am originally from ___________” or “I grew up in several countries, but most recently moved from ___________.”

If the situation allows for more discussion, it may be that the inquirer will ask further about what took the third culture kid abroad or which place they loved the most. Having short responses can allow the conversation to continue, however, third culture kid teens should ask the same questions in return. Perhaps they will have the most “exotic” background in terms of countries lived, languages spoken, and cultures experienced, but third culture kids need to exercise the same level of curiosity and respect for others’ stories as well. Again, finding community members who have had a similar upbringing can provide space to tell stories without the third culture kid teen fearing that they are “bragging” or not feeling understood by monocultural peers.

PREPARE FOR WHAT’S NEXT THIS YEAR

Whether the third culture kid teen has returned for university, high school, or a gap year, it’s important for them to recognize their need to adjust to new responsibilities. Life will be different in terms of socialization, communication expectations, and financial goals. This is the case for everyone this year as COVID-19 has determined new rules for social gathering, created new forms of virtual communication and expression, and brought about different financial concerns.

As the world continues to navigate these changes, it is critical for third culture kid teens to have the support, guidance, and mentorship surrounding their responsibilities with these changes. Making a list of what is needed for physical, mental, emotional, and spiritual support and identifying who can help support these needs is an important way to holistically care for the wellbeing and nurturing of a third culture kid teen. Recognizing and recommending to third culture kid teens who in their network (such as church leaders, community peers, family, and friends) can serve as mentors and confidants as they process closing out a chapter in their life and transition the navigation into a new one is important for them to feel agency in their need for independence and personal growth. Establishing a “cultural broker”—someone who understands where they have come from and where they are headed—to guide them about the new environment’s food, fashion, music, slang, etc., is a foundational way to support this transition. Lastly, cultivating a practice of gratitude can also serve as an anchor of stability to help third culture kid teens to identify and appreciate the blessings in their life.

There are several organizations that offer facilitated debriefing through this transition such as Interaction International’s Wayfinder program beginning in Fall 2020 and MuKappa International’s virtual university chapter for incoming university freshmen in addition to their on-campus university student chapters. These organizations can suggest third culture kid mentors and cultural guides for third culture kid teens to speak with.

This year has been challenging and unpredictable, full of grief and loss due to physical moves, health declines and even deaths. It’s been one that has highlighted race relations and reconciliation initiatives, political unrest, and diverse civil discourse. For third culture kid teens who are navigating their own wild and ambiguous transitions, the weight and rate of change and media noise can exacerbate the reentry process and perhaps even numb the important journey of healing from their own grief and loss. By regulating media intake, committing to healthy nutrition, talking with a cultural mentor and practicing their tried and true resilience methods, third culture kid teens will be able to adjust to their new home in 2020.