Home Features How Can Missionaries Avoid the Trap of Colonialism? 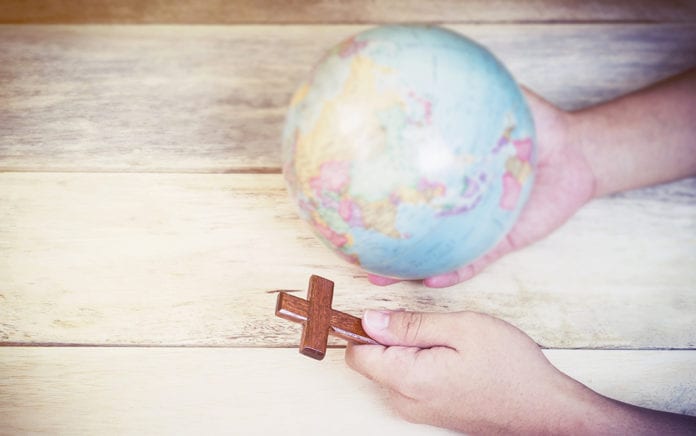 In the past, missions and colonialism often went hand-in-hand. How can we avoid that trap?

You might be a missionary—someone called and sent to serve God cross-culturally—but chances are you don’t like being called a missionary.

That’s because, in popular Western culture missionaries are seen as pith helmet-wearing colonialists—forcing their culture and religion on people who don’t want it.

These concerns go back to the early church, where colonialism was condemned in the New Testament.

In Galatians, Paul gets crazy mad at some Jewish Christians for trying to force their Jewish culture of circumcision on a group of new believers from non-Jewish backgrounds.

Since then, Christian missionaries have often been guilty of bringing their cultural baggage with them.

European missionaries swept in with the settlers of England, Spain and Portugal as they conquered nations across the globe.

These people really did wear pith helmets, and encouraged local people to adopt Western clothing, practices and values while stealing their land and resources. They systematically forced indigenous people to abandon their own cultures and languages.

There’s a lot of baggage. And I can understand why folks wouldn’t want to be associated with the missionary label.

On the other hand, it’s only fair to recognize the immense good that has been done by missionaries worldwide.

On a spiritual level, millions of lives have been transformed by the life and teachings of Jesus—thanks to the work of missionaries. And there is also strong evidence to suggest that ideas spread by missionaries have had a positive influence on societies, beyond the religious sphere.

Missionaries have been responsible for providing crucial services such as health care and the introduction of European medicine, saving millions of lives.

They were also on the forefront of introducing European political practices and ideals such as religious liberty, mass education, newspapers, voluntary organizations and liberal democracy.

There’s no doubt, the missionary enterprise has been a mixed bag. So, how do we move forward?

1. Take a Posture of Humility.

As an African believer once complained, “You brought us the bread of life, but it came wrapped in plastic that you shoved down our throats!”

It’s easy to see in hindsight how missionaries came in with both helpful and unhelpful ideas and practices. The beautiful and life-transforming teachings of Jesus were too often presented in culturally irrelevant or harmful ways.

For example, missionaries outlawed the use of incense in the Khmer church, though incense was traditionally a central part of worship in Cambodia. This has proven to be a big obstacle for people following Jesus in this country.

Mistakes have been made, and the appropriate response is lament and repentance—a posture of humility.

As I have written here, a good place to start is by educating ourselves on the local political context—and our own nation’s complicity in that history.

Secondly, rather than taking the posture of an expert, we take the posture of one who seeks to explore. Discover together with local people how the teachings of Jesus might be applied in this context. Ask questions, listen to advice and invite ideas.

2. Recognize That No Culture Is Static.

Across Asia, even developing countries like Bangladesh and Nepal have fast-growing access to the internet (more than half the population). And in more developed nations like South Korea and Malaysia, the vast majority of people are actively engaged online.

The influence of popular culture through YouTube, TV, movies and music is much more obvious now than 20 years ago when I first came to Asia. This is the New Colonialism.

Non-Western cultures are being bombarded from every direction by foreign cultures and ideas.

Values, clothing, culture and even language are all shifting rapidly. You should see the kids in my little Cambodian neighborhood singing Justin Bieber’s song “Despacito,” and watching the YouTube video on their parents’ cell phones.

So, the question is no longer how can we avoid outside influence on local cultures. That is happening anyway, with or without us.

Culture is not static. It is dynamic and ever-changing.

The space left by our disengagement will almost certainly be filled with YouTube, K-Pop and Justin Bieber. The New Colonialism will not stop. It will march forward regardless of whether Christians engage cross-culturally or not.

In this context of globalization, the answer is not to withdraw from the world out of fear or guilt. The answer is humble service, thoughtful engagement and prayerful community building.

And ironically these are the very things that missionaries have offered when they are at their best. Yes, missionaries have too often been guilty of advancing colonialism. But by God’s grace, it doesn’t have to be that way.

John Perkins suggests that three types of people are needed to see real transformation in a community:

First, and most important, are the “Remainers.” These are local people that have chosen to stay and be part of the solution to the problems surrounding them. They will be central to God’s work. These are the insiders.

Then, the “Returners” who were born and raised in the community and left for a better life, to study or to work. They are no longer trapped by the poverty of their neighborhood, yet they choose to return. Moses was a returner. As were Nehemiah, Naomi and Ezra.

Finally, “Relocators” are those people who were not born in the neighborhood but move in, sometimes cross-culturally, to tie their wellbeing to that of their neighbors. Another term for these outsiders is “missionary.” Ruth, Daniel, Joseph, Esther and the Apostle Paul were all outsiders, relocators, used by God in another cultural context.

To be an outsider, a relocator or a missionary is a valid role. It is a biblical role. And it is a role that God has used since ancient times. Our tendency to mess it up doesn’t negate that.

In fact, when we relocate cross-culturally we are following in the footsteps of Jesus, who left the most exclusive gated community in the universe and came to live among us—embracing the culture of the time and walking alongside us with love.

Today, we still need folks who are willing to support efforts to share the love of Jesus with people unconditionally, especially those cast aside by the machinery of the New Colonialism.

We still need folks to support efforts to learn, document and preserve the God-given languages of ethnic minorities that are dying out because of globalization.

We still need folks to walk in the ways of the Prince of Peace, to support efforts to fight injustice and promote non-violence, bringing a Jesus-shaped vision of care for the underdog.

We still need folks to support efforts to create jobs that will offer dignity to the poor, instead of the exploitative jobs offered by global corporations like Apple.

We need outsiders and relocators who will swallow their pride and offer themselves as part of the solution, coming alongside local people.

Heck, call yourself a missionary for all I care.

The needs are simply too great.

This article was originally published on CraigGreenfield.com.