Home Features How the Process of Evangelism Is Changing 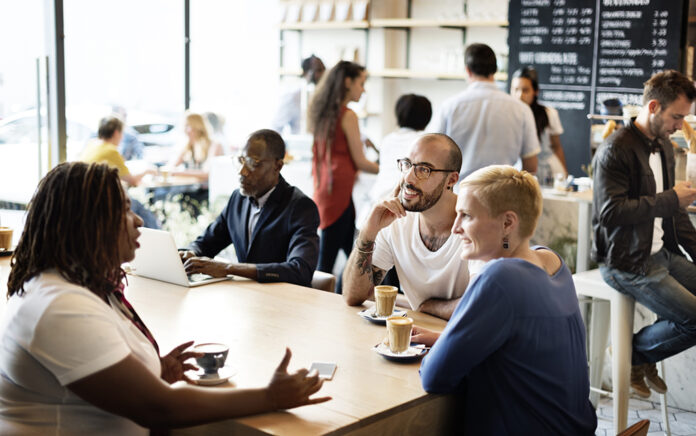 One of the most important realities to grasp as it pertains to evangelism is that it must involve both process and event, not simply an event. In earlier eras, evangelism was almost entirely treated as an event. Meaning, you presented the gospel and called for a decision. And that was all there was to evangelism. This was the era of Sunday school and door-to-door visitation, busing and revivals. All were largely event-oriented approaches, giving a cold-call presentation and asking for an immediate decision.

And it often worked.

But as our culture became increasingly post-Christian and individuals became increasingly divorced from any type of spiritual literacy, there was an increasing need for evangelism to involve both process and event. Meaning, investing in and facilitating someone’s journey down the line of faith (process) to that point in time when they have gained enough answers and enough literacy to responsibly consider their response to it all (event).

I’ve often sketched it out as a line from one to 10, with one representing someone as far away from God as possible, and 10 representing the moment when they come to saving faith and knowledge. I then make the case that we used to have a culture in which people sat on about an eight on the scale.

There was so much they brought to the table: a belief that truth existed; a belief that God existed; a basic embrace of the Judeo-Christian value system with a built-in sense of guilt and conviction when the violated it; usually a positive background in the life of the church and a respect for her leaders. When people are sitting on an eight, you don’t need much more than event-oriented approaches.

They’re not on an eight anymore. They are, at best, sitting on a three.

That means there now needs to be fresh attention paid to moving them from a three to an eight, where they can begin to responsibly engage the call to decide. And it is precisely that process that has recently changed. For many of Meck’s formative years, the typical unchurched person who encountered our church would have considered themselves a Christian.

This made the evangelistic process interesting: 1) They came thinking they were a Christian; 2) They learned over the ensuing months that they were actually not a Christian, largely by learning what crossing the line of faith truly means and what life on the other side entails; and 3) Periodic “decision” challenges to cross the line of faith were continually met with acceptance by those who were ready in light of their journey. In short, they came thinking they were a Christian, found out they weren’t, and then we helped them truly cross the line.

Here is the process now: 1) They come thinking they have rejected Christianity; 2) They learn over ensuing months they really haven’t—rather, they had been embracing caricatures and misinformation, or rejecting representations of the Christian faith that were not true to Jesus; and 3) We are then able to introduce them to the real thing. Again, in short, they come thinking they are not a Christian, we tell them we reject what they tend to reject, too, and then we cast the vision of what the Christian faith and a life in Christ actually entails.

This simple idea that evangelism is both process and event, and that we must pay fresh attention in our day to the process aspect, is one I wish more church leaders embraced. Because while many know how to lead someone across the line, they aren’t serving the process of getting them to the line itself.

From Outreach Magazine  Addressing the Most Common Struggles for Young Pastors