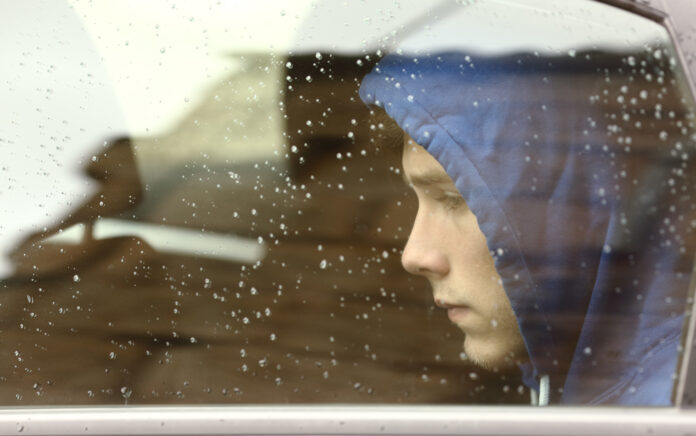 Hope for the loneliest generation

Experts tell us that millennials and Generation Z are the most stressed-out generations ever. In fact, they’ve dubbed Generation Z (those born from 1997 to 2012) the “hopeless generation” as well as the loneliest generation. Both generations are also the most depressed, with the highest suicide rate.

So we’ve gone from the Greatest Generation, as we call them—those who came through World War II—to the hopeless generation. How did we get to this place? And what is the answer?

Most studies reveal something that contributes to the problem: cell phones. This absolutely aggravates the situation. About 70% of the world’s population carry them around, and 43% of Americans surveyed have said they can’t live without their cell phones.

Researchers have found that constant checkers have the most stress. These are people who check their emails, texts, news feed, and social media again and again. Yet the people who do this say they feel isolated.

Social media isn’t very social, then, because it seems to isolate us and separate us. We’re crippled by anxiety. But we don’t have to go through life like this.

Here’s what Jesus says: “That is why I tell you not to worry about everyday life—whether you have enough food and drink, or enough clothes to wear. Isn’t life more than food, and your body more than clothing? Look at the birds. They don’t plant or harvest or store food in barns, for your heavenly Father feeds them. And aren’t you far more valuable to him than they are? Can all your worries add a single moment to your life?” (Matt. 6:25–27).

Birds don’t stress out. I have a bird feeder in front of my kitchen window that I’m always filling with seed. The birds go there to get their food every day, and I don’t see them worrying about it.

Jesus pointed out that worry doesn’t lengthen our lives, yet our culture today seems obsessed with trying to do that very thing. We spend billions of dollars in an attempt to live longer lives.

Of course, we may improve the quality of our lives through healthy choices and exercise. There’s a place for that. But ultimately it’s God who determines how long we’ll live.

And the most important decision we can make is the decision to follow Jesus Christ. I remember when I first went to a Christian meeting. I looked around at the Christians and thought they were basically crazy people. But as I saw the smiles on their faces, their sense of joy, and the peace emanating from them, I tried a new thought on for size: What if the Christians are right? What if it’s all true? What if God actually can be known in a personal way?

Immediately, I dismissed that thought as crazy. But the guy who was speaking said, “If you want to give your life to Jesus, I want you to get up and walk forward, and I’ll lead you in a prayer.” And the next thing I knew I was standing there, praying.

I found out that it all was true. That can be you, too. Your life can change.

“Don’t let your hearts be troubled. Trust in God, and trust also in me. There is more than enough room in my Father’s home. If this were not so, would I have told you that I am going to prepare a place for you? When everything is ready, I will come and get you, so that you will always be with me where I am.” —John 14:1–3

From Outreach Magazine  An Evangelism Equation for Non-Evangelists

But to some, Jesus will sadly but firmly say, “Depart from Me. I never knew you.” God wants nothing more than to welcome every person, made in his image, to heaven. But the only way to get there is through the provision that God has made, which is Jesus Christ, his Son.

Jesus went on to say, “I am the way, the truth, and the life. No one can come to the Father except through me” (John 14:6). There’s only one road that leads to Heaven, and that’s the road through Jesus Christ, who died on the cross for our sins.

Yet we hear people claim that if you live a good life, you will go to Heaven. So let’s just say, for the sake of a point, that it’s true. But how good? Are you sure that your life is good enough? And whose definition of good are we going with? Your definition? My definition? Should we vote on it?

Here’s what the Bible says: “For everyone has sinned; we all fall short of God’s glorious standard” (Rom. 3:23). The word sin can be translated “to cross a line.” Every one of us has crossed the line. So we’re separated from God.

And if you don’t believe in Jesus, you will not go to heaven, because heaven isn’t for good people; heaven is for forgiven people.

There’s hope today for the so-called hopeless generation, for millennials, and for Generation X and baby boomers as well. You can go from hopelessness to hope, from emptiness to fulfillment, and from guilt to forgiveness. Hope has a name, and it’s Jesus Christ.