Home Features Why You Are Already a Sending Church 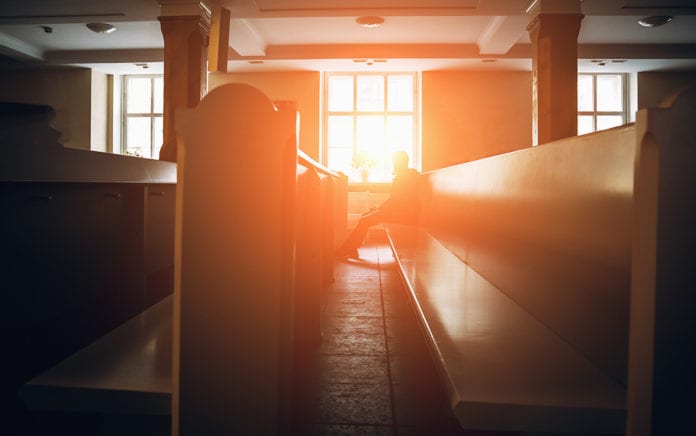 Jesus’ Great Commission to make disciples to the ends of the earth starts in your community.

I stood with my hands opened before me, eager to receive the word of benediction: “The Lord bless you and keep you, the Lord make his face to shine upon you and be gracious to you, the Lord lift up his countenance upon you and give you peace” (Num. 6:24–26). After the “Amen,” I turned to pick up my things and head out to crawl through another week in the world when I heard the worship pastor continue speaking over the congregation: “In the name of the Father, Son and Holy Spirit you are sent.”

What was this? Did he just say what I think he said? I was familiar with a biblical blessing after a service, but here was an additional word, a commissioning word for pilgrims on the way. Turning to my wife with a look of surprise I asked, “Did he just commission us?” She confirmed that I heard him right. An older couple standing behind us knew that we were visiting and added, “That’s exactly what he said. We hear it every week.”

While I was still chewing on the blessing of the benediction, I was being commissioned to carry the good news I had just received into the world. This moment left its mark on me and shaped how our young church plant on the Westside of Indianapolis concludes our weekly worship gatherings to this day. But it so much more than a missional way to end things; the triune commissioning is a weekly reminder that we are a sent people; we are a sending church.

But standing in that worship gathering on that day, I began to rethink what it means to be a sending church—a congregation that is sent and sends its members … not someday, but today. Let me explain.

It Is Who We Are: We Are A Sent People

Each week as the people of God gather for worship, we reenact that scene on the first Lord’s day when the disciples, gathered behind locked doors for fear of the Jews, encountered the risen Lord in their midst. After giving evidence of his glory and power, Jesus spoke a word of blessing, “Peace be with you” ( John 20:19). He imparted his Spirit and sent them out to bear witness to his resurrection. Is this not a liturgy for the people of God? This liturgy shapes us. It defines us. Each Sunday, we come to church as people whose hearts and lives are prone to fear, trepidation and unbelief. And yet when we encounter the presence of Christ everything changes as he blesses, empowers and sends us to herald the good news of his reign and rule. This liturgy says that we are not only a gathered people, but we are a sent people. The gathered church is a commissioned church that is sent into the world—today.

From Outreach Magazine  How to Face Rejection as a Leader

It is imperative that we don’t wait for some time down the road to become a sent people when we are a sent people right now. Leaders, speak this reality over the Lord’s people. So many of us don’t live in light of this reality because we have never, or seldom, told our congregations that we are a sent people. A way of kicking a “sending church someday” mentality to the curb is to regularly declare our identity as sent people today. It is who we are, so let’s remind each other of it (also see Heb. 10:24–25).

It Is What We Do: We Are A Sending Church

Prior to that day when I received the triune commissioning, I was thinking that being a sending church meant mobilizing people from Indiana to India. But when the Lord told his disciples that they would bear witness to him after receiving the Holy Spirit, he outlined for them a progression that is easy to overlook. The Lord said that they would be his witnesses in Jerusalem first, then Judea and Samaria, and to the ends of the earth. If you are anything like me you jump to ends of the earth. But when we embrace our identity as a sent people, we naturally become a sending church where we are.

Fleshing this out has been a priority for us from day one. We might be a small core, but we are a sent people, so each week we began to send one another with a blessing and a commission. Our weekly commissioning sounds something like this, “Wherever your feet find you, gossip the gospel. In the name of the Father, Son and Holy Spirit you are sent.” With that ringing in our ears we send each other into the nooks and crannies of Indianapolis with the good news on our lips. And amazingly enough, what we’ve discovered is that the ends of the earth we desired to reach someday really weren’t that far away. The nations are scattered throughout our neighborhood. We can meet people from around the world simply by crossing the street or spending a Saturday afternoon at the park.

We still have dreams of reaching India and the nations in our hearts. We are not limited by our locale, but compelled to prayerfully seek ways to send laborers beyond the borders of our community. The gospel has a wonderful way of spreading past our limits, to places beyond our reach, through people here in our midst.

As we’ve learned what it means to be a sending church today, this has encouraged our hearts profoundly. Now at the end of each worship service I stand with arms outstretched and hands open, eager to extend the blessing of God’s Word over his people and with great joy send the church into the world to speak the good news we’ve received. We are a sent people. We are a sending church. Friends, you are sent.