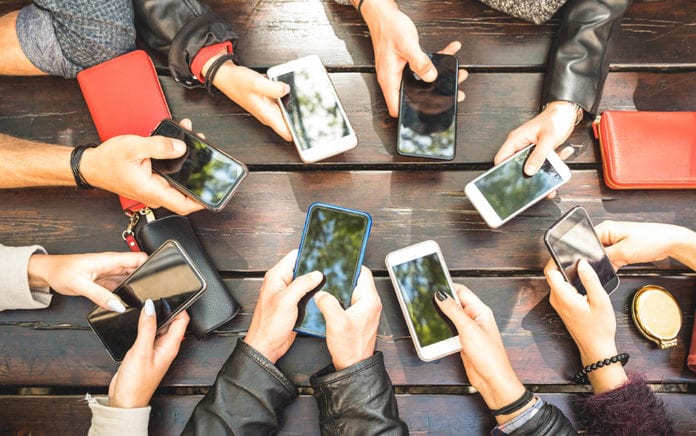 Church leaders are increasingly losing their ability to reach the next generation of non-Christians. Here’s why.

If you want to reach post-Christian, post-modern people—in other words, the next generation—how do you do it, effectively?

Although you might not know it if you just perused social media, the majority of churches are plateaued or dying. And even among growing churches, not all growth is coming from people with no church background.

Some—not all, but some—growing churches are just consolidating the Christians who are still around and giving them a new place to gather.

If you really analyzed what percentage of churches are truly attracting post-modern, post-Christian people, you might be a little surprised at how low that number is.

Three typical responses to this problem include taking pot-shots at growing churches, criticizing church leaders and lamenting about how bad current culture is. But none of these responses is in any way productive.

So, instead, what if we focused on the real issue, namely, figuring out what it takes to reach people who don’t know Jesus?

That’s why I’m so grateful for Andy Stanley’s recent contributions to the conversation.

Andy’s new book, Irresistible: Reclaiming the New That Jesus Unleashed on the World, does a deep dive into exploring the kind of message Christians need to focus on to connect with unchurched and de-churched people.

You can listen to an interview I did with Andy on his new approach to apologetics here.

Whether or not you agree with everything Andy says in the book (Andy’s had a few critics as he’s made his arguments), what the critics seem to miss is that the current generation of church leaders is losing the conversation with non-Christians. In fact, often, we’re not even in the conversation anymore.

That’s why what Andy has to say is so valuable. We need to change the conversation because the current conversation is making less of a difference every day.

Something fundamental is changing in our culture, and many Christian leaders are missing it.

Arguing among ourselves or rehashing apologetic approaches from generations ago isn’t going to reverse the growing indifference Christians face when we share our faith.

I think Andy is right in sounding the cultural alarm bells that our current approach isn’t working.

Here are five reasons what a lot of us are doing today won’t advance the mission the way we hope tomorrow.

1. Your Voice Is No Longer the Only Voice.

Just a generation ago, the majority of people went to church, North American culture was at least nominally Christian, there was no internet, information was harder to come by, and most people simply trusted what they heard from their local pastor. In some cases, the pastor was the most educated and most listened to person in the community, and certainly in a church attender’s life.

From Outreach Magazine  Todd Renner: The Choice to Change

It could hardly be more different today. The internet means you can learn about anything, anytime, anywhere. And people do.

Of course, you know all of this, but in most churches, we still behave like it wasn’t true.

Most of the people who attend your church and everyone you’re trying to reach has Googled their way to an opinion on almost everything. They’ve binged listened to Joe Rogan, Sam Harris and a host of others, and come to you with pre-formed opinions on almost everything.

It’s not just going away to college that crumbles faith anymore. Many teens and young adults have YouTubed and Reddited their way to their own views on God, Jesus, spirituality and the church.

Do all of these views hold water? Of course not.

But that doesn’t stop people from holding them.

2. Hostility Is Giving Way to Indifference.

If you look at the way many Christians are approaching the culture today, you’d think the church is under siege from critics. And in some respects, that’s true.

And indifference is a much harder issue to deal with. Hostility means the person angry with you is still engaged. Indifference means you’ve lost them … at least for now.

Indifference is a very different opponent than disagreement or hostility.

Maybe it’s rooted in the fact that the church has largely stopped caring about the world.

3. People Are Looking for Love, Not Judgment.

A lot of Christians are upset with the cultural changes that have happened in the last decade. And I’m not saying we shouldn’t be alarmed.

But it seems like our response to the culture is to judge it.

If God so loved the world, who gave Christians permission to hate it?

Too often, they tell us, they find:

Andy’s argument about love is compelling because it really is the heart of our faith. In fact, I seem to recall both Jesus and the Apostle Paul saying that without it we don’t have anything.

And it creates this tragic irony: The love that is so palpably absent from so many churches is the very thing the world is searching for.

Before you get defensive, ask yourself this question: When was the last time you stood in line hoping someone would judge you?

Judgment is a terrible evangelism strategy.

4. The Church Increasingly Feels Like a Club to Which No One Is Invited.

As the culture becomes more and more post-Christian, a growing number of people aren’t sure how to even engage church.

Think about it: If you’re a practicing Christian, how comfortable would you be randomly walking into a mosque next weekend, or a synagogue, or a Buddhist Temple?

Second, you’re not even sure when they meet, how to dress, what the customs are, what to do, where to go. The list is endless.

So it’s really no mystery as to why truly post-modern, post-Christian people aren’t flocking to most churches.

As someone who lives in a country (Canada) that is 20–30 years more post-Christian than America, I can assure you that, to outsiders, churches seem more and more like private clubs to which no one is invited.

The bridge, of course, is a personal invitation.

And that invitation is only likely going to be effective if the person you’re inviting likes you and loves you.

And that brings us back the previous point. It’s really hard for non-Christians to believe you love them if you behave like you don’t like them.

5. Too Many of Us Are Answering Questions No One Is Asking.

Too many preachers are answering questions no one is really asking anymore.

For example, many times in messages I’ve outlined the manuscript evidence that shows the scriptures we have today are in fact, with only tiny, minor variations, the scriptures that were written long ago. In other words, we’re quite certain that the version of the first letter of Paul to the church in Corinth that we have is what Paul actually wrote.

That’s important to know (and important to me) for many reasons. And a generation ago that would be enough to convince people to lean in a little harder.

Today, though, a growing number of post-Christians would say “I don’t care whether what you’re reading was the original letter from Paul himself. So what?”

So many preachers are still covering the what of Christianity, (which is important), but ignoring the so what.

In every area of our communication, we should be drilling down the core issues.

Carey Nieuwhof is a former lawyer and founding pastor of Connexus Church in Toronto, Canada. He’s the author of several best-selling books, including Didn’t See It Coming: Overcoming the Seven Greatest Challenges That No One Expects But Everyone Experiences. This article originally appeared on CareyNieuwhof.com.