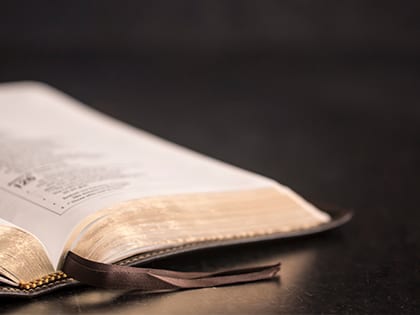 “If we read the Bible with a missional hermeneutic, we will see all of life through the same lens of mission.”

I sat down to coffee with a good friend last week to catch up and chat and dream a little bit about how we might change the world. I don’t know that we really answered that definitively, but he did at least pose a rather astute question. We were talking about the tendency of churches to turn mission into programs or departments in the church instead of allowing mission to shape all that they are and do. He asked a simple question, Do you think that a lack of understanding of the overarching narrative of Scripture contributes to that tendency?

And I think I’m in pretty good company.

Chris Wright is a missiologist, professor and prolific author whose focus has been mainly Old Testament scholarship. He has written incredible works on knowing God through the Old Testament. However, his most informative work pertaining to missions is, I believe, The Mission of God: Unlocking the Bible’s Grand Narrative.

Wright argues for a new perspective on understanding the Scriptures and missions and suggests a different approach to both than what has been the norm. When studying missions, many people search for a biblical basis for missionary practice, by which I mean that they search out particular parts of the Bible that are expressly missionary in nature. There is a general consensus that Genesis 12, Isaiah 6, the commissions given by Jesus in the New Testament and other similar texts form the foundation on which modern Christian missions is to be built. Those are certainly missionary texts, but Wright would argue that they are missionary texts because every verse in Scripture is a missionary text.

He writes that instead of searching for Scriptures that support involvement in the missionary enterprise, the entire Bible should be read with a missional hermeneutic.

From Outreach Magazine  Why Pastors Have a Unique Responsibility to Counsel

In other words, we should read all of Scripture through the lens of God’s redemptive mission in the world.

He begins with the idea that God has a mission; he is a sending God, by which he accomplishes his mission. The Father sent the Son, and they together sent the Holy Spirit. All mission since is “participation in and extension of this divine sending” (63) and is presented to us as a grand historical metanarrative, the Bible. He presents that narrative in four major movements: creation, fall, redemption and future hope (64). This is a perspective Wright sees as not merely important for the church to rightly engage in mission, but imperative. “A missional hermeneutic of the Bible,” says Wright, “explores the nature of biblical authority itself in relation to mission (51).” His view is that missions is the purview of the biblical narrative, and that narrative is the authoritative voice for all human missions. If we read the Bible with a missional hermeneutic, we will see all of life through the same lens of mission.

“A missional hermeneutic proceeds from the assumption that the whole Bible renders to us the story of God’s mission through God’s people in their engagement with God’s world for the sake of the whole of God’s creation (51).”

Sending churches operate from the perspective that all of life—every aspect—is meant for mission. No part of our lives is our own; none is excluded from the redemptive purposes of God in the earth. That view is fueled by a missional reading of Scripture, so I highly recommend this book for helping develop such an approach to Scripture. It is the most thorough and clear handling of the topic I have seen, and though it is a lengthy read at 530 pages, it is worth the investment.

From Outreach Magazine  A Reset Moment for the Church

The Bible presents the mission as belonging to God, and we are participants in his mission. As such, once you’ve completed this book, I’d suggest moving on to Wright’s The Mission of God’s People: A Biblical Theology of the Church’s Mission. This book assumes the missional hermeneutic espoused by the first, but focuses in with pinpoint accuracy on the role of the church within God’s mission.

Remarkably, the first 10 chapters of this book that focuses on New Testament mission build the foundation completely from the Old Testament, demonstrating the aforementioned missional hermeneutic. Part of Wright’s starting point is that all of the church’s work is, in fact, mission. “Everything a Christian and a Christian church is, says and does should be missional in its conscious participation in the mission of God in God’s world (26).” The rest of the book describes and details how that is so. One of his final challenges is this:

“If our journey in the central chapters of this book has taught us anything it is that the people whom God has called into partnership with himself in his great redemptive mission need to take a look at themselves. They need the constant challenge that comes from the enormous privilege it is to be called by God’s name and entrusted with God’s mission (282).”

The Upstream Collective exists to train churches to think and act like missionaries both locally and globally. This article was originally published on TheUpstreamCollective.org.