Home Features The Cost of Gaining the World 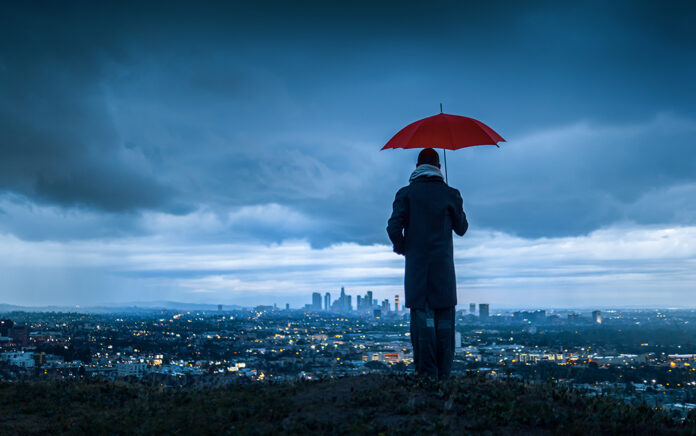 Don’t let secondary things keep you from following God with all your heart.

At one time or another, we all have used excuses. Now, there’s a difference between a reason and an excuse. A reason is legitimate; an excuse is not. One of the best definitions I’ve ever heard for the word “excuse” is this one: the skin of a reason stuffed with a lie.

Excuses go back to the beginning of human history. It was Adam who offered the first excuse after he ate the forbidden fruit in the Garden of Eden.

Instead of admitting what he had done, Adam replied, “It was the woman you gave me who gave me the fruit, and I ate it” (v. 12).

Then Eve offered the second excuse: “The serpent deceived me. That’s why I ate it” (v. 13). In other words, “The Devil made me do it. I’m not responsible.”

We all have used excuses, and we all have certainly heard them.

The Invitation of a Lifetime

Jesus told a story about a king who was throwing a wedding banquet for his son. But when the invitations went out to the guests, instead of joyfully responding to the incredible invitation, they began to offer excuses.

It’s helpful for us to know a little about the culture of the time to understand what Jesus was saying. To be invited to a feast like this would have been a great privilege After all, the king was throwing it. No expense would have been spared, and everything would have been building to this great celebration.

If you were to receive such a special invitation, you would have been asked to RSVP. Now, if you couldn’t attend, you needed to let the host know, because it would have been a great expense to provide your meal, a garment for you to wear and so forth.

On the other hand, if you agreed to attend, nothing would keep you from honoring that obligation. Then a second invitation was sent out to inform you of the time it would take place. To reject the second invitation would be a supreme insult.

In Jesus’s story, people accepted the first invitation. But when the king sent out messengers with the second invitation, “the guests he had invited ignored them and went their own way, one to his farm, another to his business” (Matt. 22:5).

The original Greek implies they were careless and neglectful in response to the king’s invitation. They blew it off as though it meant absolutely nothing.

These aren’t even good lies. They’re lame, shallow excuses, and they’re downright insulting. Yet these are some of the same excuses people offer as to why they cannot follow Jesus Christ.

Let’s look at excuse number one: “I have just bought a field and must inspect it” (v. 18). To this person, possessions were more important than God. His real estate was more important to him than a relationship with God Almighty. It has been said that a man’s love for real estate is often an indication of his real state before God.

Jesus said, “And what do you benefit if you gain the whole world but lose your own soul?” (Mark 8:36). Some people dedicate their lives to the accumulation of possessions. They think that things will fill the void in their lives, and it can keep them from God.

Don’t Let Your Career Keep You from This

The second excuse was this: “I have just bought five pairs of oxen, and I want to try them out” (Luke 14:19). This man would have used the oxen to plow a field, which is how he made a living.

Now, we all must make a living, so there is nothing wrong with having a career. And there’s nothing wrong with being successful in your endeavors. In fact, we ought to try to be successful. I believe that as we honor the Lord, we will do well. It doesn’t surprise me when I hear of Christians who are at the top of the game in their professions.

But don’t let your career keep you from Jesus Christ. If you don’t have time to go to church or spend time reading your Bible, then you need to change your schedule somehow. If you will put God first in all things, He will bless you in your career and in the work that you do.

Here’s excuse number three: “I just got married, so I can’t come.” (Luke 14:20). This makes no sense at all. It seems to me that his wife would have loved to go to a royal banquet prepared by a king. But it wasn’t a reason; it was an excuse.

There are people today who won’t follow Jesus Christ because they’re afraid of how it will affect others. They’re afraid their boyfriend or girlfriend might break up with them, their friends won’t hang out with them anymore, or it might cause friction in some other relationship.

Well, then, let it cause friction, because that friction could result in their coming to Christ. If you are allowing a relationship to keep you from Jesus Christ, that is probably not a relationship you should be involved in.

Jesus said, “If you want to be my disciple, you must, by comparison, hate everyone else—your father and mother, wife and children, brothers and sisters—yes, even your own life. Otherwise, you cannot be my disciple” (Luke 14:26).

There is nothing wrong with owning a house or having a career or spending time at home with your husband or wife. But if our affections and possessions are so important to us that they become excuses to turn down Jesus, then we need to make changes in our lives.