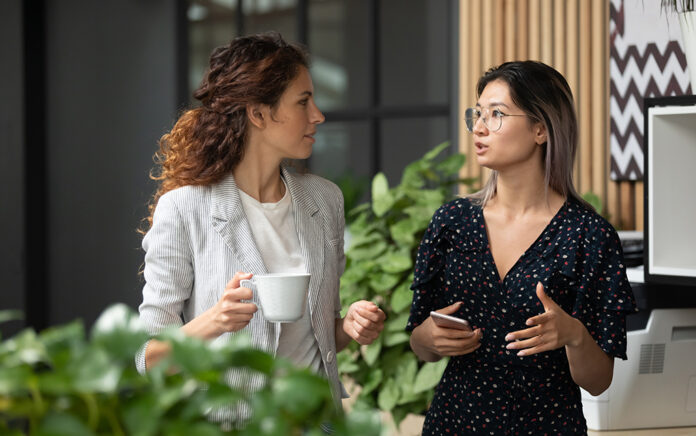 The keys to getting better at hearing people with humility, love and hope.

Recently I had the opportunity to attend an open rehearsal with the Oregon Symphony. Now I love to listen to classical music, and because I am from a family of musicians, my ear has been trained to hear the different instruments and melodies and rhythms.

But what amazed me during the rehearsal was the things the conductor could hear, which I did not. He stopped the orchestra again and again, to correct subtleties and nuances that I had missed. In many areas we need to be trained to listen.

Then over the weekend I read that two MIT neuroscientists have discovered that singing evokes a unique response in the human brain. They identified a previously undiscovered group of neurons in the auditory cortex that respond specifically to songs—not to speech, or other sounds, not even instrumental music. Just singing.

We are hardwired by God to listen—in some surprisingly specific ways. And we can be trained to listen better. But we also need the desire to listen.

THE BIBLICAL BASIS OF LISTENING

Listening is part of godly wisdom. “Ears that hear and eyes that see—the Lord has made them both,” says Proverbs 20:12. Even more to the point, “A wise person listens to advice” (Prov. 12:15), and “He who answers before listening—that is his folly and his shame” (Prov. 18:13).

In his letter, James advises, “Everyone should be quick to listen” (James 1:19). The distinguishing characteristic of his followers, says Jesus the Good Shepherd, is that they listen to his voice (John 10:27).

We need to adopt the posture of the young Samuel: “Speak, Lord, for your servant is listening” (1 Sam. 3:10). We need to listen with the open heart of a child. A listening posture goes hand-in-hand with biblical faith.

MY OWN EXPERIENCE WITH LISTENING

When I was invited to share some reflections on listening, my initial reflex was to protest that someone else should take this assignment, maybe someone with training in clinical psychology, or a professional facilitator with a whole toolbox of skills for listening.

But then I remembered that over the last more than 50 years I have done numerous interview-based research projects, including two dissertations on church leadership, and two commissioned studies in India. And having being married 47 years, with two children and eight grandchildren, and having pastored multiple-staff congregations in three different regions of the US, then having spent the last 12 years serving the global family of Lausanne, I realized that I have done a lot of listening.

So I thought I could share some things I have learned personally about listening. I’d like to share these brief thoughts as answers to three questions.

1. What Does a Listening Posture Communicate?

First, listening is a posture of humility. When I listen, I am admitting, “I don’t know everything about what you think. And I don’t know everything that you have experienced.” What people believe, and how they respond, makes a lot more sense once you know their story, where they have come from, what has shaped them. While listening, I need to suspend judgment, and avoid leaping to conclusions.

Furthermore, I may be ignorant—not just about you, but about the situation we are talking about. I may be mistaken. I may have blind spots. And your knowledge, your perspective, your insights, may enlighten me. I need to learn. You have something to share that I need. It takes humility to admit that, and to listen.

Second, listening is a posture of love. When I listen, I am saying, “You matter. What you have to say matters. I want to know you better, to understand you better. You are worth the investment of my time. I am willing to enter into your joys, and into your sorrows, as you share your story.” When I listen, I express love.

And third, listening is a posture of hope. When I listen to someone, I communicate that I believe that as we listen to one another, we can find common ground. We can live in peace with one another, and move forward together.

No matter how different we may be from one another, in geography, or culture, or language, or life experience, or education, or social position, or age, we are both created in the image of God. Christ died to save us both, and both of us are capable of being transformed into the image of Christ, and of participating in the advance of God’s kingdom. We can be better together. We can find a basis for collaboration.

Listening expresses hope, as well as humility and love.

2. What Shall I Listen For?

But what shall I listen for? I would suggest three things.

First, listen not only to the words, but also to the emotions behind the words. Be attentive not just to what they are thinking, but also to how they may be feeling.

Second, listen not only to what is being said, but to what is not being said. What is missing in the timeline? Which people or which circumstances would you have expected to be part of the narrative, but are not? Which voices in their lives—including God’s—are they trying to be attentive to, and which are they not mentioning? Sometimes I can draw out what is not said by asking follow-up questions.

And third, listen not only to what they are saying, but the reasons they are giving for what they are saying. For example, you might ask, “Tell me why you feel that way. What has caused you to come to that conclusion?” Maybe there are factors in their story that would help you understand better how their perspective has been shaped.

3. How Do I Communicate to Someone That I Am Listening?

• Ask open-ended questions.I can communicate that I am listening by asking questions that have several possible answers, questions for which I can’t predict their answer. This is in contrast to asking leading questions that control the conversation, like a prosecuting attorney who already knows the answers before asking the question. So, for example, as an attentive listener, rather than ask, “When did you become a Christian?” I might ask, “Can you tell me about some of the key steps in your spiritual journey?”

• Don’t speak too much. Resist the temptation to fill the silence. Leave room for pauses in the conversation. When I am really listening, I am not just nodding my head while mentally preparing to blurt out my response, or to share some parallel from my own life. When I am listening well, it is not about my story, but about their story. There is a time to be silent (Eccl. 3:7), and to listen.

• Don’t be reactive. I can communicate I am listening by not reacting to intellectual or emotional triggers that I may encounter in what they are saying. As a good listener, my first job is not to argue point and counterpoint. As a pastor, and as a parent, I learned that I needed to be unshockable, because there is no faster way to shut someone down than to explode with anger or indignation or shaming or blaming or, “How could you?” or “How dare you?”

• Focus. I can communicate that I am listening by focusing—not texting, or reading other material, or watching TV, or checking email, while mechanically saying uh-huh. Good listening is not the time for multi-tasking. It’s so easy to say, “Oh, don’t worry, I’m still listening.” But the very fact the other person asked if you were listening, or that you felt you needed to protest that you really were listening, is a warning signal.

• Repeat what the other person has said. One marvelous tool that I learned years ago was the advice to say, before responding to another person’s communication, “What I hear you saying is …” restating their point, and then allowing them to affirm or correct my understanding before giving my response.

• Invite them to tell you more. I have found this to be a deceptively simple but powerful way to communicate I am listening. You can just use the phrase, “Tell me more,” and wait for their response. You may need to say it several times before they fully unpack what they are thinking.

• Take notes. I admit that this depends on the context. In some cases, note-taking can be distracting. In some cases, it can raise suspicions. But during the India research, involving hundreds of leaders in dozens of cities, I explained why I was taking notes, that I wanted to remember accurately, and to review what they had said, confessing the inadequacy of my memory alone. And most understood and appreciated that. But I needed to learn to write rapidly, while retaining good eye contact. So sometimes I am the only one who can decipher my notes afterward.

Let me add one concluding observation I have learned, and am still learning. That is, ensure that you have listened well before replying, evaluating, concluding, or acting. Remember Proverbs 18:13: “He who answers before listening—that is his folly and his shame.” Such wisdom is needed in every corner of the world today.

Editor’s Note: In the past couple years, the Lausanne Movement has held extensive calls with evangelical leaders from all over the world to assess the key priorities for global mission leading up to the Seoul 2024 congress. Steve Moon and Eiko Takamizawa lead a Global Listening Team which has prepared a summary and analysis of these conversations in a full report. This article was adapted from a talk the author gave to the Global Listening Team on the importance of listening.