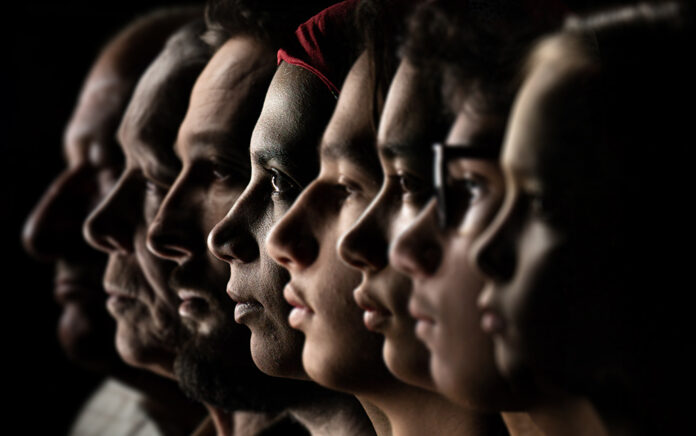 Why the Exclusivity of the Gospel Is Actually Good News

Ironically, people today who tell us that we need to be tolerant are very intolerant of the gospel. In fact, I have found that the most intolerant people are those who are always telling us to be tolerant.

I’ve heard people say that Christians are so intolerant, but I don’t think that is true at all. Actually, I think Christians are the most tolerant people of all. Of course, we unapologetically believe in absolute truth.

But usually it’s intolerant people who say they don’t like the fact that we believe in absolute truth, and they’re tolerant of everyone except us.

What happened to their tolerance? Where’s all the love?

To proclaim that Jesus Christ is the only way to God will offend some people. So why do we proclaim it? It’s because the Bible clearly teaches it. This is what we as Christians call an essential, a nonnegotiable.

Jesus stated it as succinctly as it could be said: “I am the way, the truth and the life. No one comes to the Father except through me” (John 14:6). The Bible also tells us, “Nor is there salvation in any other, for there is no other name under heaven given among men by which we must be saved” (Acts 4:12).

So when I state that as fact, it will offend some people.

However, my job, if you will, is to simply tell the truth. It would be like going to a doctor who runs a series of tests and discovers a problem. But then the doctor doesn’t want to tell the patient the truth for fear of offending him or her. That doctor’s job is to diagnose a problem and then prescribe a course of action.

In the same way, as a Christian, I have to tell the truth about a person’s condition, which, according to the Bible, is sinful. I have to tell him or her what the problem is and then offer the solution through Jesus Christ. As a result, people will be offended by that.

But what about the people who have never heard this at all? Would God send them to hell? This is an incorrect view of God; the idea that God would somehow want to send someone to hell, or at the very least, wouldn’t care if someone went to hell. That is not the God of the Bible.

If we learn nothing else in the Bible, we learn that God loves humanity and longs for fellowship and friendship with us. We learn that God doesn’t want any person to go to hell, and the best evidence of that is the fact that he poured out his wrath on his Son, Jesus, on the cross.

No father wants his child to be harmed. Any father would gladly take that harm or pain upon himself if he could. But God loves us so much that he put his judgment on his Son who had never committed a single sin. This was so we could be pardoned, so we would not have to go to hell.

God said, “I take no pleasure in the death of wicked people. I only want them to turn from their wicked ways so they can live” (Ezek. 33:11). And we are reminded in 2 Peter 3:9 that God “does not want anyone to be destroyed, but wants everyone to repent.”

We will be judged according to the light we have received. In other words, we will not be held accountable for what we don’t know. Now, that doesn’t excuse us from all responsibility. Otherwise, we might say, “Well, ignorance is bliss.”

God longs for fellowship with humanity. He longs for friendship with you. Looking back to the garden of Eden, we see this in the very timbre of God’s voice as he called out to the wayward Adam, “Where are you?”

Was God oblivious to Adam’s whereabouts? Of course not. God knew exactly where he was.

For example, when my granddaughter Stella was very young, she wasn’t that great at playing hide-and-seek. She would say, “Papa, find me!” while she was hiding in plain view. So, I would play along to humor her.

When God was calling out to Adam, it wasn’t because he didn’t know where Adam was. Effectively he was saying, “Adam, where are you? Adam? I miss our times together. Adam, why did you eat the forbidden fruit? Why are you hiding from me? Adam, I want to talk with you.” That is the heart of God.

If you want to see how God feels about this world, look at the trio of stories Jesus told in Luke 15. God is compared to a woman who lost a coin, a shepherd who lost a sheep and a father who lost a son.

Each of these stories gives us a different glimpse into the heart of God.

Wherever we go, he will be there waiting. God doesn’t hang out exclusively in churches. God is present everywhere. Before you were even conceived, God knew you were coming. When you were but an embryo, God had his eye on you. When you were formed in the womb of your mother, he was waiting. He has been calling you to himself.

The fact of the matter is that God will reveal himself to the true seeker.

From Outreach Magazine  5 Grave Dangers for the Local Church