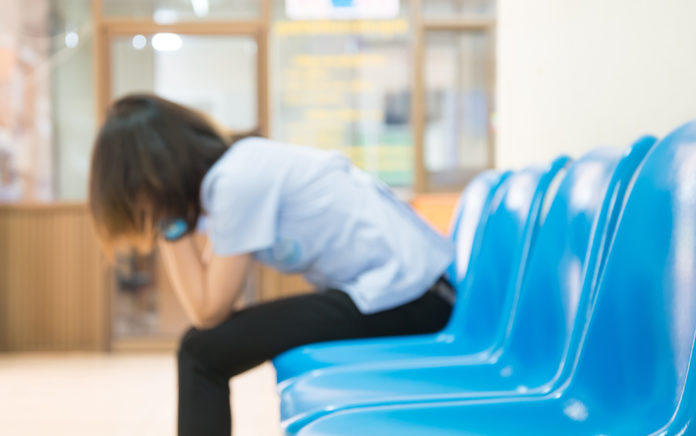 God will not disappoint those who wait for him.

In obedience to God’s command for every Israelite family to dedicate their firstborn to him by means of an offering, Mary and Joseph take a young Jesus to the temple to present their gift.

Once there, they are greeted by Simeon, who the Bible says was “righteous and devout, looking forward to Israel’s consolation, and the Holy Spirit was on him. It had been revealed to him by the Holy Spirit that he would not see death before he saw the Lord’s Messiah” (Luke 2:25–26). He recognizes Jesus and takes him in his arms, praising God for fulfilling his promises through the baby.

I imagine Mary and Joseph are pretty taken aback when an old guy suddenly runs up to them, grabs their baby, and starts singing. I can’t read that story without imagining them thinking, “Hey, hey, respect the distancing, please! You at least have to sanitize before you do that.”

In addition to Simeon,

“There was also a prophetess, Anna, a daughter of Phanuel, of the tribe of Asher. She was well along in years, having lived with her husband seven years after her marriage, and was a widow for eighty-four years. She did not leave the temple, serving God night and day with fasting and prayers. At that very moment, she came up and began to thank God and to speak about him to all who were looking forward to the redemption of Jerusalem.”—Luke 2:36–38

Simeon and Anna have a lot in common. They both spent a lifetime hanging around the temple, waiting for something, and both saw their longing fulfilled in Jesus.

The Bible says Simeon was waiting for “the consolation [comfort, relief] of Israel.” For most Jews, that pointed to political deliverance. For nearly 700 years, Israel had been subject to oppression by foreign powers. It had started with the exiles to Assyria and Babylon, but after that came subjugation by the Persians, the Greeks, and then the Romans, under whose rule they were now and who were the worst of all the oppressors. Even when the Jews were in their homeland under self-rule, their kingdom did not have near the glory it once had under King David or King Solomon.

Israel was waiting—for deliverance, for justice, for restoration to promised glory. Simeon, being old, represents that posture of long waiting.

Anna was a widow for 84 years after being married for seven. It’s safe to say that no girl of 16 dreams of her life turning out this way—being married for only seven years, having your husband die, and then living for 84 years alone. Widows were particularly hard-pressed in those days, usually with little means of providing for themselves. Anna represents someone for whom life has turned out very differently than she expected or hoped. Hers is not so much a yearning for political deliverance; she yearns for personal relief and comfort.

Through their long anticipation and watch for the Messiah, Simeon and Anna show us that Jesus comes to those who wait.

Sometimes we talk about the Christian life as if it is instant fulfillment, where God gives immediate answers to prayer requests. We think that if we do “A,” God will give “B,” but that is not always true.

Maybe you are in a posture of waiting right now, and it feels dark. You may be confused or even feel abandoned.

Waiting is often a season of longing for something to be set right. Injustice seems to reign all around you; maybe you yourself have been the victim of it. Maybe you, like Anna, are yearning for some need to be fulfilled. Life just hasn’t turned out the way you expected. Maybe you are grieving the death of a child or another miscarriage. Maybe you are mourning a broken relationship. You’ve tried everything you know to try. You’ve gotten advice and prayed and believed and worked hard.

God will not disappoint those who wait for him. He will not let you be put to shame. No one who has ever waited on God has ever been let down. You will not be the first.

Waiting is an essential, even appointed, part of the Christian life. We’re all waiting for the second coming of Christ, for the new heaven and the new earth, for Jesus to come and make things right and for all the sad things in our lives to come untrue.

Whether you have a specific need or just a yearning for heaven, Simeon and Anna show you that waiting doesn’t mean you are doing something wrong. God sees you. He has not forgotten you. He will deliver you at just the right time.