Home Features Why Unmarried Should Not Mean Alone 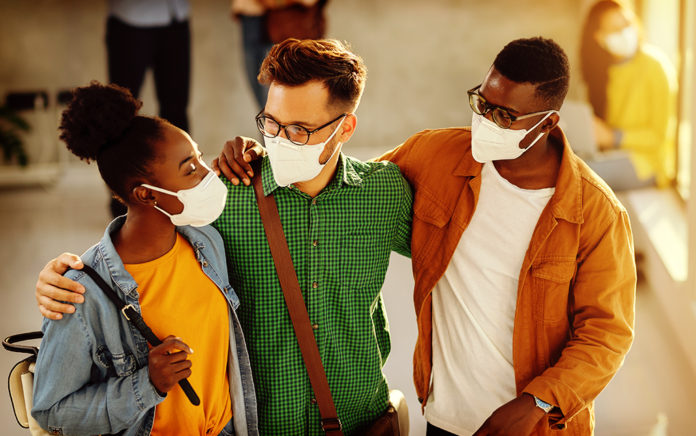 Marriage is not the only way God provides for our need for community.

While singleness can be a gift that allows you to be more devoted to God’s kingdom, I’ll often hear people say, “All you really need is God anyway.” That sounds really nice and spiritual, and I’ve probably said it before without thought.

The problem is, God never says that. He said, “It’s not good that man should be alone.” He didn’t look at Adam in the Garden and say, “You’ve got me. Be content! That’s enough.” He created us—all of us—with the need for companionship.

Many people get this, but they then assume that marriage is the primary way God intends to meet that companion-need. But while marriage provides companionship, marriage is categorically not the only way God meets our relational needs. Consider Jesus’ words:

“Truly, I say to you, there is no one who has left house or brothers or sisters or mother or father or children or lands, for my sake and for the gospel, who will not receive a hundredfold now in this time.” —Mark 10:29–30

The ultimate community in God’s kingdom is the church—a blessing we receive not just in eternity but in this time.

I recently finished Rebecca McLaughlin’s excellent book, Confronting Christianity, in which she deals with 12 of today’s most difficult questions for Christianity. In a chapter on same-sex attraction, she writes:

“[A friend of mine] said it seemed unfair that same-sex attracted Christians should be sentenced to loneliness. I was reading the book of Acts at the time. I observed that, while the first Christians faced every kind of suffering, even being stoned to death, there was one struggle they did not face: loneliness. If we reduce Christian community to sexual relationships and the nuclear family, we are utterly failing to deliver on biblical ethics.”

For believers in the first century—single or married—the body of Christ was their first community. In the church, God fulfills our need for companionship and gives us a spiritual family that will last for eternity.

It is understandable if a single person wants to have kids. Yet in the kingdom of God, spiritual offspring are much more important and eternal than biological offspring. If you are single or unable to have children, get involved in the discipleship ministries of the church. While it’s okay to mourn the lack of ability to have biological kids—because that is a real loss—by grace, even that grief can be transformed by the joy of having eternal spiritual children.

One of the Summit’s single missionaries came off the field just a few months ago, where she’s served for six years, and shared this note with us:

“[For the first few years on the field, I grieved the “loss” of being able to have biological children, but God used that] by grace and through tears, to make me the proudest and most joy-filled (spiritual) mom on the planet the day I saw my spiritual son baptized in the unreached corners of East Asia.

“I don’t know what it’s like to hold my baby for the first time. I’d imagine it feels like your heart’s about to burst. I imagine that because that’s how I felt as this young man came up from the baptismal waters. It was a beautiful moment for me.

“The doctrine of spiritual children has by far been the most inspiring, joy-giving, biblical doctrine … maybe of my whole life.

“And another perk—I only had to wait six months for a spiritual grandbaby.”

If you are single, there will be aspects of life that remain unfulfilled. I don’t want to minimize that. But God says he will empower you to endure those longings. I’ll say it plainly: God can enable you to live a happy and fulfilled life without sex. Remember, the most joy-filled, love-filled man who ever walked the face of the earth lived without sex. Jesus was a eunuch, so to speak, who never had biological children, but God gave him spiritual children all over the world.

The other things marriage supplies—companionship and offspring—God gives you now, in an ultimate, eternal form, through the church.