Home Features Will This Season Be a Moment or a Movement for Justice? 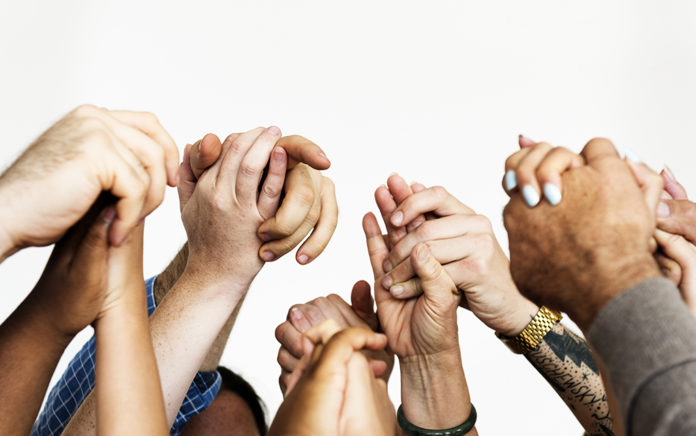 This article originally appeared on MissioAlliance.org and is reposted here by permission. Not long ago, in response to the groundswell of support for racial justice surfacing around the country, the author and cultural critic Ta-Nehisi Coates was asked, “What do you see right now?” In previous interviews over the years, Coates has been pessimistic about the possibility […]

Not long ago, in response to the groundswell of support for racial justice surfacing around the country, the author and cultural critic Ta-Nehisi Coates was asked, “What do you see right now?” In previous interviews over the years, Coates has been pessimistic about the possibility of racial equity. Once, when asked by Stephen Colbert on The Late Show if he had hope for this country, he replied bluntly, “No. But I’m not the person you should go to for that. You should go to your pastor; your pastor provides you hope.”1 It was more than a little surprising, then, when Coates answered this recent interviewer much differently. “I can’t believe I’m going to say this, but I see hope and I see progress right now.”2

The question of whether this moment of racial reckoning is somehow different than the countless others in our nation’s history is on many people’s minds. The responses fall somewhere along the spectrum represented by Coates’s two very different answers. For some, there is hope. I recently heard the theologian Drew G.I. Hart, author of an incisive book about Christianity and race titled Trouble I’ve Seen, make the point that never before have so many non-Black people publicly advocated for the well-being of Black people—that this moment feels singular, unique in its possibility for real and lasting change.

Others are less optimistic. After all, there have been so many other moments latent with possibility, so many halting steps toward justice met by fierce resistance from those determined to defend the racial hierarchy. Of these defenders of the status quo, James Baldwin wrote:

“I must honestly confess that I go through moments of disappointment when I have to recognize that there aren’t enough white persons in our country who are willing to cherish democratic principles over privilege.”3

For some, after the police killings of Ahmaud Arbery, Breonna Taylor, George Floyd and so many others, disappointment has turned to despair. These days recall, as theologian Willie James Jennings recently put it, the “lifelong fight against a menacing hopelessness.”4

HOW WILL WE LOOK BACK ON THIS MOMENT?

But what if Coates is right, not about what these days will lead to, but about the possibilities they present to us? Imagine that 100 years from now our great-grandchildren look back to 2020 as moment of anguish that was turned into a sustained movement for justice. What would need to happen now?

I ask this question as a white pastor. I’m thinking historically about the unique role played by white Christians over the centuries in creating and sustaining the racial hierarchy which continues to wreak such terrifying havoc. I’m remembering the white Christians who articulated a theology which justified land theft and the genocide of Native Americans, preached a gospel that legitimized slavery, organized churches which excluded African Americans, opposed movements for voter enfranchisement and integrated schools, and stand proudly with a president who makes a mockery of Scripture’s mandate to pursue justice for the oppressed and offer hospitality to the marginalized.

I’m also thinking theologically about the directions Jesus gave to his follower to make disciples, other followers who would proclaim and embody Jesus’ gospel. Have white Christians fulfilled this command? The segregated nature of our churches and our ongoing complicity with injustice provides a clear answer.

If this pressing moment is to mature into a movement for racial justice, it will be due in part to white Christians reckoning with our ugly history while renewing our theological imaginations with a vision of multiracial solidarity. As unlikely as this sounds, I cannot shake the conviction that Jesus intended his followers to respond to moments just like this one. After all, churches are built for the long haul. Our shared vocation, as pastor and author Eugene Peterson wrote, is a “long obedience in the same direction.” We understand that following Jesus, being transformed by Jesus and imitating Jesus in the world is a journey measured in years and generations. In other words, at their best, our churches are made for sustained movement in a world captivated by spectacular moments.

What I’m describing is actually quite basic to congregational life; it’s discipleship. But unlike the discipleship in most white Christian churches, this spiritual formation must account for the deforming power of our racialized society. It compels white Christians to confess that we have conformed to the racist patterns of our society. This discipleship will lead us into genuine solidarity with our sisters and brothers of color.

Ta-Nehisi Coates was right when he said that people should go to their pastors for hope. But, for this to be a truly Christian hope, it cannot conceal from us the risky possibility of this moment. It should disturb rather than soothe the white Christian conscience. After all, our is a faith rooted in a future renewed. Our hope, then, must be marked by a courage which compels us to stand up amid apathy and violence and be counted among the disturbers of a false peace. “Since we have such a hope,” writes the apostle Paul, “we are very bold.” (2 Cor. 3:12)

Will these days be yet another passing moment, or will our children’s children bear witness to a movement for racial justice that flourished on our watch? A movement obliges each of us to find our place in the freedom struggle, including the White Christians who have long obstructed it. Will we finally find the courage to take our place? I am not optimistic, but if this tumultuous moment reveals anything, it’s that hope still remains.