Home Features Good News for Everyone 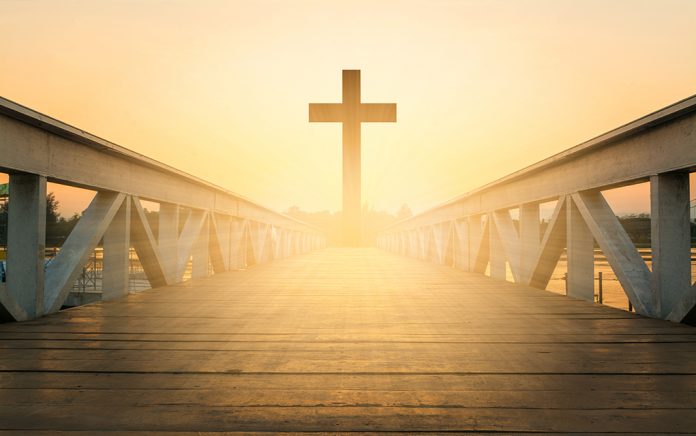 Christianity is unique for its radical inclusivity.

Salvation through Jesus Christ does not distinguish by ethnicity, economic background, education level, religious history or moral blamelessness. Everyone who calls on God’s name will be saved.

Romans 10:12–13 says, “Since there is no distinction between Jew and Greek, because the same Lord of all richly blesses all who call on him. For everyone who calls on the name of the Lord will be saved.”

Salvation through trust in the finished work of Christ on the cross creates the most inclusive community the world has ever seen.

“There is only one way to be saved” may not sound very inclusive, but all religious claims are inherently exclusive. I’ll prove it to you.

Suppose you say, as is very common to say in society now, “I think good people of every religion go to heaven.” That sounds very nice. It sounds inclusive.

But you’ve excluded a group of people, haven’t you? The “bad people.” Now, you may have valid reasons to argue that only good people go to heaven. But your argument is still exclusive. Good people are in. Bad people are out.

Here’s why that’s problematic. Who gets to define what is “bad”? Most likely, you do. And maybe you and I would agree on who qualifies as “bad.” Racists are bad. Child molesters are bad. Murderers are bad.

My point here isn’t to say what qualifies as good or bad—though, of course, that’s an important and essential element of Christianity. My point is that all of us already have a list. We already make judgments about other people. We already have lists deciding who is in and who is out. And all of our lists are exclusive.

From Outreach Magazine  Confronting the Challenges of Leading Evangelism

But the gospel of Jesus offers a different kind of exclusivity, because the gospel teaches that our acceptance with God is not based on anything about us. God gives salvation as a gift to all who will repent and receive it in humility and faith.

That produces a different kind of exclusivity. Tim Keller calls it a “humble exclusivity.”

What made the gospel in the first century scandalous was not whom it excluded but whom it included. Consider, for instance, the first church in the city of Philippi.

We might not register how significant it is that the first three converts in Philippi were a woman named Lydia (Acts 16:14–15), a young slave girl (16:16–18), and a Gentile jailor (16:25–34). But consider what Jewish rabbis prayed every day: “God, I thank you that I am not a woman, a slave or a Gentile.” Is it any accident that Paul followed God’s lead by planting a church in Philippi with … a woman, a slave and a Gentile?

The world had never seen that kind of community before. It never has since. The gospel alone, based on the work of Christ, produces this kind of inclusivity, which is why the gospel has produced the most demographically inclusive religious community the world has ever seen.

From Outreach Magazine  How to Recognize a Strong Leadership Vision

If our idea of heaven on earth is a group of white, American, English-speaking Christians, we may find actual heaven pretty surprising. Heaven on earth is the church, in all its multiethnic, multicultural glory, worshiping a brown-skinned, Middle Eastern refugee who showed us that the gospel is for everyone.

Like every other religious claim, Christianity is exclusive. But it’s the most inclusive exclusivism there ever was.