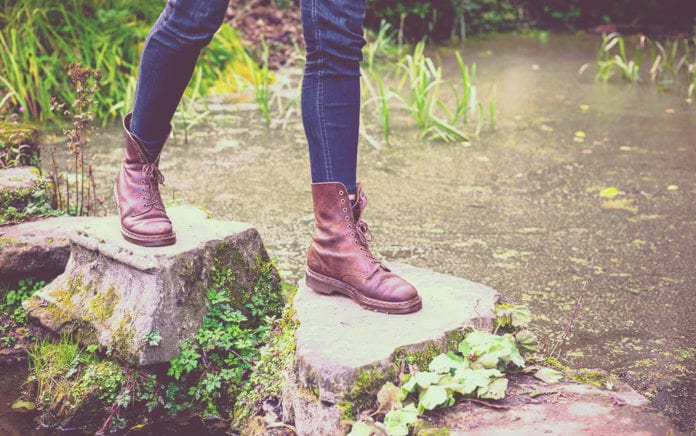 God does his greatest work through simple acts of obedience.

Throughout the book of Judges, we see time and time again that God brings down the most powerful tyrants through weak human instruments simply doing his bidding—like left-handed Ehud, cowardly Gideon, the impulsive powerhouse Samson, and Jael, a housewife with a tent peg.

The writer of Judges is trying to make a point: God doesn’t need our ability (he never has), only our availability.

God did it then, and he still does it today. He overturns unjust world systems through weak people walking in obedience.

You see, Judges was written to prepare Israel for Jesus. At the beginning of the book, the judges prevail through the traditional means of military might. But the numbers dwindle as you go along. Deborah was able to send out an entire army. Gideon only went to battle with 300 men. And Samson, the last judge in the book, stands alone.

This is no accident. Israel was being prepared for the One who would overturn all the powers of death and hell through one simple submission to the Father.

Jesus didn’t overturn death and hell through a mighty show of force; he didn’t come with a band of angels but through humble and faithful obedience, and he calls us now to follow him in obedience and trust.

And, just as God transformed the world through Jesus’ obedience, he’ll continue to do the same through our obedience.

It’s hard to think of a principle more applicable to parenthood, in which some days feel like a long string of mundane tasks, including changing diapers, getting kids to and from school, and trying to convince your kids that Cheetos and Pop-Tarts don’t make for a balanced diet.

Add to that reality that becoming a parent just makes you feel more ill-equipped than ever because parenting is just plain tough.

I’m convinced that parenting today is more complicated than when I grew up. For instance, if you’re a parent, you were probably pretty distraught when you left the hospital after having that first kid and you realized they didn’t give you an instruction manual. That’s not new. Our parents knew that terror, too.

But today, we often have the opposite problem: Everybody and their mother has opinions on how you can be the perfect parent.

I know from experience how suffocating that can be.

What Jesus says to you is not, “OK, here’s your perfect parenting manual. Better get it right.” Sure, the Bible instructs us on how to raise our kids, but he mainly calls us to obey and trust him as he fights the battle through us.

God does his greatest work through simple acts of obedience.

That should be an encouragement especially to those of you in the toddler trenches. What you’re doing may not feel like an honor. But it’s in a thousand small acts that your child is going to learn that love is unconditional: waking up at any hour of the night to help with a problem, large or small; comforting after a bad day at school or hurt feelings; forgiving and asking for forgiveness; believing the best, no matter what; and never giving up.

Those moments shape your children in profound ways, even though they are hidden, private and seemingly mundane.

Pastor Zack Eswine says, “Almost anything in life that truly matters will require you to do small, mostly overlooked things, over a long period of time.”

Sacrifice and compassion—done with hiddenness and humility—are never wasted in God’s kingdom. That’s the path of Jesus, who served those closest to him to the point of death.