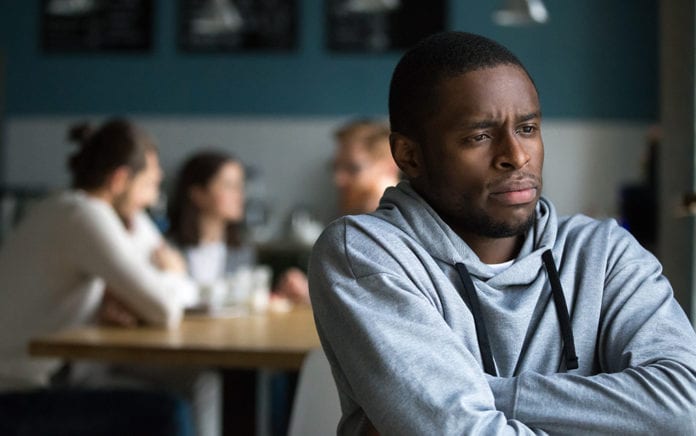 If you keep caring more about what your family and friends think of you than what God thinks of you, you’ll never do the things God has called you to do.

Jesus knew this because he lived it.

After Jesus reached age 12 his father Joseph vanished from the Gospels and was never heard from again.

Most assume Joseph died before Jesus started his public ministry.

The problem is there is zero historical evidence to prove this, other than Joseph’s absence in the Gospels during Jesus’ ministry.

Not being mentioned again doesn’t prove anything. Lots of people went on to live full lives after a brief mention in the gospels.

What if Joseph didn’t die?

In the Semitic culture in which Jesus was born, bringing shame upon your family was inexcusable.

We see this in Mark 3:21 when it tells us that when Jesus began his ministry his family went to “take charge of him, for they said, ‘he is out of his mind.’”

The only thing we really know about Joseph’s faith is that at Jesus’ birth it was said that he was “faithful to the law” (Matt. 1:19). When Mary came up pregnant, he chose not to have her stoned for adultery. Joseph was a good Jewish man who loved his wife.

There’s no statement in the Gospels about Joseph’s belief in Jesus’ divinity.

There’s no on-going explanation in the gospels of Joseph grappling with and coming to believe in Jesus as God’s Son through the years.

We’re left to assume that Joseph felt the same way about Jesus as Jesus’ mother and brothers: Let’s hogtie the kid and bring him back home before he can embarrass us any further.

In fact, Mark hints at their understanding of Jesus’ mental condition.

Immediately following Mark’s comment that his family came to “take charge of him” because “he has lost his mind” (3:20), Mark tells us:

From Outreach Magazine  7 Habits That Will Cripple a Leader

“Teachers of the law who came down from Jerusalem said, ‘He is possessed by Beelzebul! By the prince of demons he is driving out demons’” (Mark 3:22).

Ever wondered why we find a long list of physical ailments healed by Jesus (ex. issue of blood, epilepsy, leprosy, etc.) but never a specific mental illness that he healed?

It’s hard for people in the 21st century to grasp the dynamics of the honor/shame-based culture Jesus grew up in.

“Honor your father and your mother” (Ex. 20:12) was not only one of the 10 Commandments, but it was a driving cultural Jewish force. Rabbis filled volumes over the centuries expounding upon what that verse meant.

Simply put: A good Jewish son did not bring shame upon his parents.

“To those on the outside” (Mark 4:11)—Jesus’ brothers, sisters, mother and possibly his father—Jesus was “demon possessed” (i.e. mentally ill) but didn’t realize it.

This was undoubtedly a great dishonor for the family.

Could Joseph have simply died prior to Jesus starting his earthly ministry? Of course.

But it’s just as historically responsible to ask if Joseph shunned Jesus and refused to speak to him anymore.

If so, could this experience have formed the basis behind Jesus’ warning in Matthew 10:34–36 to all disciples who would follow him?

Which bring us to you.

The poet Mary Oliver starts her poem “The Journey” this way:

“One day you finally knew
what you had to do, and began,
though the voices around you
kept shouting
their bad advice …”

What voices do you keep hearing in your head as you step closer towards living out the dream God has for your life?

Whose voices are they?

And what do they keep saying?

That you’re not good enough? Committed sins that will hold you back? Don’t have what it takes? That you’re crazy?

God’s greatest servants all shared one thing in common: In the beginning, people shouted terrible advice at them.

That’s why as a disciple you must be willing to go it alone.

You must appreciate the voices for what they’ve meant to you in the past, but distance yourself enough from them that you don’t let them deter you.

After Jesus’ resurrection, his brothers and cousins and mother became leading figures in the early church movement. James, Jude, and a host of others eventually died for Jesus’ cause.

That’s an astounding reversal in just a few years.

But as disciples, we must never forget the loneliness Jesus felt when everyone abandoned him because they thought he was crazy.

Because it’s that exact same loneliness that will be weaponized by your friends and family to shame you back in line.

They want the old you back.

But you like the new you that you are becoming.

In between those two polar opposite visions for your life will be suffering.

You must be willing to suffer their rejection.

You must be willing to be misunderstood and be made fun of and risk losing what you had to become the person you could be.

Because deep down you know that if you keep caring more about what your family and friends think of you than what God thinks of you, you’ll never do the things God has called you to do.