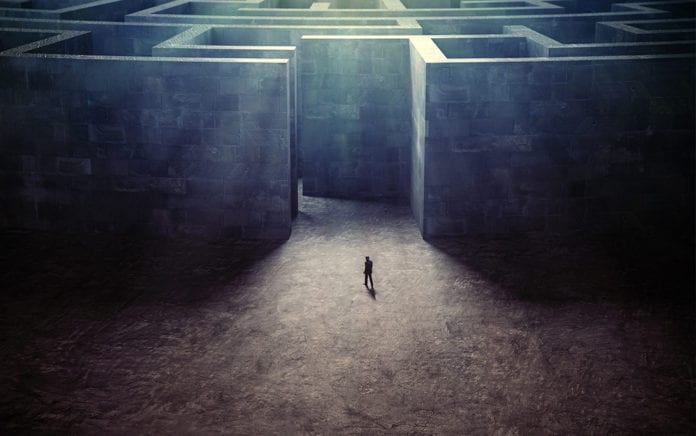 Our humanity longs for autonomy, but freedom only happens within the boundaries of truth.

Every year, Oxford English Dictionary selects its word of the year, a word that captures the culture’s fascinations and behaviors. In 2016, the word of the year was post-truth, which basically describes a mentality that elevates feelings and preferences over facts and truth. We haven’t abandoned truth, we have simply made it less important than our preferences and desires. It’s hard to think of a more fitting word to describe our culture.

This is the human condition. The post-truth mindset flowering today germinated in the original garden. God endowed Adam and Eve with freedom to enjoy relationship with him—the very purpose for which they were created. They had but one restriction: They could not eat of the Tree of the Knowledge of Good and Evil. If they did so, God said, they would surely die. They would become aware of evil, which would lead to a desire not just to know good and evil, but to determine good and evil. This would separate them from their true purpose.

Our Longing for Autonomy

Adam and Eve didn’t seem to be tempted by the forbidden fruit until Satan preyed upon their preference for autonomy. He claimed they would not die when they ate the fruit but would become like God. That’s how the fruit became desirable: Their purpose was to be with God but their preferences were to be God. Their preferences usurped the authority of God’s truth.

Humanity’s original sin stems not from our desire for freedom, but from our desire for autonomy. Freedom and autonomy are not synonyms. Autonomy comes from two Greek roots, autos (self) and nomos (law). To be autonomous is to be a “law unto one’s self.” Autonomy knows no boundaries. We can act, say, think, or even be whatever we want in any way we want. Objective purpose is gone, replaced by opinions and feelings. But if one person is a law unto himself and his preferences clash with another person’s—who is also a law unto himself—in a post-truth world, it won’t be truth that decides which preference wins. It will be power and eventually authoritarianism. When we sacrifice truth as the burnt offering on the altar of our autonomy, the rising smoke will choke the very breath out of freedom’s lungs.

Freedom is different because it (paradoxically) has boundaries. When my wife and I contemplated buying our house, we worried about the backyard. It was big, but it abutted a road of whizzing cars and trucks. If the yard had no boundary, my kids wouldn’t have the freedom to enjoy the backyard’s purpose. We’d be so worried that a ball might bounce into the road, chased by a child too carefree to look for fast-moving vehicles, that we wouldn’t allow the kids to play back there. But if we set up a boundary, the kids would have the freedom to enjoy the backyard’s purpose.

Truth is the boundary that gives us the freedom to enjoy our purpose. “You shall know the truth and the truth will set you free,” Jesus declared (John 8:32). For Jesus, truth is inextricably linked to freedom. He went further, claiming to be the truth that sets us free. “So if the Son sets you free, you will be free indeed” (John 8:36). The world seductively claims that our preferences lead to autonomy. Jesus says that truth leads to freedom indeed.

How does Jesus make us “free indeed”? A student asked me something similar at an open forum at Yale University. My answer was basically this: (1) We are beings made in God’s image, not mere flotsam or jetsam of an indifferent universe; (2) Our purpose was communion with God, yet we have forsaken that communion and have violated our purpose; and (3) Jesus died and rose again as a matter of verifiable history to restore our purpose. That’s when we can have freedom indeed. Freedom isn’t the ability to do or be whatever we want. It’s the ability to do what we want, in accordance with what we should, based on what we are.

From Outreach Magazine  Should Your Church Welcome Homosexuals?

The Word of the Year

We have forgotten who and what we are. Is it any wonder, then, that Oxford Dictionary’s 2018 word of the year is toxic? Our political discussions and even our relationships are toxic. It may seem hopeless, but I refuse to believe that it is. I’ve seen the Truth incarnate renew many minds and free many hearts. I’ve seen university students attend open forums sometimes by the thousands. At one such forum a student asked me how I maintained my integrity when there were ever present opportunities to betray the truth for a win. A moment’s pause and then this was the answer: “I became a Christian because the Truth had sacrificed so much for my sake. Remembering that has prevented me from sacrificing the truth for personal gain.” Truth has set me free. As our culture endures the toxic, post-truth hangover following our preferences binge, may we point to the only remedy there is: Jesus, the Son who makes us free indeed.