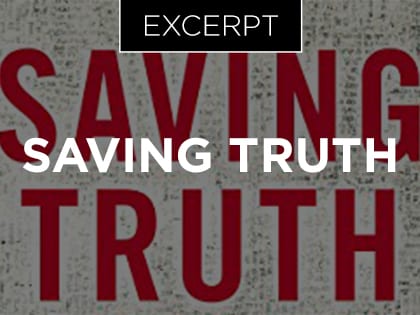 The U.N. recently had to restore its painting of the “Golden Rule.” It’s an apt metaphor of the need to restore human dignity.

It’s at once an eye-catching and heart-warming piece of art. At the United Nations headquarters in New York is a stone mosaic based on a painting by the famous American artist Norman Rockwell. With Rockwell’s characteristic detail and soft tones, the mosaic depicts people from different ethnic, racial and religious backgrounds standing in solidarity. Inscribed in it are the words, “Do Unto Others As You Would Have Them Do Unto You.” Inset into the beautiful visual art are the artful words that have come to be known worldwide as the Golden Rule. The mosaic has become one of the U.N. headquarters’ most popular attractions.

The Golden Rule mosaic had cracked and deteriorated over time, needing restoration. How strangely poetic. As our culture’s moral framework has crumbled, our understanding of the essence of human dignity has likewise cracked.

The restored Golden Rule mosaic was unveiled at a rededication ceremony during which U.N. Deputy Secretary-General Jan Eliasson explained its importance. “It reflects the very essence of our mission as set out in our charter,” he said. “At its core, the work is about narrowing the gap between the world as it is and the world as we want it to be.” Eliasson wasn’t suggesting that the U.N.’s function is to fashion and create a world as humanity sees fit. I think he was saying that the U.N.’s work, at least in intention, is to narrow the gap between the fractured, violent world we see and the peaceful, human-dignifying world we wish we lived in. It’s a noble sentiment, the realization of which has eluded us from time immemorial. In the culture of confusion where nothing seems anchored and uncertainty is lauded as virtue, we have to ask ourselves if we have any way to get back on track toward restoring a clear vision for the common good. Or will the fissures of confusion and uncertainty cause the mosaic of our hopes to further crumble?

From Outreach Magazine  Illinois Church for the Deaf Reaches the Unreached

The Golden Rule as inscribed on the U.N. mosaic is easily one of the most quoted and recognized idioms in human history. Yet we seldom realize who first uttered those words in that particular way. It was, of course, Jesus of Nazareth who said, “So in everything, do to others what you would have them do to you, for this sums up the Law and the Prophets” (Matt. 7:12, emphasis mine). This sentiment is also expressed in other religious and nonreligious traditions. In fact, the North American Interfaith Network gifted to the United Nations a poster also entitled “The Golden Rule,” bearing its many versions. Among others, the poster displays versions from:

1. Hinduism: “This is the sum of duty: do not do to others what would cause pain if done to you” (Mahabharata 5:1517);
2. Buddhism: “Treat not others in ways that you yourself would find hurtful” (Udana-Varga 5.18);
3. Islam: “Not one of you truly believes until you wish for others what you wish for yourself” (Hadith); and
4. Unitarian Humanism: “We affirm and promote respect for the interdependent web of all existence of which we are a part.”

Though subtle, there are important differences between Jesus’ wording and the wordings in other traditions. We’ll get to those later. But for now, it’s important to see that all these versions express the common belief that we should demonstrate the value and dignity of other humans by our actions.

And yet we’ve veered far from that common belief, haven’t we? Our social and political commentaries have gone from being polarized to Hitlerized as we indulgently use the word hate to describe anyone who doesn’t agree with our views. Our common understanding of human dignity has fractured. We’ve become tribal. Those with whom we agree have dignity; everyone else is a hate-filled adversary. We’ve forgotten that we need each other to fit into a unified, designed mosaic.

Astonishingly, this all happened in an age of unprecedented information flow and connectivity. As we hurl ourselves headlong into a future of artificially boosted brains, chemically enhanced bodies and culturally modified terms, we’ve lost sight of the fundamental definition of what it means to be human. We no longer pause to reflect on our basic foundations. Why not? Perhaps because pausing is impractical and slows us down. Nor does it yield easy-to-read pie charts or distraction-causing gadgets. Deep reflection amounts to nothing more than navel-gazing, or so our current thinking goes.

The truth is that our obsessions with technology, our own genius and our ability to self-define are the real navel-gazing. As we lose our grip on what it means to be human with inherent dignity, uncertainty and confusion take over. Technological, sexual, gender-based and bio-tech questions have brought about what French philosopher Dominique Janicaud called “unprecedented uncertainty about human identity.” And if we have unprecedented uncertainty about our identity, how can we hope to have any sense of common dignity that impels us to do unto others as we would have done to us? We need a return to clarity about human dignity if we are to bridge the gap between the way the world is and the way we want it to be. Pausing and reflecting on our humanity is practical and progressive after all.

Fundamental questions need re-answering. Do we have free will or are we just chemical machines? Are humans special in some way apart from other animals? If we’re not special, do we have anything like a sacred value? How can we justify our moral outrage at bigotry, racism and the like if what it means to be human is a matter only of molecules in motion? It’s difficult to answer these questions even when we do take the time to thoughtfully reflect.