Home Features Giving Thanks in All Circumstances 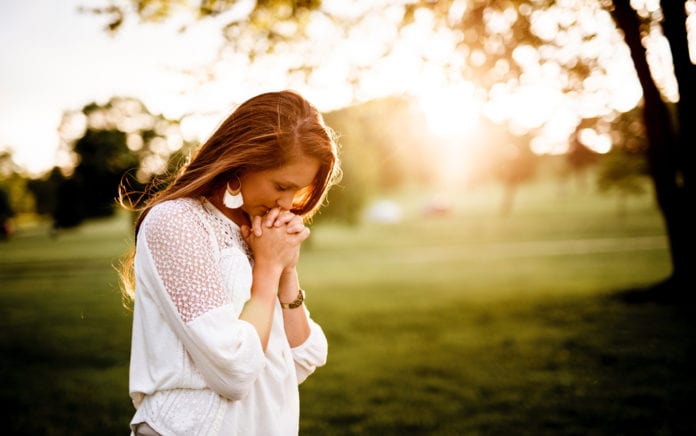 No matter our circumstances, God is worthy of our thanksgiving.

Thanksgiving is here, and of course that means Christmas is right on its heels. I think sometimes as we’re focusing on Christmas that we forget about what a blessing Thanksgiving really is. We live in a nation where we have such great freedoms that we never want to take them for granted.

Maybe you’re thinking, “You don’t know what I’m going through. I’m so stressed right now. I’m facing a problem, and I don’t want to give thanks.”

Maybe something great has just happened to you or you’ve heard good news. Tell God thank you. What about when things aren’t going well? You still need to say thank you.

The Bible says we should give thanks to the Lord because he is good (see Ps. 106:1). The Bible also says this about giving thanks: “Therefore, let us offer through Jesus a continual sacrifice of praise to God, proclaiming our allegiance to his name” (Heb. 13:15).

I believe the things that we call bad in this life actually may not be as bad as we think they are. We need a little time to pass until we can look back with some 20/20 hindsight and get the big picture. When I get to heaven and look back on my life, I think some of the things I thought were bad may actually turn out to have been very good things, because those so-called bad things produced something in me that was necessary.

Joseph was sent to prison after being falsely charged. I don’t think Joseph thought that was a good thing. But God was preparing him for something. In Joseph’s case, he would become the second-most powerful man on the face of the earth, second only to the pharaoh himself.

From Outreach Magazine  The Dulling of the Gospel

When I was a kid, I lived for a number of years with my grandparents, Charles and Stella McDaniel. They were from Arkansas, and my grandmother was the greatest cook of all time. She would make everything from scratch, and it was all Southern food. Her crowning culinary achievement, however, was the biscuits she would make. In fact, I’ve spent my life searching for a biscuit as good as my grandmother’s.

She used vegetable oil, self-rising flour and buttermilk to create these biscuits. Now, I’m not going to sit down and have a cup of self-rising flour for lunch, and I’m not going to drink a little vegetable oil. Nor will I drink buttermilk (though some people do; I don’t know why). But when my grandmother carefully brought all of those elements together and put them into a hot oven, out came those excellent biscuits.

God takes the events of our lives, both good and bad, mixes them together with expert hands, and puts them into the oven of adversity. And when it’s all done, we realize that it is good.

The Bible reminds us that “our present troubles are small and won’t last very long. Yet they produce for us a glory that vastly outweighs them and will last forever!” (2 Cor. 4:17).

In the original language, the phrase translated “in everything” means “in connection with everything that occurs.” This, of course, would not include our sins. I wouldn’t give thanks for a sin I’ve committed or for the repercussions I face as a result. But I would be thankful for the other things.

A classic example is Job. In a relatively short time, he lost everything that was precious to him. Yet Job gave thanks to God. He said, “I came naked from my mother’s womb, and I will be naked when I leave. The Lord gave me what I had, and the Lord has taken it away. Praise the name of the Lord!” (Job 1:21).

From Outreach Magazine  How to Develop a Healthy Multicultural Team

The Bible gives an account of 10 men with leprosy who were healed by Jesus. At that time, leprosy was an incurable disease. If you had leprosy, it was only a matter of time until you died. Plus, you were ostracized in your community.

These 10 men with leprosy asked Jesus to heal them, and Jesus did. But only one of the men returned to thank him. In fact, the Bible tells us that “one of them, when he saw that he was healed, returned, and with a loud voice glorified God, and fell down on his face at his feet, giving him thanks” (Luke 17:15–16).

Jesus said, “Were there not 10 cleansed? But where are the nine?” (v. 17). You see, we’re quick to receive blessings from God, but we’re not so quick to return thanks to God.

Maybe you’re going through what seems like a bad thing, but it actually may be a good thing. Tell your Father in heaven that you love him. Give verbal praise to God. I think that’s a very important thing for all of us to remember at all times—not only on Thanksgiving, but on every day of the year.