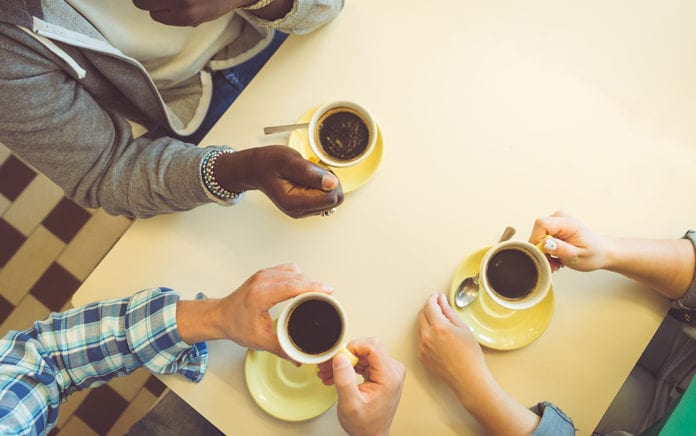 There are different benefits for meeting on campus and meeting off campus. Here are some helpful considerations.

I’m struck by the number of young leaders I know who’ve planted churches in facilities without capacity for small groups, but they now would like the option of groups meeting on a campus. Based on those conversations and discussions with church leaders whose groups do meet on campus, here are pro’s for each option:

THE CASE FOR MEETING ON CAMPUS

1. If structured accordingly, they provide clear options for child care and training. That is, the church can offer training for kids at the same time that adult groups meet.

2. Fellowship can be stronger when groups are meeting on campus. That’s because the entire body gathers at the same time. Even though they’re going to separate groups, they still see more members.

4. If the groups meet around worship, they can increase worship attendance. Group members can move together directly into the worship service.

5. Some unchurched folks with a church background are more comfortable coming to a church building than to the home of someone they do not know. That might change quickly when they get involved, but their first steps are often toward what they know.

6. Some guests will just show up because they’re seeking to get involved in a church. That may not happen often, but it does happen. Some hurting people make their way toward others who will help them.

From Outreach Magazine  5 Big Ideas That Will Improve Your Preaching

THE CASE FOR MEETING OFF CAMPUS

1. Some unchurched people are not likely to come to a church building first. They may come to a home, however, if someone they know invites them to come.

2. This approach requires believers to reach out. As noted above, a few people may “show up” at church. That’s not likely to happen, though, with small groups off campus. Almost always, somebody must do the inviting—and that’s a good thing for the sake of the spread of the gospel.

3. Relationships may develop better in a less formal setting. Conversations and life-on-life interactions often seem to be more natural in an off-campus location.

4. The group isn’t as governed by the clock. On-campus groups that meet according to a set schedule are often limited by time constraints; off-campus groups don’t always have that expectation.

5. These groups can influence various parts of the city. Homes and other locations thus become “mission stations” as group members reach out to their neighbors and co-workers. The church building is no longer the only site of Great Commission activity.

6. Off-campus groups don’t require costly space. Nobody has to build and pay for an educational building—thus leaving more funds for the mission.

What are your thoughts and experiences?