Home Features Multiplication: Over and (Down) Under 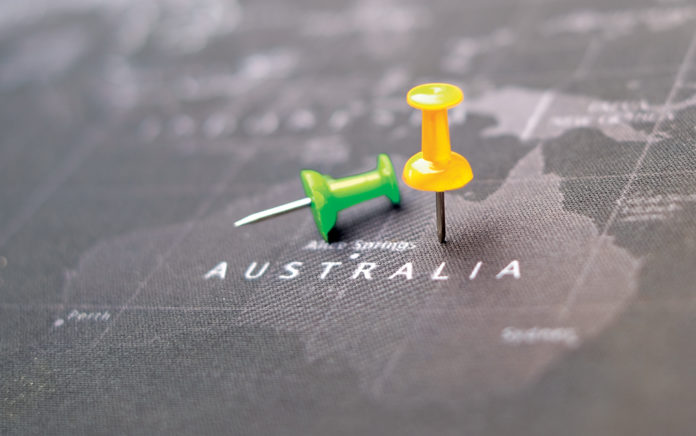 Three international leaders reflect on how God is building the church in Europe and Australia.

We know what’s happening with church multiplication in North America. We’ve seen the percentage of Level 4 reproducing U.S. churches move from less than 4% to 7%. But Exponential has always envisioned a world of multiplying churches. To help carry out the Great Commission to make disciples of all nations. Over the last five years, while Exponential has championed multiplication, that same message was stirring the hearts of church leaders in other nations.

Here, we talk to international leaders about the state of multiplication in Australia and Europe, the barriers they’re facing and how we can pray with them as they plant the gospel worldwide.

Tim O’Neill is leader of Acts 2 Alliance based in Launceston, Australia, where he pioneered the Tailrace Community Church and works to help raise up church planters. O’Neill is also a leader of the recently announced Exponential Australia.

Øystein Gjerme lives in Bergen, Norway, where he is the founding and lead pastor of the multisite Salt Bergen City Church. Gjerme is one of the leading voices in church multiplication in Nordic Europe and is a visionary for Exponential Europe.

Jürgen Eisen serves in Berlin, Germany, where he’s the founder and lead pastor of Equippers Church. He is CEO of Exponential Europe and has a vision to see a movement of Level 5 churches in Europe.

What does church multiplication look like in your part of the world?

Tim O’Neill: Sadly, in Australia very few churches are multiplying. In recent years, there have been many adoptions, replants and a lot of takeovers, with some new plants occurring. There is certainly an increased interest in church planting and disciple making, but I don’t see that it has translated into much fruit yet.

Jürgen Eisen: To be honest, we would rejoice if every church were a Level 3 growing church. We see more and more initiatives for church planting and reproduction—but multiplication seems to not be present—yet. But it will change.

What would you estimate is the current percentage of churches that multiply in your region?

O’Neill: While we don’t have accurate research, I would estimate that church multiplication in Australia is very low, perhaps only 1% of churches multiplying over a five-year time period.

Eisen: In Germany, especially the eastern side, 0%.

Gjerme: In the Nordic countries, between 1 and 2%.

What are your greatest external multiplication obstacles?

O’Neill: A number of issues contribute to the lag in Australia. It takes time and intentionality to change culture and also to put in place the leadership pipelines to raise emerging leaders as potential planters. There is also the issue of supportive infrastructure. We need groups that will assist with assessments, training, innovation, coaching and resourcing.

Eisen: Externally, it’s this culture that, for the most part, has left Jesus in the rearview window.

From Outreach Magazine  A Culture of Invitation: Pathway Church

Gjerme: The pandemic has closed many of our churches and has created an economic crisis. But we believe God is leading us through the challenging times of COVID-19 and pray that “his will be done and his kingdom come” through everything we do.

I would add that we have a lack of skilled workers and finances. Europe is tribalized. Everything we do has to be in numerous languages, and the need for professional and volunteer translators is tremendous. But the language barrier cannot be underestimated if we’re to reach Europe. Building up the resources for this is very important, but it also costs money.

What are the internal barriers?

Eisen: We have studied models around the world, learned the how-tos and copied everything we could. But the church needs to wake up. We need to start again.

Gjerme: In Northern Europe, we need more people to plant new churches and more willingness among established denominations and movements to send people and fund multiplication. The scarcity mentality needs to be broken.

O’Neill: The mindset and culture within the church presents a huge obstacle in many cases. Church members have been conditioned that their responsibility is to attend a church that will meet their needs rather than asking what it means to follow Jesus.

Church leaders need to shift their key performance indicators from how many come, to (among other things) how many are sent. Jesus told us that the problem wasn’t in the harvest but in mobilizing workers for the harvest. If we were effective at making disciples who willingly obeyed the commands of Jesus, we wouldn’t have the obstacles we do.

What would need to happen to catalyze multiplication in your country?

O’Neill: Change happens when awareness of the need to change becomes compelling. When life seems to work out OK, we often put up with the status quo and don’t take the steps that change requires. The number of people in churches in our country is declining. The growing churches are either growing because of the unchurched being reached or from people coming from other churches. When it’s the latter, a church may not see the need to change because they’re doing OK and are desensitized to the need to change.

But across our nation, change does need to happen. We need to be able to tell this story clearly and compellingly to change mindsets and to see appropriate models developed, and then to help church leaders grasp hold of and implement those new models.

Gjerme: I think, at least in Norway, we are on the right track. Multiplication thinking is now accepted and understood by key influencers in church and denominational leadership. We need some more wins, some great stories. I believe that within a few years from now we’ll see a new wave coming.

Eisen: We need models of churches breaking through. We need to have access to, and learn from, churches that are actually multiplying.

What do you identify as some recent spiritual breakthroughs both in your culture and in multiplication?

O’Neill: As terrible as it has been, the onset of COVID-19 has created opportunities. It has shaken up the rigid thinking that most leaders have probably had about how we do church, and given leaders license to not only adapt but to innovate.

Gjerme: Between now and 2025, we have 14 denominations cooperating to plant 400 churches. Other Nordic countries have similar national ecumenical focus groups. And then there’s this fall’s Exponential Europe.

Eisen: Right. Instead of our big conference in Berlin (canceled because of COVID-19), we’ve convened 130 roundtables across Europe—28 nations involved in a conversation about church planting and multiplication. That’s breakthrough.

What are the biggest multiplication opportunities in your region?

O’Neill: Our greatest opportunities relate to our passion for and belief in disciple making. We are deeply convicted that the church in Australia needs to be stimulated to learn and practice disciple making, church planting and church multiplication.

Gjerme: We’re seeing a new generation of young people emerging, asking the right questions to learn how new people can be reached with the gospel. If church planting can become their DNA early enough, then we can see lasting change. We believe that God will make a change in Europe.