Home Features Why We Need Networks 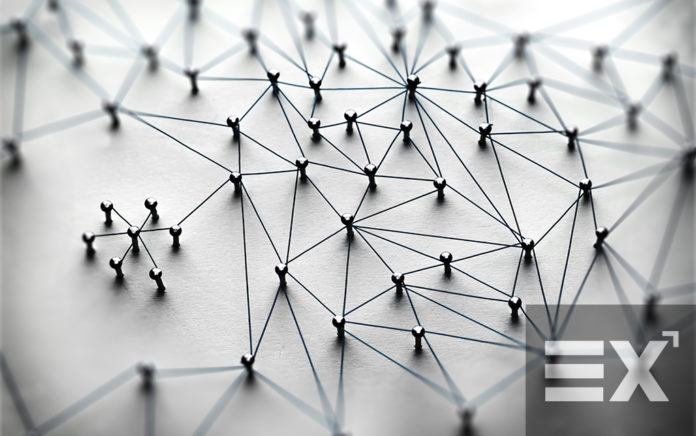 God can do amazing things through leaders who believe we are better together.

Today, Dave introduces the topic he’s been longing to share with us—the value of networks. And he prayerfully challenges all of us to take one of two actions:

As I said earlier in this conversation, changing the world is more than any one of us can do—but it’s not more than all of us can do together. Still, it’s going to require action, effort and initiative on my part and on your part. If you’re living together with God, your family, your team and your church, you are ready for what’s next—to join forces with the people God has placed around you in a network.

Don’t read this as if these words were meant for someone else; or as an inspirational devotion on the heroic tales of other Christ followers and leaders. These words are meant for you.

What’s happening with networks both here in the U.S. and abroad is first and foremost because of God’s remarkable favor; and second, because of how he is working through reproducing networks to create an infrastructure for movement.

I’ve seen networks work. At NewThing, I’m currently seeing network value and kingdom impact with my own eyes. What started for me as a bunch of college friends planting a church with a dream of reaching lost people in Chicago is now becoming an exponential movement of reproducing networks and churches all over the world, helping hundreds of thousands of people find their way back to God.

If you haven’t heard our multiplication story, we reluctantly started our very first church plant only after God made us. I say, “reluctantly” because while I liked the idea of church planting, I did not like the idea of sending and losing one of my best leaders to plant a church. I say, “God made us” because he really did force our hand and make us plant a new church.

After working together for several years, he looked at me and said, “Dave, I want to do what you did.”

“Plant a church; but I want to do it in Colorado,” he told me.

My stomach sank. I definitely didn’t want to lose one of my very best staff, and I certainly didn’t want to try and find another youth pastor. So rather than bless this idea or dismiss it, I decided to put him off.

“Why don’t you go out to Colorado?” I said. “Check it out and then come back and we can talk about it.” I was hoping this church planting idea would evaporate on the trip.

When he returned, I asked him, “Well, how did it go?” He had what could only be described as a smirk on his face when he said, “It went pretty good.” I wanted to know, “How good?” “Really, really good!” he said as he broke out into a full grin.

This is where God forced my hand and insisted that I bless this church plant. What I’m about to tell you is the first and only time I’ve heard of something happening like this so quickly and easily. While smiling ear to ear, he told me that he had met with two churches on this trip who had pledged at least $200,000 to help start this new church. I couldn’t believe it.

A few months later, I stood with him and his wife in front of all our staff and volunteer leaders, told the story and then challenged them, “If God is sending them to Colorado, then I think he is also sending some of you.” We had 35 people who quit their jobs and sold their homes or transferred schools so they could move 1,000 miles away to help start this new church.

I thought I was losing a youth pastor; but what I couldn’t see was that God was using this to give birth to a global movement of new churches. That church plant in Colorado was the beginning of NewThing.

The next year, we sent a team and a dozen people to plant a church in Southern California. Soon after, we helped plant a church in Michigan, then Manhattan, then Boston. Each week, the lead pastors from those churches would connect via teleconference to talk message prep and strategy, and then we’d travel twice a year and meet together. We called it “NewThing” from Isaiah 43:18–19: “Forget the former things; do not dwell on the past. See, I am doing a new thing.” We were just friends on mission with newly found enthusiasm for church planting and this new thing that God was doing through us.

Over the next couple of years, our circle grew larger and we were outgrowing our informal structure; so I suggested we form two New Thing networks and together we called it a movement. We asked each of the networks to meet monthly, create their own goals for church planting and share lessons learned with each other.

As we began to multiply networks, we began to multiply new churches and also churches that were committed to multiplication. Over the next five years, the network grew from 15 churches to 52 to 106 to 148 to 258 churches. As I write this, we are now more than 2,500 reproducing churches and 155 networks, working to catalyze movement in 40 countries. And we are humbly asking God to use us to see 10,000 churches planted and 10,000 churches committed to multiplication in all 196 countries of the world.

From Outreach Magazine  When No Is the Answer to Your Prayers

So, when I challenge you to join or start a network, it is because I’ve seen what God can do through leaders who sincerely believe we are better together.

A great example of a network in the Bible comes at the end of Paul’s letter to the Romans in chapter 16. Do me a favor, read the chapter through. Without getting bogged down in too much detail, here are a few things that jumped out to me:

• First, Paul knows these people and wants them to know he longs for them. They are friends on mission.

• Second, this diverse group of people consists of both men and women, slaves and free, Jews and Greeks; they are all included in Paul’s greetings.

• Lastly, I noticed there are multiple churches. One church meets in a house; another seems to be led by Narcissus.

You know what I think? I think Paul was a network leader, and what we have here is a final greeting to his network in Rome. We don’t know exactly what this network did together or how they did it. But it’s clear they were a network and that their relationships were deep.

In fact, relationship is one of the greatest benefits of a network. Networks produce friends on mission.

Many people mistakenly believe that if we just bring people together to create community, mission will result. Actually, it’s the opposite. If you bring people together around a mission, community will result. Community doesn’t create cause; cause creates community. One of the great benefits of a church multiplying network is that you get to be part of a growing group of friends on mission together.

I already confessed that what I originally wanted was to lead a church that had 200 locations. The vision of 200 Community Christian sites was partially inspired by the Spirit, but it was also encouraged by my ego. The possibility of that castle built by Dave Ferguson had to come crumbling down so that I could focus on building God’s kingdom.

As a result of God’s goodness and grace, I’m part of a collective of four church planting networks in Chicago that have a God-sized dream of more than 200 new churches in the suburbs and city of Chicago. We’re multi-denominational, multicultural and multi-socioeconomic; we have leaders that are Reformed and Armenian; we have those who are egalitarian and those who are complementarian; we have Pentecostals and those who aren’t! We have megachurches and microchurches. Networks build the kingdom not individual castles; and networks build the kingdom by tearing down the walls that divide.

Don’t you want that? Come on, I know you do. I am convinced that more networks will lead to more churches being planted. That’s why I want to help you get into a network.

Remember: We’re better together. It’s time for courageous action: Join a network. Or start a network.

The next part of this network conversation will help. We’ll take you on a tour of the various and unique network models. All are designed to make us better together. See you then.