Home Features Is It Possible to Be Hyperimaginative in Thinking about Heaven? 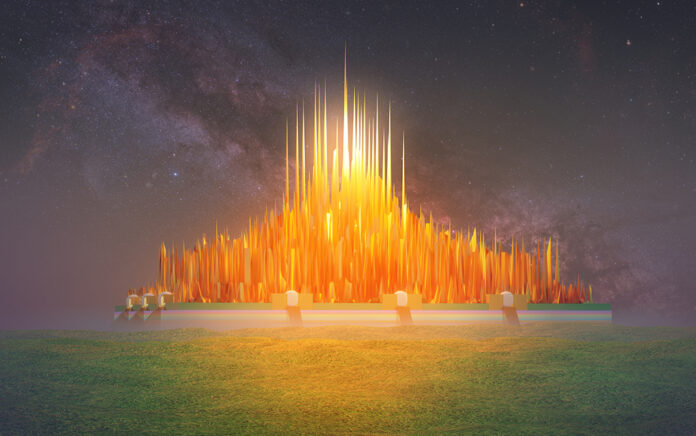 I believe that God expects us to use our imagination, even as we recognize its limitations and flaws. If God didn’t want us to imagine what Heaven will be like, he wouldn’t have told us as much about it as he has.

Here’s part of what I said in the book:

“We cannot anticipate or desire what we cannot imagine. That’s why, I believe, God has given us glimpses of Heaven in the Bible—to fire up our imagination and kindle a desire for Heaven in our hearts. And that’s why Satan will always discourage our imagination—or misdirect it to ethereal notions that violate Scripture. As long as the resurrected universe remains either undesirable or unimaginable, Satan succeeds in sabotaging our love for Heaven.

“After reading my novels that portray Heaven, people often tell me, “These pictures of Heaven are exciting. But are they based on Scripture?” The answer, to the best of my understanding, is yes. Scripture provides us with a substantial amount of information, direct and indirect, about the world to come, with enough detail to help us envision it, but not so much as to make us think we can completely wrap our minds around it. I believe that God expects us to use our imagination, even as we recognize its limitations and flaws. If God didn’t want us to imagine what Heaven will be like, he wouldn’t have told us as much about it as he has.

“Rather than ignore our imagination, I believe we should fuel it with Scripture, allowing it to step through the doors that Scripture opens. I did not come to the Bible with the same view of Heaven that I came away with. On the contrary, as a young Christian, and even as a young pastor, I viewed Heaven in the same stereotypical ways I now reject. It was only through years of scriptural study, meditation, and research on the subject that I came to the view of Heaven I now embrace.

“Nearly every notion of Heaven I present in this book was stimulated and reinforced by biblical texts. Though some of my interpretations and speculations are no doubt mistaken, they are not baseless. Rightly or wrongly, I have drawn most of them from my understanding of the explicit and implicit teachings of Scripture. Discussions of Heaven tend to be either hyperimaginative or utterly unimaginative. Bible believers have tended toward the latter, yet both approaches are inadequate and dangerous. What we need is a biblically inspired imagination.

From Outreach Magazine  The Key to Living a Life That Counts

“We should ask God’s help to remove the blinders of our preconceived ideas about Heaven so we can understand Scripture. The apostle Paul said, “Reflect on what I am saying, for the Lord will give you insight into all this” (2 Timothy 2:7). I encourage you to pray, “Open my eyes that I may see wonderful things in your law” (Psalm 119:18).”

By hyperimaginative, I meant fantasy-prone, to the point of being gullible and reading into things, and going beyond the actual evidence and any sense of objectivity. I would include the power of suggestion when people hear the various afterlife stories, such as young Colton Burpo’s claim of seeing rainbow unicorns in Heaven, as well as circles/halos around the heads of people. There is no suggestion of rainbow-colored unicorns in Heaven, or unicorns at all, and the idea of halos over people’s heads comes from medieval art, not from the Bible.

I’m not saying I know for sure God didn’t take him to Heaven, but I do know for certain that the statements made by people who claim to have been to Heaven should never be considered authoritative. God’s Word should be the only standard by which we judge which parts of people’s testimonies about Heaven we should and should not consider accurate.

To claim that one’s old friend who died, who was an avid golfer, is now playing golf in Heaven, is hyperimaginative, since the resurrection has not yet happened. Therefore, it seems unlikely this is happening in the present Heaven, though it is possible that it may happen on the future post–resurrection Heaven, which will be the New Earth. In fact, there is no reason I can think of why people with resurrected bodies would not play sports on a resurrected earth, even though we can’t know for certain until we get there.

There’s a difference between an overactive imagination and outright lying, of course, but the story of “the boy who went to Heaven” is a sad case demonstrating how far people can go in their imaginations, to the point of fabrications. That particular boy who claimed he’d gone to Heaven as related in a bestselling book (not Heaven is for Real, a different book) five years later admitted, “I did not die. I did not go to Heaven…I said I went to heaven because I thought it would get me attention.” He added this, something every Christian should take to heart: “When I made the claims that I did, I had never read the Bible. People…should read the Bible, which is enough. The Bible is the only source of truth.”

I think it is possible to speculate responsibly, especially about the future Heaven, in that the resurrection of people and the resurrection of the earth itself suggests many things that may well be possible on the New Earth. But no one should claim them with certainty. For instance, in the Heaven book I say it is possible that God could have us travel and explore new planets and galaxies in the new universe. That is speculation, but it is in keeping with what we already know about the universe God has created and the way the minds and hearts of people are wired.

From Outreach Magazine  The Beautiful, Electric Dynamic of Truth and Grace

An eternal, physical, earthly existence is fully consistent with what we know about resurrection bodies. Jesus ate and drank, walked, talked, taught, and cooked fish for His disciples. He said to them, “See my hands and my feet, that it is I myself. Touch me, and see. For a spirit does not have flesh and bones as you see that I have” (Luke 24:39). We are told our resurrection bodies will be like his (Philippians 3:21). This is not speculation; it is revealed truth. Based on these facts we know to be true about the nature of humanity in this life and the resurrection, and about this Earth and the New Earth, it is no stretch at all to say human beings could play golf and every other sport on the New Earth in their resurrection bodies. That’s just a logical extrapolation grounded on what the Bible tells us. To claim we know resurrected people will play golf is to go too far. But reasonable Bible-based speculation about the possibility of resurrected people playing sports on the New Earth is very different from saying, without any biblical support, that there are rainbow colored unicorns in the present Heaven or that people there have halos.

Here’s a full excerpt from my book Heaven about the limits and value of using our imaginations. And here are several blogs I did in past years about “visit to Heaven” books.