Home Features When Should a Church Use NDAs? 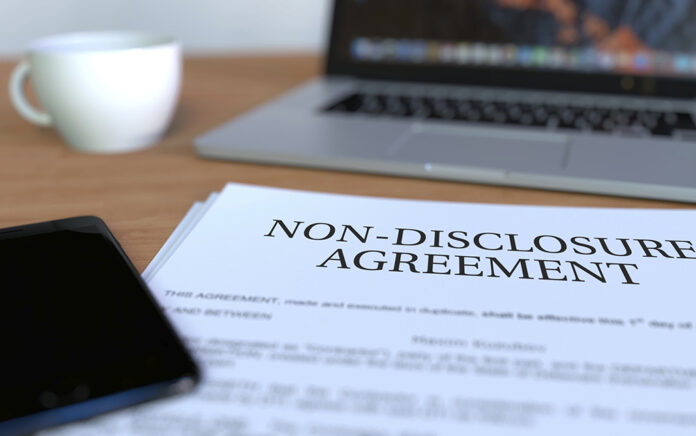 When it comes to protecting a company’s products and technology from competitors, this is all well and good. What isn’t well and good is when NDAs are used to protect leaders and organizations from bad behavior.

In the corporate world, a non-disclosure agreement (NDA) is commonplace. This is a legally binding contract that establishes a confidential relationship. By signing the agreement, the parties involved agree that sensitive information they may obtain will not be made available to others. This is also sometimes called a confidentiality agreement.

And it can be necessary, such as before discussions between businesses who are exploring potential joint ventures. NDAs allow them to share information freely and keep that information from competitors. Or for employees to sign to protect an employer’s confidential business information. For example, if you are working for Apple, you might be asked to sign an NDA to protect Apple from you sharing research for the next iPhone with, say, Google. It is also common to include non-disparagement clauses within an NDA as well, preventing employees from making any derogatory remarks about the business during and following employment. Breaking an NDA can result in lawsuits and severe monetary fines.

When it comes to protecting a company’s products and technology from competitors, this is all well and good. What isn’t well and good is when NDAs are used to protect leaders and organizations from bad behavior. What’s even worse is when they are used for this purpose by churches.

Yet that is what we are now learning has swept the church world. Scandal after scandal involving church and ministry leaders has revealed the extensive use of NDAs that had, until the dam broke, kept silent those who could have revealed the shadow life of the person or organization.

In research for her book Celebrities for Jesus, Katelyn Beaty spoke with a former employee of a Southern megachurch whose pastor has been criticized for lavish spending, prosperity theology and an authoritarian leadership style.

The employee told me that once they joined, “there was an instant spirit of fear.” Staff were expected to stand whenever the pastor entered the room and once planned an event where the pastor came out on a red carpet to take photos with attendees.

But of course, the employee had signed an NDA. There was no way for her to directly warn staff or attendees of what went on behind closed doors.

One church, facing a petition from current and former members to stop using NDAs, responded on its website:

Some of our separation or termination agreements in the past asked employees to agree “to not to disparage or slander the reputation of the church, its directors, pastors and staff, or any church members/attendees” and also states that the church “agrees to abide by this same condition” toward the staff member. The heart of this was to serve as a reminder for the church and the Christian employee to act in a Christ-like manner, avoiding gossip and destructive slandering that causes division, rather than unity.”

However, the group petitioning to end the church’s use of NDAs says that the church is using the NDAs to silence victims of abuse.

Let me be as clear as I know how to be: there is no place for NDAs in the life of a Christian church.

There is simply no proprietary information we would have to protect, or at least should want to protect. If a church has a breakthrough in terms of outreach strategy, why on earth (or in heaven) would you want to keep that from other churches? Why would you see another church as competition in the first place?

And there is no justification for using NDAs for the purpose of protecting church members from current and former staff persons who have knowledge about their personal lives. As noted on the #NDAfree site, launched as a global movement with a vision to see individuals, Christian organizations and local churches free from the misuse of NDAs, “professional staff are bound by principles of confidentiality (lawyers, doctors, ordained people, counsellors), for which they can be subject to formal complaints if they break confidentiality.”

Further, as the pastor of a large church (and it does seem as though large churches are the ones most often attempting to justify the use of NDAs), you do not need an NDA to protect the church’s database and passwords. Volunteers have no access to sensitive information through the database, and most staff have limited access beyond contact information and level of involvement. But no matter the level of access, once employment has ended, the employee’s password (each staff member has their own) is made invalid

I can think of only one reason why a church would use wide-ranging, all-encompassing non-disclosure and non-disparagement agreements—to keep people who work or serve there silent about things they might see or experience. And the only reason you would want to keep a staff person or volunteer silent would be to protect the church or its leaders from being revealed for such things as sexually inappropriate or abusive behavior.

I wholeheartedly agree that as Christ followers, we should not engage in gossip or the slander of others. But as Beaty writes: “The Bible praises people who love the truth and desire it to be known in full…. In many large churches and organizations, NDAs have served to conceal the truth and to protect the image of top leaders, allowing them to continue harming others entrusted to their care.”

And telling the truth, she adds, isn’t gossip or slander.