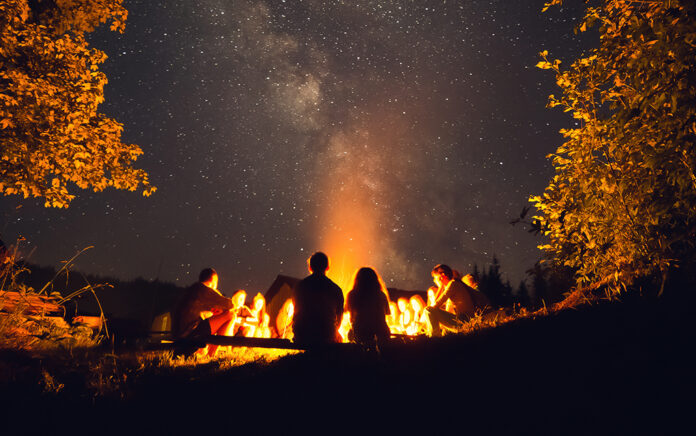 Recently, I spent five days serving as a chaperone with my church at a CentriKid camp. It was my 10-year-old twins’ first experience at camp and one of my first times back since I proposed to my wife at a Lifeway camp around 16 years ago.

Leading up to this year’s camp, I was praying for God to move in the lives of our kids. But I must admit, I was also hesitant about the trip. Spending 100+ straight hours with a bunch of loud, smelly, energetic boys is a bit much for my introvert-driven personality, and upon stepping foot in our cabin, I found myself initially counting down the hours until it was time to depart.

But by the end of the week, it was a different story. By that point, my nose had become so acclimatized to cabin life that I hardly noticed the mingled smells of sunscreen, bug repellant, and dirty laundry. What I did notice, however, was the way God had been moving in the lives of everyone on campus. It left me incredibly appreciative for the kingdom work Lifeway accomplishes through its camps ministry.

Here are five ways I saw God at work.

A couple days before leaving for camp, I received a text from a grandmother at our church. She asked how she and a senior-citizen church member could be praying for my kids during their week at CentriKid. I later learned that several older members of our congregation had been paired with the names of kids to individually pray for them while they were away from home.

Later at camp, I was encouraged to witness the tag-team efforts of college-aged CentriKid staffers and 30- and 40-something-year-old parents and chaperones leading children in spiritual conversations. From elementary-aged children to senior citizens, Lifeway’s camp ministry fueled the bonds of at least four generations in the church last week. It was a joy to observe this unified investment in the next generation.

Before shuttling to camp, I introduced myself to one of the kids who would be in my group that week. He had seen me around church before but didn’t know me well; he smiled sheepishly as he shook my hand.

The day before returning home, however, this same kid told me, “I wish you could ride back with us on the bus.” (I was driving separately with the luggage.) Upon telling him we’d see each other at church on Sunday, his face lit up as he said, “So I’ll only have to go one more day before seeing you again!”

Camp experiences give room for older Christians to become role models for the younger generation. This enables kids and youth to know there is an entire group of people in addition to their parents who are rooting for their spiritual growth and who are available to help them navigate the challenges of life.

The quarantine conditions of the last twelve months have made it difficult for kids and students to build and maintain relationships. That said, camp provided a literal and figurative breath of fresh air for our kids.

Driving home from camp, my daughter (who’s been shy of late) told me, “Dad, I think I’ve upgraded my social skills.” And after church this past Sunday, I saw several kids from camp huddled up laughing and chatting together. The five days these kids spent together at camp served to jumpstart friendships that had struggled to grow during the pandemic.

It’s easy for individual churches to become siloed from other neighboring churches in their communities and within their state. And even within churches, individuals can get locked within their own areas of service so that they lose perspective on how God is moving through the entire local church.

I personally witnessed camp opening the doors of these silos so multiple church groups could share in the joy of each others’ harvests. On one occasion, I was part of a conversation that involved two children’s ministers from different churches. They shared ideas, resource suggestions, and exchanged numbers with one another to partner together on mission after camp was over.

Likewise, by sharing a cabin for a week with another male chaperone, I was able to learn about different areas of ministry he leads and how I might be praying for them. I even learned of a new area in which I could serve my church. These conversations weren’t forced and didn’t feel like desperate volunteer recruiting done from the pulpit. They were the natural fruit of doing life together on mission for the week.

One thing not a lot of people know about me is that I struggle with social anxiety. It may not be obvious to others, but large groups and the need to make small talk or perform before others cause a lot of internal angst I must press through. Because of this, the first night of kickoff for camp—an event that involved lots of shouting, hand clapping, and silly song motions—caused me to freeze up. I was out of my comfort zone, and it showed.

But five days later, it was evident God had been at work in my heart. Maybe it was my daughter’s conversation with our children’s minister in which she said she wanted to get baptized or the sight of my son in tears saying he desired to follow Christ but wanted to be sure about Christianity’s claims, which led us to talk about apologetics. Throughout the week, as I watched children ponder and wrestle with Christ’s lordship, I found that God was also gradually lowering my guard, allowing me to embrace a childlike expression of faith—one that enabled this almost 40-year-old to do kids’ silly song motions to the glory of God.

Camp has a way of pushing kids and adults out of their comfort zones, giving the Lord room to mold softened hearts.

At Lifeway, our mission statement is “designing trustworthy experiences that fuel ministry.” Sometimes, those experiences look like academic tools to aid pastors as they engage in sermon preparation. At other times, these experiences involve kids running around with shaving cream and pool noodles.

It was a blessing to step away from my day job for a week to taste some of the harvest of the varied spiritual experiences we create. Seeing God ignite the spiritual tinder we send out into the world caused me to return with new vigor for the work he calls us to at Lifeway.

From Outreach Magazine  How to Transform a Community - Part 1