Home Features What Does the Future of Your Marriage Look Like? 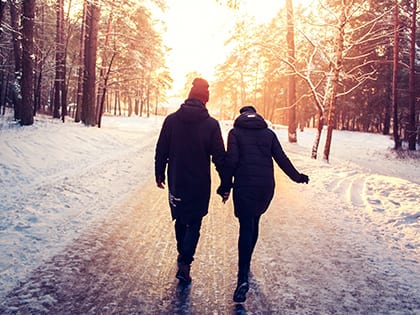 Three questions to help you plan now for the marriage you want to have in the future. Your future self will thank you.

I’m not married to the same woman I married back in 1998.

Let me clarify. I’m married to the same human, but she’s not the same person. Really, neither one of us is. Marriage wasn’t meant to be the change of a title (single to married) or a feat to accomplish. Marriage is raw material begging to be developed into something. Like a piece of clay that just landed upon the potter’s wheel, marriage screams for hands-on, intentional growth. And your wedding day is just the first in many rotations of that potter’s wheel that helps shape us.

When I encounter couples with frustrations, usually it’s in an area where one (or both) are refusing to be shaped or to grow. Growth in a healthy marriage is not optional. It’s mandatory. Without it, we fall prey to marital insanity. As the old adage says, insanity is “doing the same thing over and over again and expecting different results.” And I think it’s insane to think one or both of you can keep going without growing and the marriage can stay healthy.

I listen to podcasts all week. Most of the time, I listen to what other men and women are saying to their congregations as it both challenges me and helps shape the craft that I love to do (preaching). Recently, Levi Lusko (Fresh Life Church) made a statement that sent my marriage blogging mind in a number of directions (not to mention my pastoral mind). He said, “The future you is an exaggerated version of the current you.” How many of us are currently dealing with issues personally or maritally that are not new, but have been developing from the past “you.”

If I really want to grasp this, Dave and Anne (my wife) today are the exaggerated version of 2013 Dave and Anne. So there’s less to blame on the current season, and more to evaluate about the patterns of what we have allowed and how we have lived over the past five years.

If you want to understand the state of a marriage, check out the long-term patterns of the couple’s life. Far too often, I have conversations with people who are seeing the proverbial “tip of the iceberg,” not understanding that the issue didn’t just appear yesterday. For the most part, it’s a case of “cause and effect.” You are living the dividends of what you’ve been investing (or the lack thereof). I’ll say it this way: The “future” you will either thank you or want to cuss at you based on the decisions you make today.

Let me give you three questions to ask yourself for the health of your marriage:

What growth needs to happen?

What vision do you have for your marriage? How do you want to grow? What things would you like to see happen? Both of you should have some input into how you both can grow together. It’s not about pointing the finger, but being real with where you are now and where you want to be. For that future marriage, you see, you need to understand that the current version of you needs to embrace growth and change. Which leads me to…

What do I (we) need to confess?

What you did in one season of marriage may not be the most productive way of doing it in the next season. And confessing the area(s) where you need help shows humility, brings accountability and grows trust with your spouse. Pointing fingers raises defenses; owning your shortcomings develops intimacy. I love what Scripture says in the book of James: “Confess your sins to each other and pray for each other so that you may be healed” (5:16, NIV). Hiding and ignoring sin grows the infection; confession and vulnerability with one another restores, strengthens and heals.

What needs to happen now?

There’s no better time than the present to take a step in the direction of change you’re wanting to see. If you want to see more happen through your marriage later, you need to begin that change in your marriage right now. It’s not going to transform over night, but healthy marriages are not made in one or two moments a year, but through consistent and intentional actions over time.

The beauty of marriage is the life-long journey it is meant to be. The frustrating side is the pressure of our culture on the rate of change. So often, we measure the ability to change by the rate at which we can see the change.

Love you all. Praying for you as the two of you sit down to envision the future and make the changes to see that dream come to fruition.