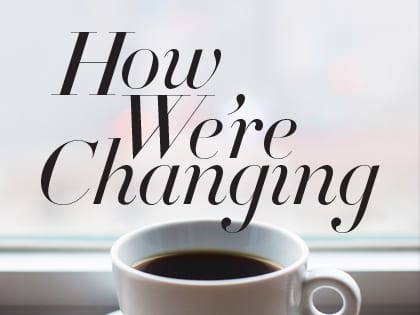 “Postmoderns, early millennials, have no trust in the church. Get them to trust you. Help them become curious.”

A few years ago, Kelly Brady was reading 2 Timothy 4:5 when it stopped him in his tracks. The apostle Paul, an evangelist, was telling Timothy, his disciple and a pastor, to “do the work of an evangelist.”

“I remember responding fairly defensively,” says Brady, senior pastor of Glen Ellyn Bible Church in Glen Ellyn, Illinois. But when Brady took hold of that concept, he realized he needed to make changes, for the sake of his church and his community. “I was not living out our mission. And the sheep follow the shepherd.”

Brady is one of a growing number of senior pastors who are rediscovering a personal passion for witness outside the walls of church. They’re swapping traditional evangelism techniques for relational approaches. They’re challenging their members to set aside fears and become creative with evangelism. And they’re partnering “as one church” with other pastors and organizations for communitywide strategies.

One of the motivations for Brady was the reality that his church was 75 years old and, statistically speaking, “getting ready to die.” Next door in Wheaton, Illinois—a church-friendly town if there ever was one—an Evangelical Free church had recently closed its doors. An Assembly of God church building was now a mosque.

“I knew there was a documented life cycle for churches,” says Brady, who holds a doctorate in ministry management and leadership. “I wanted to know how to avoid it.”

His answer: Glen Ellyn Bible’s staff and members needed to get outside the Bible bubble and practice the e-word: evangelism. To become outward-facing, mission-oriented, culture-engaging.

Starting with its senior pastor.

Like Brady, Dan Weyerhaeuser—senior pastor of Lakeland Church in Gurnee, Illinois—knew that a congregation’s attitude toward sharing Christ reflects that of the senior staff. Although he found evangelism a joy, he knew most of his witness came “on the job.”

“Most of my outreach used to be related to my job. I’d do a funeral, for example, and we’d share the gospel there,” he says. “I wasn’t replicating myself.”

From Outreach Magazine  Mark Batterson: The Power of God's Voice

Weyerhaeuser and his staff needed “to help everyone live the life of witness, not just ‘evangelists,’” he says. They changed the church’s mission statement to reflect a new church culture, and hired “a wonderful mobilizer when it comes to evangelism.”

Teaching from the pulpit emphasized the need to build relationships with neighbors. They also instituted communitywide social events and reached out to civic officials such as the mayor and police chief, and partnered with other churches.

Chad Benkert, senior pastor of Federated Covenant Church in the town of Dowagiac, Michigan, had spent several years as a youth pastor, where his “street ministry” opened his eyes to post-Christian culture and where nontraditional approaches to sharing the gospel were successful in bringing the “pre-churched” into the fold. When Federated asked him to be their interim pastor, the congregation numbered around 25.

The church is now around 150. Benkert points to two factors for the growth.

“I got out into the community,” he says. And he began to preach on creative evangelism.

“We created a burden for the lost. Without that, nothing motivates people to share. It takes having a deep desire and a life-transforming walk,” says Benkert, who adds that all the church’s ministries have outreach built into their programs and plans.

Benkert says the momentum of interest ramped up as his people saw more and more visitors come to Christ. “They’ve seen lives change in front of them,” he says. “That’s powerful.”

These senior pastors recognize that the e-word can evoke anxiety and fear among their members.

From Outreach Magazine  What About Easter?

“We feel like we’ll get pinned, and embarrassed,” says Brady. “You don’t need to have all the answers. That’s a false expectation. You just need to be willing to love people and say you’ll get back to them with answers.

“Get your head up. Look around you. Share what you know in your life with everyone you encounter.”

For example, an employee of the cleaning subcontractor for the church worked in the building for some time, and the church staff had been sharing Christ with him. He eventually made a commitment to Christ and was baptized.

Brady says he estimates that his congregation is about 40 percent on board with practicing lifestyle evangelism. “A hundred percent would be when everyone understands that there’s no tension between evangelism and discipleship,” he says. “Disciples of Christ evangelize.”

Yes, it can be a slow process—and maybe should be. Weyerhaeuser says he went to two restaurants regularly for two years, spending a few hours studying while he ate, and preparing sermons. Eventually, the restaurant staff became comfortable with him and began to sit down to talk.

Like Weyerhaeuser, Benkert is a daily customer at a local coffeehouse—and not just because they serve scrumptious baked goods. Benkert recommends church leaders be intentional about setting aside time for relational connection with the community. “They need to get out of the office and into the community,” he says. 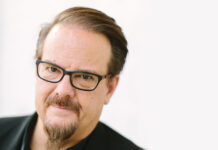 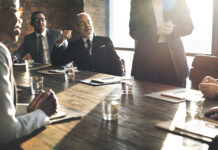 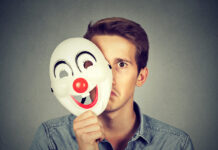 Why Leaders Should Be Transparent With Their Struggles