Home Features Leadership and the Art of Humility 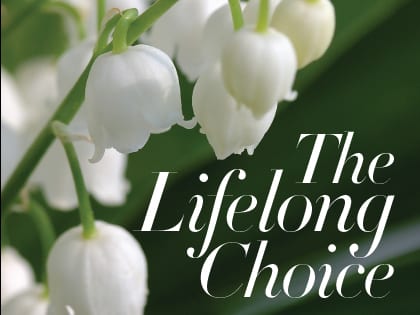 “Jesus was a man for others; as his disciples we live for others. Humility is living for others.”

Of all the disciples who could have talked about this character trait, Peter put it most practically: “All of you, clothe yourselves with humility toward one another.” Peter was infamous for a lack of humility in his early days, but by the time he penned these words, he had lived another 30 years. For most of those years, he was filled with the Holy Spirit. He had been persecuted and made mistakes, and he became a humble man. He spoke of humility as something we can put on. Just as we intentionally select our clothes and put them on every day, so we are to don humility every day. Peter spoke of our humility in relation to others. A character trait is useful only when it is testable in relation to others. For example, many people are in love with the idea of love. They dream of meeting just the right person and of marriage and children. The idea is a good one, but love is irrelevant unless it becomes an action that benefits another. God’s love is irrelevant apart from his acts of love. Humility is irrelevant apart from how we act in relation to other people. Peter was saying that we are to consider the people in our lives every day and to intentionally act in humility toward them. In other words, to lower ourselves to take action that will benefit them.

I am gradually growing in humility. My wife has said to me, “Bill, when we were first married you were very selfish. You have made great progress. Now you are just selfish.” She is smiling when she says it, usually in the company of others for effect, but she has more than 40 years of experience to back up her claim. I have made progress in becoming humble, but that progress has been gradual. It has been a product of positive events and difficult trials. Many forces have converged over the years to create a more humble and sacrificial spirit in me. I still say to Jane, “Don’t ask me if I want to empty the dishwasher; tell me you want me to or I need to. Because I don’t think I will ever get to the ‘I want to clean the kitchen’ level of marital delight.”

From Outreach Magazine  The Right Kind of Excellence

The decision to be humble is a lifelong one, much like deciding to follow Christ. But as in following Christ, every day is a series of choices. And those choices create something called character. C.S. Lewis wrote, “Every time you make a choice you are turning the central part of you … into something a little different from what it was before. … Each of us at each moment is progressing to the one state or the other … either into a heavenly creature or into a hellish creature.”

I have found it a near impossibility to identify my motivation as a leader. If I am excited about a big crowd, is it because I am rejoicing in people hearing the message or because I am thrilled they came to hear me? I think it is both, and both can be good. Because of my theological convictions that people need Christ, I am excited when many people will hear the message. I am also deeply satisfied that I get to be a part of delivering the message, and the crowd makes me feel good. God made me to feel good when many others seem to be interested in what I have to say. God made me to experience pleasure, to be pleased when good things happen. Such is the joy of life. But the ego whispers, “You did it. You are good, and boy, these people are lucky to have you.” If we don’t put the ego in check, we can take the credit rather than remember God’s mission and our part in it.

The ego can be just as dangerous when something happens that diminishes our sense of significance. I recall an area-wide seminar in Freeport, Illinois, which was to be held on a Friday night and Saturday in a 700-seat theater. The area had been canvassed, newspaper ads had run for two weeks, announcements had been made on local radio stations, and flyers had been passed out in all local churches. The only problem was that no one could control the weather. I sat in the Minneapolis airport, delayed five hours by a snowstorm. I arrived so late that the Friday evening meeting had to be cancelled. The sponsors who picked me up at the airport thought this was fine; the place would be packed the next morning.

Next morning, four senior citizens showed up and sat on the front row. It was to be a seven-hour seminar. The pastor asked me if I wanted to continue. I swallowed hard and said, “Of course, we should do so.” I spent that day with those four people. I stood on the front of the stage, they sat on the first row of the 700-seat hall, and I gave them the entire seminar. One person left after lunch; indigestion was the excuse. It was a test of my motivation; it also knocked a lot of ego out of me. Crowds are addictive. The pleasure of holding a large crowd in your hand is a sensation that rings every pleasure bell; one’s brain is splashed with endorphins. The raw power you feel, the power to manipulate, can be dangerous.

From Outreach Magazine  The Personality Factor

Not much has been written about the danger of crowds, except for what Eugene Peterson has noted. In a letter to a pastor leaving a small congregation for a larger one, Peterson wrote:

Every time the church’s leaders depersonalize, even a little, the worshipping/loving community, the gospel is weakened. And size is the great depersonalizer. Kierkegaard’s criticism is still cogent: “the more people, the less truth.” …

But a crowd destroys the spirit as thoroughly as excessive drink and depersonalized sex. It takes us out of ourselves, but not to God, only away from him. … We hunger to escape the dullness, the boredom and the tiresomeness of me. We can escape upward or downward. … A crowd is an exercise in false transcendence upward, which is why all crowds are spiritually pretty much the same, whether at football games, political rallies or church.

So why are we pastors so unsuspicious of crowds, so naïve about the false transcendence that they engender? … I really do feel that crowds are a worse danger, far worse, than drink or sex, and pastors may be the only people on the planet who are in a position to encourage an imagination that conceives of congregation strategically not in terms of its size but as a congenial setting for becoming mature in Christ in a community, not a crowd.