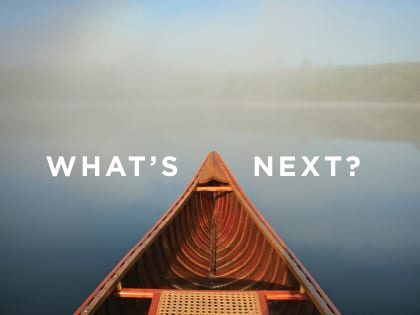 “Over the last 10 years I have had one church leader after another say to me: ‘Seminary didn’t train me for this.’”

One night after a long day of meetings, an older pastor let out a heavy sigh. He was nearing retirement, and we were working together on a project that was supposed to reorganize our entire denomination in order to help our church better minister in a changing world. And that changing world weighed on him.

He remembered well how not that long ago life was different. He swirled his drink and said to me, “You know, when I began my ministry in a church in Alabama, I never worried about church growth or worship attendance or evangelism. Back then, if a man didn’t come to church on Sunday, his boss asked him about it at work on Monday.”

Sociologists and theologians refer to this recently passed period as Christendom, the 1,700-year-long era with Christianity at the privileged center of Western cultural life. Christendom gave us “blue laws” and the Ten Commandments in school. It gave us “under God” in the Pledge of Allegiance and exhortations to Bible reading in the national newspapers. (I have a copy of the Los Angeles Times from December 1963 that has stories on the Warren Commission, the 9,000-member Hollywood Presbyterian church and a list of daily Bible readings for the upcoming week. Can you even imagine the Los Angeles Times exhorting people to read their Bibles today?) It was the day when every “city father” laid out the town square with the courthouse, the library and a First Church of _______ within the center of the city.

For most of us, these days are long gone. (For some of us, that is good news indeed. Did you notice the reference to “man” in my friend’s statement?)

When cities are now considering using eminent domain laws to replace churches with tax-revenue generating big-box stores, when Sundays are more about soccer and Starbucks than about Sabbath, when Christian student groups are getting derecognized on university campuses, when the fastest-growing religious affiliation among young adults is “none,” when there is no moral consensus built on Christian tradition (even among Christians), when even a funeral in a conservative beach town is more likely to be a Hawaiian style “paddle out” than a gathering in a sanctuary, then Christendom as a marker of society has clearly passed.

Over the last 10 years I have had one church leader after another whisper to me the same frustrated confession: “Seminary didn’t train me for this. I don’t know if I can do it. I just don’t know …”

From Outreach Magazine  7 Things That Keep Leaders From Leading Well

A couple of years ago I learned that three of my pastor friends around the country had resigned on the same day. There were no affairs, no scandals and no one was renouncing faith. But three good, experienced pastors turned in resignations and walked away. One left church ministry altogether. The details are as different as the pastors themselves, but the common thread is that they finally got worn down by trying to bring change to a church that was stuck and didn’t know what to do. Their churches were stuck and declining, stuck and clinging to the past, stuck and lurching to quick fixes, trying to find an easy answer for what were clearly bigger challenges. What all three churches had in common was that they were mostly blaming the pastor for how bad it felt to be so stuck.

“If only you could preach better!”
“If only you were more pastoral and caring!”
“If only our worship was more dynamic!”
“Please, pastor, do something!” (That is what we pay you for, isn’t it?)

And to make matters worse, the pastors don’t know what to do either. As a seminary vice president, I am now charged with confronting this reality head on.

Our graduates were not trained for this day. When I went to seminary, we were trained in the skills that were necessary for supporting faith in Christendom.

When churches functioned primarily as vendors of religious services for a Christian culture, the primary leadership toolbox was …

From Outreach Magazine  The Greatest Tragedy in the Church Today

In this changing world we need to add a new set of leadership tools. And this applies equally well to Christians serving in leadership beyond the parish.

The challenges of a changing world come even more rapidly in business, education and nonprofit leadership.

When You Discover That You Are the Problem

At the end of our 2006–2007 fiscal year, San Clemente Presbyterian Church (SCPC) had a $100,000 general fund surplus. In 20 years of church work I had never seen anything like it. By all common measures we were doing as well as we could hope. We were in our tenth consecutive year of growth, we had unified around a shared vision, and we had rebuilt our entire campus. We were starting big initiatives to serve our community, including planting a church, starting a community resource center and starting an additional Spanish-language service.

And then we began to notice something. It was subtle, but there was no mistaking that it was there. Right at the moment when we were taking concrete steps to reach out to others for the sake of the gospel, the energy in the church began to wane. We became infected with a kind of malaise, a tangible diminishing of enthusiasm. As the pastor, I was confused. How could we be doing so well and yet feel like something was so wrong?

We brought in a consulting group to take a look under the hood. They led us through an evaluative process and reported back that our scores were really strong; we were among the healthiest churches they had worked with. But they also told us there were some disturbing “early warning signs” that could be traced to an unintended consequence of the past decade’s success.