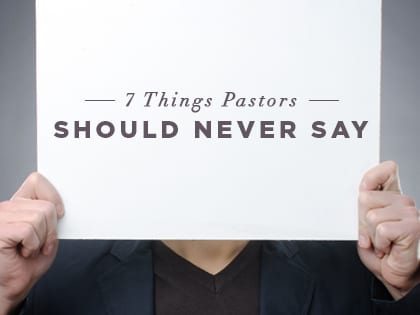 “There is too much pain in the world today. Let’s not add to it with our words.”

I had a phone call from my insurance man the other day. Jim lives in another city and we never see each other, but his company is national and I saw no reason to switch homeowner’s insurance when he moved away. He’s a solid Christian and I like him.

When Jim believes something, he can be tenacious.

He called urging me to vote for a certain candidate for the U.S. Senate. I listened to him, and when he insisted that I go to a certain website and watch a video, I made no promises. That did not please him. Frankly, listening to claims and arguments and promises from political candidates is not on my list of favorite things to do. The attacks and disclaimers are so arbitrary, and voters are rarely treated as though they have a lick of sense and judgment—so I try to skip them as much as possible.

Jim called later to see if I had listened to the tape. I forget what I told him, but I tried to say gently that he had done quite enough.

Related: 5 things pastors should never do »

A couple of days later, I went to the courthouse and voted absentee since I would be in another state in revival on Election Day. I did not say—and would not, if asked—how I voted. It’s no one’s business.

That leads me to a list of seven things pastors should never say from the pulpit.

1. Pastors should not say who or what they vote for.

We have greater issues to deal with; bigger fish to fry, as the saying goes. It’s best if people do not know your politics.

2. Pastors should not mention anything received in confidence.

If the time ever comes—perhaps years later in another church—when that story can be told without breaking confidence, the minister would do well to turn it into a parable, changing enough details to camouflage the reality. I would not be surprised if this is where Jesus got some of his parables, although there’s no way to know.

3. Pastors should not say anything about their spouses or children without permission.

If they hesitate and have to be persuaded to grant permission, a wise pastor will back off and respect their privacy. And, even if they grant permission at first, that permission can be withdrawn at any time without any justification.

4. Pastors should not say anything off-color or crude.

Want an example? I don’t think you need one.

5. The pastor should not disparage the president of the United States, no matter what he or she finds objectionable about the present occupant of the Oval Office.

I’ll never forget my elderly dad, a lifelong coal miner and union member, being offended at the Bill Clinton jokes an evangelist told in a church where my brother was the pastor. My dad was a Democrat, as union members tend to be, but his sensitivity was not personal. He said to me, “What if some lost person, a Democrat and supporter of Bill Clinton, were to come to the church? He would not have heard another thing that preacher said.”

He was exactly right. Leave politics out of the pulpit, pastor. To be sure, there are times to preach issues and values that tie in with national events and current debates. Even then, God’s messenger must be wary of personal attacks or endorsements of certain candidates.

6. Pastors should not reveal their personal finances from the pulpit, trying to play on the guilt and sympathies of the congregation.

No one wants to hear that things are tough at your house, pastor. I guarantee you that some sitting in front of you could easily one-up your tales of woe, and they’re faithfully serving God. Follow their example.

If it becomes necessary to make certain members aware of your financial need, do it in private, not from the pulpit.

7. Pastors should never lie. And most exaggerations are lies.

To our shame, “ministerial exaggeration” has entered the lexicon to represent gross misrepresentations of the truth.

Over the years, we would hear Billy Graham describing the response God’s message generated. “Hundreds of people received Christ as their Savior.” He could just as easily have said thousands, but he understated it, thus setting a great pattern for the rest of us.

Are there other such things pastors should not reveal? Oh, yes.

I know stories about church members that would make Game of Thrones seem like a children’s book. But, even if the church members are no longer on the scene, their children and family members might still be. It’s not my place to tell those stories, as they would revive the most painful memories of their loved ones. So, it’s not worth it. Such stories will not even show up in my memoirs, even if I ever decide to write such a thing.

The simple fact is I hope some of the things from my past will never show up to inflict pain on those I love. Sometimes I pray for people who I may have injured with a harsh word, a wrong act or worse—that the Lord would protect them from hurt and bless them in every way they need blessing.

I want grace, and therefore, want to extend grace in every direction for as long as the Lord enables me.

Let the minister of the Lord pray this prayer before opening God’s Word to proclaim God’s message. Let the preacher speak the truth in love, and only bless everyone involved.

There is too much pain in the world today. Let’s not add to it with our words.