Home Features Incarnational Ministry: The Power of Being Human 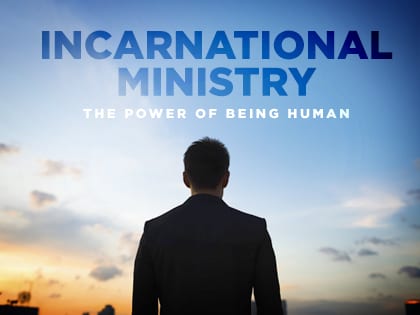 Hugh Halter: “Being human may be how we are all born, but staying human is not natural—it’s supernatural.”

In my previous article I shared that our family is in the midst of a transition to a new town. We’re leaving the big, awesome city of Denver and settling into a smaller community of about 30,000 folks.

Last week, I flew out with my son-in-law for a man’s “recon” trip. We were looking for jobs for him and houses for both our families. I spent some extra time trying to look for bread crumbs God might be leaving to help me find out where he’s at work and how we might join him.

In just four days, here’s who I met and what I found out.

I met Ms. Collins, who runs one of only three businesses that are owned by African-Americans. She gave me some amazing food but told me it is really hard for African-Americans to get business licenses in the city.

I met Mike. He and his sister own many vacant buildings downtown but are trying to sell to people who want to help create sustainable businesses for the community.

I met Lisa, whose uncle started a business coalition that aims to mobilize young leaders in the city. He is a strong believer and Lisa loves Jesus but isn’t sure she’s ready to enter “church” based on what she’s seen in her uncle’s life. But she did reveal that her younger brother committed suicide last year and that’s why she moved back to help her uncle and her family. She gave me a hug after we talked and said she looked forward to reading my books and talking about Jesus.

I met a young church planter who goes by the name “Cutter.” He runs his own barber shop and uses it to meet people and minister to the community. He’s quite a character and people around town seem to love him.

Lastly, I met Skip, who runs the gay bar in town. The only one. We had a great talk and he invited me to their weekly drag queen show on Friday night. I think it would be fun to take his invitation and meet the rest of his community.

As I think about the story of Jesus’ incarnation, I can’t help but think maybe the most powerful part of his story is all the stuff we can’t read about. I mean, come on—30 years of a simple life, in a small town, being known by and knowing everyone and every story and every heart. Without this long “set-up” period, Jesus would have just shown up out of the blue like every other would-be messiah and died on a cross. The days, the years before his ministry began mattered—and it should matter to us now.