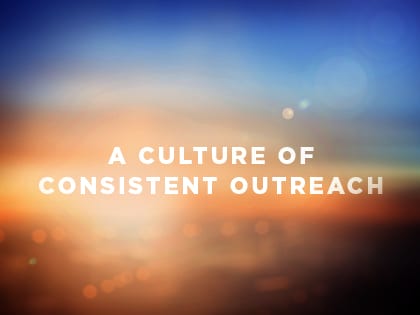 “If you want to see more people coming to Christ, the answer is not just finding the silver-bullet program.”

Lesslie Newbigin, the late British theologian, missiologist and missionary, called many of us to realize that some of the greatest mission fields in the world were right outside our back door—in the formerly Christian and missionary sending countries of the West. That has become all the more true since Newbigin first called us to engage our own peoples.

Clearly, our country is becoming increasingly unchurched. According to Barna’s latest study, and in line with studies by Mark Chaves, the trend in church attendance is as follows:

For the purpose of this discussion, we define the unchurched as people who have not attended a church in the past six months, not including weddings and funerals. Presently, the U.S. has a population of about 324 million. So the unchurched population is about 139 million. If the unchurched of the U.S. formed a country, it would be the 10th largest country in the world, between Mexico (129 million) and Russia (142 million).

Which also means: The church’s local mission is growing!

We at the Billy Graham Center for Evangelism have also conducted a national study on the churches that are reaching the unchurched. As this mission field grows, we need more churches to become better at this. Our study, in partnership with LifeWay Research, looked at 3,000 Protestant churches nationwide to discover what separates the best from the rest. What we found was that in the top 10 percent …

What is important to note is that these are characteristics of the culture of these churches. They have a culture focused on reaching people, which moves from the senior leadership throughout the church. They are therefore seeing more people come to Christ.

This raises the critical issue: If you want to see more people coming to Christ, the answer is not just finding the silver-bullet program. It is changing the culture of your church into a community that reaches out consistently and across the board, that prays for people, and that welcomes outsiders and the unchurched into your midst.

Dr. Rick Richardson is a professor of evangelism and director of the M.A. in Evangelism and Leadership and Missional Church Movement programs at Wheaton College. He is also an evangelism and research fellow at the Billy Graham Center for Evangelism.