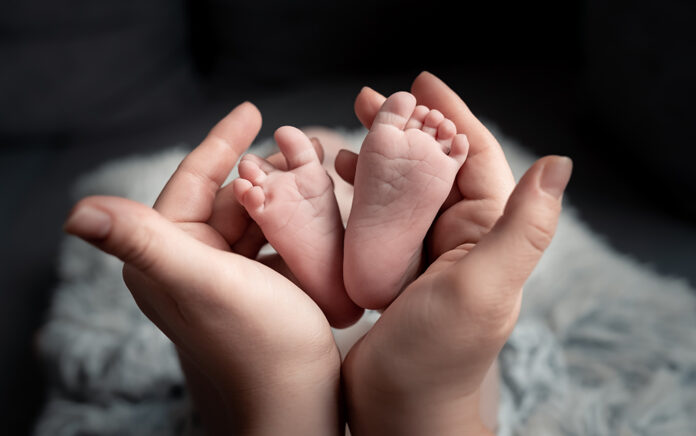 Americans’ views on the morality of abortion remain mixed in the days leading up to a Supreme Court decision that could overturn Roe v. Wade, but a majority favor restrictions that go beyond those currently allowed, according to a new study from the Land Center for Cultural Engagement at Southwestern Baptist Theological Seminary conducted by Lifeway Research. In addition, those who self-identify with a religion, engage in religious practices like church attendance and hold evangelical beliefs are more likely to favor restrictions on abortion.

“This survey clearly demonstrates evangelical beliefs and practices, especially church attendance, translate into pro-life views,” said Adam W. Greenway, president of Southwestern Baptist Theological Seminary. “This underscores the truth that the ultimate solution to this moral problem, like all moral problems, is spiritual transformation of the gospel of Jesus Christ among individuals that will eventually translate into societal changes.”

“Critical research is one part of the Land Center mission, and because of the long-standing commitment of Southern Baptists to the sanctity of human life, we focused on Americans’ abortion views as our first in-depth research project,” said Dan Darling, director of the Land Center. “This research provides information vital to equipping pastors and church leaders to understand this cultural moment and to shaping the moral consciences of God’s people. We expect to provide additional serious research on a variety of topics to help Christians engage our culture with gospel truth.”

Conducted days prior to the leak of a draft opinion by Justice Samuel Alito that indicated the Supreme Court planned to overturn the landmark decision that essentially legalized abortion throughout the United States, the study records Americans’ views on abortion, the beginning of life and what people want to happen in a potential post-Roe environment.

While increased church attendance correlates with pro-life perspectives, those who attend church say they don’t often hear about abortion on Sunday mornings. Two in 3 Americans who say they attend religious worship services a few times a year or more (66%) say they hear a teacher or clergy person mention the topic of abortion no more than once or twice a year, including 36% who say they never hear it spoken about. Few churchgoers, regardless of their perspective on abortion, want the church to talk about the issue less often. Overall, 46% say the topic is addressed the right amount, 38% want to hear about it more and 16% want less.

For half of Americans (51%), one of the strongest factors in the development of their views on abortion is their views on women’s rights and freedoms. For more than 2 in 5 (43%), their views on morality and right and wrong play a strong role. More than a third point to views on health and medical issues (37%) or views on children’s rights and quality of life (34%). Three in 10 say their religious faith is a leading factor in the development of their abortion views (29%). Fewer point to their views on social issues (25%), views on economic issues or poverty (23%), views and experiences as a parent (20%), personal experience with the issue (18%) or the views of political leaders and party they support (5%).

Specifically among the generally pro-life, personal religious faith (58%), views on morality (56%) and views on children’s rights and quality of life (46%) are dominant factors contributing to their perspectives on abortion. Around 1 in 6 pro-life Americans say their views on women’s rights (16%) is one of the strongest factors in how their views on abortion were developed.

For those who are pro-abortion rights, views on women’s rights and freedoms (74%) dominate the other factors, which include views on health and medical issues (46%), views on social issues (36%), views on morality (35%) and views on economic issues (32%). Close to 1 in 10 (9%) point to their religious faith.

Among those who have a more mixed perspective or who are unsure about the issue, half point to women’s rights (51%) and a third (32%) mention their religious faith.

“Americans’ own descriptions of how their views on abortion developed have strikingly different origins,” said Scott McConnell, executive director of Lifeway Research. “While the issue has been heavily politicized, almost all Americans claim they had these views without the influence of political leaders. One group says they’re heavily influenced by their views on women’s freedoms and the other by their views on religious faith and morality.”

While abortion generates much debate and discussion, other issues are personally important to more people. Americans are more likely to say inflation (85%), voting rights and security (76%), national debt (71%), foreign policy (67%), climate change (66%), immigration (66%) and race relations (65%) are important or extremely important to them than abortion (64%). Fewer Americans say the same about prison reform (49%).

Mixed Opinions on Life and Specifics

Americans have varying opinions on when human life actually begins and have complicated views on specific cases of abortion. Most say life begins at least by the first heartbeat detected, however, most also believe abortion should be legal if the child would be born with severe disabilities.

Most Christians who attend church weekly (56%) say life begins at conception, while those who attend less frequently are more evenly split between conception and the first heartbeat.

“Since the Roe v. Wade decision, it has been legal to end what the majority of Americans consider a human life,” said McConnell. “People’s perspectives on the start of life varies greatly by religious faith. Those with no religious affiliation are less likely than any other demographic group to say life begins by the time of the first heartbeat. This contrasts sharply with the almost 9 in 10 with evangelical beliefs who say it does.”

Even among those who are not generally pro-life, there is broad consensus for abortion restrictions. Almost 3 in 5 Americans (59%) who are unsure or somewhere between pro-life and pro-abortion rights, favor limiting legal abortion to no later than 12 weeks. Among the pro-abortion rights, 50% place the limit somewhere prior to 20 weeks (about four and a half months).

Protestants (40%) are the most likely to never allow abortion assuming there are no health issues related to the pregnancy, followed by Catholics (26%), those of other faiths (25%) and the religiously unaffiliated (10%). Few Protestants (4%) or Catholics (3%) say they would allow abortion up to birth compared to 9% of those of other faiths and 22% of those with no religious affiliation.

Weekly churchgoers (52%) are more likely than those who attend less frequently (31%) or not at all (23%) to say abortion should not be legal at any point assuming there are no health issues.

From Outreach Magazine  13 Practical Ways Your Church Can Support Caregivers

“There are a lot of gradations in what abortion scenarios people think should be legal, but America is far from a majority supporting a legal right for an adult woman to have an abortion who just doesn’t want to have the child,” said McConnell. “The truth is Americans want fewer abortions taking place.”

When asked about potentially effective ways to reduce abortions, Americans are most likely to point to sex education, birth control and adoption. More than 2 in 5 say more birth control for minors (46%) and more and better sex education (44%) would be effective ways to reduce the number of abortions performed. Slightly fewer say promoting birth control to men (40%) or birth control for lower income individuals (39%). Close to a third point to promoting adoption as an option (36%), making adoption easier (36%), local organizations assisting mothers and children (34%) or more pregnancy counseling (33%).

Other ways Americans say are effective means to reduce the number of abortions include encouraging abstinence (27%), childcare for lower income families (27%), government help for low-income parents (22%), stronger legal limits on abortion (18%) and making it harder to find abortion providers (12%).

As Americans await a Supreme Court decision that could overturn Roe v. Wade, most say they’d prefer to keep the decision in place.

Americans with no religious preference (76%), those without evangelical beliefs (66%), and Christians who don’t attend church (62%) or attend less regularly (60%) are all more likely to support Roe vs. Wade than not.

For those who oppose the Supreme Court decision, a quarter (26%) say a main reason is because children have rights, and 22% mention abortion is immoral. Around 1 in 5 (21%) say they oppose Roe vs. Wade because they believe abortion should be legal only in specific situations. Americans who support the decision overwhelmingly explain their reasoning goes back to a woman’s right to choose (71%).

Most Americans prefer a federal law on abortion for all states as opposed to leaving the issue up to the states. Those in the middle or unsure are more divided. Among the pro-life, 54% prefer a national law and 33% would rather leave it to each state. For the pro-abortion rights, 66% prefer a federal law for all states and 22% want each state to determine their own laws. Less than half of other Americans (48%) want a federal law, while 32% prefer individual state laws.

“Despite the many differences in Americans’ beliefs on abortion, there appears to be an innate desire for an unchanging legal standard,” said McConnell. “As the Supreme Court deliberates yet another change to the legal standard, evangelicals are among those who most want Roe v. Wade overturned. They are guided by a more static standard: the belief that the Bible is the highest authority for what they believe.”

When asked what they want to happen to Roe v. Wade, 40% completely support the decision and want it to remain, and 12% say it’s now the law of the land and should not be overturned. One in 5 Americans (20%) want it overturned and abortion made illegal nationwide, while 12% want it overturned and the laws left up to the states. Another 17% say they’re unsure or don’t have an opinion.

If Roe v. Wade is overturned, Americans are split on what should happen in individual states. More than a third (36%) want more restrictions on abortion, while the same percentage (36%) want to keep things like current federal law. More than 1 in 4 (28%) prefer easier access to abortion than currently exists.

In a post-Roe nation, 8 in 10 Americans (81%) say if a state government restricts abortion, it has a responsibility to increase support and options for women who have unwanted pregnancies. Almost 2 in 3 pro-life individuals (62%) agree.

Similarly, 3 in 4 Americans (74%), including 63% of pro-life Americans, say churches and religious organizations in states where abortion access is restricted after Roe v. Wade is overturned also have a responsibility to do more for women with unwanted pregnancies.

“The majority of Americans did not ask for Roe v. Wade to be overturned, but if it is, there is no national majority for any legislative path whether more or less restrictions or something similar to what has been in place,” said McConnell. “However, if more restrictions are put in place a large majority agrees the church and the state have a moral responsibility to help women with unwanted pregnancies.”