Home Resources What Americans Miss About the Gospel 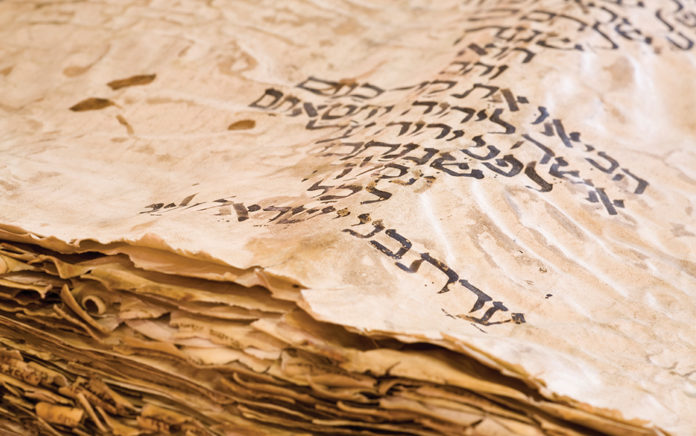 What we can learn from new research and an ancient text

Jesus cares about our faith or lack thereof. In his ministry, we see him comment on the lack of faith among the disciples. He points out the lack of faith in his generation. He notes how rare faith was among both Jewish and Gentile people groups.

LifeWay Research has conducted The State of American Theology report for Ligonier Ministries every two years since 2014. The 2020 study (TheStateOfTheology.com) shares some important aspects of the faith of Americans—both those inside and outside the church.

If we overlay the current theological beliefs of many Americans with some of the major sections of the gospel message Jesus taught, it reveals how our teaching and evangelistic conversations can better encourage faith in those around us.

We don’t want to assert one specific sequence an individual follows in coming to Christ because people come to salvation when and where the Holy Spirit moves. In the Gospel of Mark, however, we do see three questions arise that lead us to gospel conversations.

WHO IS JESUS CHRIST?

Half of Americans (52%) believe “Jesus was a great teacher, but he was not God.” Among those who attend religious services less than once a month, 75% agree or are not sure.

In Mark’s account of Jesus’ life and ministry, we read of him performing many signs and wonders before he asks his disciples point-blank, “Who do you say that I am?” (Mark 8:29).

This all-important question (and response) is a necessary point in salvation. If someone is attracted to Jesus because they believe God always rewards true faith with material blessings in this life—as 36% of Americans believe—this is a false, prosperity-motivated gospel.

If someone believes Jesus is one of many ways to God—as 64% of Americans do—that is simply a Christianity of convenience as a church is easier to find than a mosque or synagogue in the U.S.

When someone comes to the conclusion that Jesus is God who appeared in the flesh, then an important—but insufficient on its own—step of faith has been taken.

Too often our attention in evangelism is focused on the other two sections of belief to follow below, but Jesus invested much time here. Only when it was clear his disciples believed he was the Messiah, did Jesus begin to teach them more.

The numerous miracles and signs that Mark records lay out the evidence that Jesus was God in the flesh. The disciples seem a little slow at times. They see him heal many people but never expected him to be able to calm the sea, as if he is not creator of both weather and human bodies.

From Outreach Magazine  Understanding the Needs of Immigrants

We, too, need to invest in telling who Jesus is in our conversations, teaching and preaching. All we have dealt with this year in America—health crises, weather disasters, mortality and economic hardship—are things Jesus showed power over. He healed diseases and performed months of physical therapy in an instant. He calmed storms with a command. He created food to feed the poor. He conquered death.

Recognizing who Jesus is and what that means for us is an important step for any disciple of Christ.

WHY DID HE COME?

As the disciples became convinced of who Jesus was, they were ready for the next level. Jesus immediately began teaching them why he had come.

Often, we jump straight to this section when we teach the gospel, but this came only after many illustrations showing who he was. Mark summarizes this section of teaching as an explanation that it was “necessary for the Son of Man to suffer many things … be killed and rise after three days” (Mark 8:31).

More Americans accept the historical death and resurrection of Jesus than believe this was necessary for them personally. Two-thirds of Americans (66%) and even half of those who attend no religious services (48%) believe Jesus’ bodily resurrection actually occurred.

Fewer Americans (56%) believe certain people will be punished forever in a real place called hell. And less than half that number (26%) think that punishment might fit someone who only did the smallest sins.

We often see this area of teaching as the most straightforward. With a few tools, it can easily be shared in conversations. But for the disciples, this concept was one of the hardest to grasp. They heard the words, but it wasn’t until they saw it happen that they fully understood.

Peter directly resisted Jesus’s purpose and plan (Mark 8:32). Even after another teaching session on the topic, the disciples were largely dumbfounded by it (Mark 9:32).

The necessity of Jesus’ death and resurrection must be understood for the word salvation to even make sense. We see this in the way the disciples failed to grasp what Jesus meant. Many in Jesus’ day wanted political salvation since they were ruled not just by a different political party from their own, but by another nation.

Americans on both sides of the aisle seemingly long for a type of political salvation as well. As a result, we must work hard to keep our explanation of the gospel separate from politics. That isn’t the salvation our fellow Americans need most.

HOW SHOULD I RESPOND?

The crowds were fascinated by Jesus as a healer and teacher who had authority over spiritual powers, physical health and even teaching the law. Yet when he finally tells the crowd what it takes to be his follower, it was an extremely large ask. He said it would require an entire exchange of life for life. A person had to deny themselves, be prepared to die the cruelest death they knew and follow his lead.

Many will stumble at this point of response, even if they believe the others. Most of those in the crowd were fine with following Jesus when it meant they would see amazing miracles and hear interesting teaching, but they were not prepared to give their life to walk with him.

When it comes to our lives as Americans, what are we walking away from to follow Christ? What is the cost? Do we highlight this when we share the good news?

More than half of Americans (54%) believe religious belief is a matter of personal opinion. A quarter (25%) believe God is unconcerned with their day-to-day choices. Half agree sex outside of traditional marriage is sin. Yet, 51% of Americans and even 32% of those who attend religious services less than once a month agree God’s Word has such authority to tell us what we must do. Many are seemingly following Jesus in the same manner as some of those first-century crowds, but not ready to respond and follow him as he has actually called us to.

Throughout his ministry, Jesus continued demonstrating who he was—all the way through his death, resurrection and ascension. He kept sharing with his disciples what needed to take place for salvation to be provided. He called for a response of a complete change of direction.

This was the simple message he started with: “The kingdom of God has come near. Repent and believe the good news” (Mark 1:15). May we continue to invest in sharing the entirety of this simple message in our generation, which struggles with each part of it.

Among American Adults
52% agree “Jesus was a great teacher, but he was not God.”
26% agree “Even the smallest sin deserves eternal damnation.”
51% agree “The Bible has the authority to tell us what we must do.”