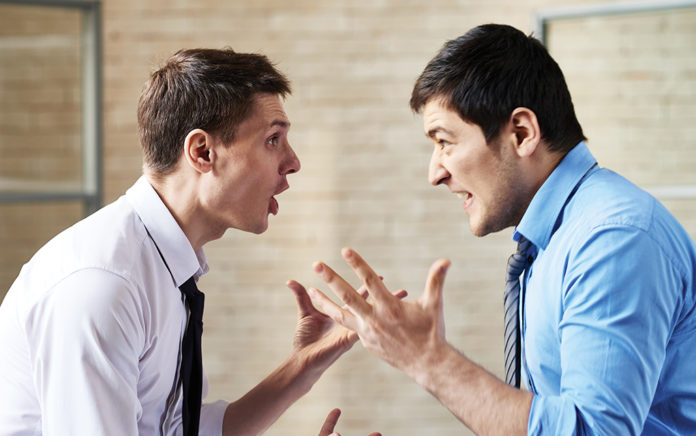 One off-key singer can spoil a choir’s song, and one offbeat instrument can sour a band’s tune. In the same way, a few out-of-line comments can ruin our witness and spoil our public discussions.

A recent study LifeWay Research conducted for the Ethics & Religious Liberty Commission revealed a lot about those with evangelical beliefs. The reality today is that followers of Christ are being uncivil. No, it is not everyone or even a majority of us. But more than a few of us fall into traps of incivility that do not represent Jesus Christ well.

The first trap we fall into is a dependence on insults to make our point. More than 1 in 4 of us agree that when a leader who shares our political ideology makes insulting personal remarks about opponents, we tend to believe these remarks are justified. And more than 1 in 6 of us respond more harshly when our disagreement is with someone we don’t know.

We wrongly think we need to strike first before we get slighted. We think our opponents need to be torn down. This perspective is fueled by a social media culture that rewards punchy sound bites. Television coverage of candidates often omits everything except the verbal daggers directed at opponents.

Repeating slurs is easy to do because they are memorable. We need hooks to remember why our side’s solution is best for a problem, but instead of taking the time to learn enough about an issue, we simply employ the personal affronts.

We are being lured into incivility, but it is the opposite of what we find in Scripture. The biblical pattern includes gentle answers that turn away anger (Prov. 15:1), being careful what we say because the things that come out of a person are what defile him (Mark 7:15), and the importance of keeping your tongue from evil and your lips from deceitful speech (Ps. 34:13).

The second trap is to default to escalation in response to accusations. One-third of us typically cite examples of wrongdoing by the other side when someone with our political beliefs is accused of wrongdoing.

They are casting the first stone and we want to make sure the world knows that they are not without sin. Yet this response takes the conversation into uncivil territory escalating from defending one side to one-upping the other with greater accusations.

Insecurity around accusations against us reveals that deep down we know our side is flawed. There are no perfect candidates and neither party has a track record of navigating all policy issues with biblical morality.

From Outreach Magazine  It’s Your Turn to Network

Escalation is a trap because our attacks reveal our true priorities. When the Bible clearly says not to pay back evil for evil or insult for insult (1 Peter 3:9), our response shows we are marching to our own drum.

The third trap is thinking we must win every political conversation. For 23% of us, it is important that we win any argument that involves politics. A similar number thinks being civil in political conversations is not productive (22%). There is a big difference between winning an argument and making a point about what you believe is best or connecting a biblical principle to an issue.

We seek head nods from everyone we talk to. We want everyone to agree with us, and we go to great lengths to make it happen. When others push back, we often stumble into the first trap and resort to insults rather than engaging the facts of the issue.

Our conversations and social media posts are not a high school debate competition. Points aren’t handed out for insults when discussing candidates or policies. Our virtual scoreboards are irrelevant. It’s time we look people in the eye. Let’s desire to understand their point of view as much as we want to share ours.

A winning mindset is a flawed construct. By believing we must convince someone of our view in every conversation, we imply that the view must be believed to be true. This, too, is from our culture and not God. Our culture says the only truth is what you believe. Jesus said that he is the truth and he does not change.

Our obsession with winning political debates betrays our lack of faith in God. If our aim is to apply his precepts to the decisions of our day, we can share these truths and be satisfied without agreement from the person we tell. God is on his throne regardless of their response.

It takes confidence to abandon a win-at-all-costs mentality. Hebrews 10:38 says, “My righteous one will live by faith; and if he draws back, I have no pleasure in him.”

Our insecurity toward not winning leads many of us to only engage people who share our political beliefs (in person and online). This shrinking back is the opposite of what Scripture describes of Christ’s followers.

From Outreach Magazine  Igniting a Culture of Multiplication

Our task is to make disciples, not retreat to those who appeal to or agree with our interests. Instead of joining like-minded circles, let’s have the confidence to share the light of Jesus in any circle and to make any political discussion better.

Out of over 50 reasons for this decline in church attendance, the fourth most cited reason (25% of them) and the reason with the greatest increase in the last decade is that they disagreed with the church’s stance on political and social issues.

Young adults see in our incivility how much we cherish our political beliefs. If either flawed party is what we trust, they want no part of it. As they hear our comments about how we cannot see how any Christian could vote for that candidate, young adults hear us condemning them.

Christians should be involved in public discourse. We should engage in conversations about the problems in our society. We need to communicate that we serve a God who cares about the needs people face, and that evidence of his care (and often specific guidance) is found in his Word. But the manner in which these conversations happen should show our unity is in Christ—not a political point of view.

33% — When someone with my political beliefs is accused of wrongdoing, I typically respond by citing examples of wrongdoing by the other side.

25% — When I hear political leaders who share my ideology making insulting personal remarks about their opponents, I tend to believe those remarks are justified.

23% — When I engage with others about politics, it is important to me to win the argument.

22% — Typically, being civil in political conversations is not productive.

18% — When disagreeing about politics, I respond more harshly with someone I don’t know than with a friend.