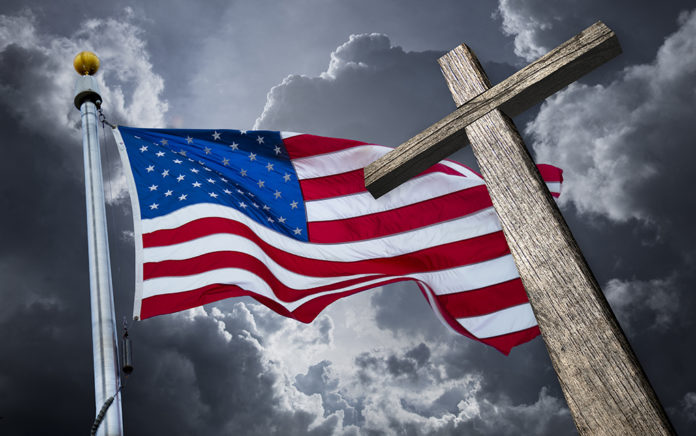 Evangelicals seen through a political lens

The cohort of Christians known as evangelicals has courted controversy, no matter how you slice it—whether evangelicals only make up just 6% of the U.S. population (as Barna’s legacy tracking of the group suggests) or whether they comprise a larger share of the public (as other polls, which use different measures, indicate). As the U.S. enters another heated election year, a new Barna report shows Americans seem to increasingly view evangelicals through a political lens, which corresponds with mixed feelings toward this religious group.

Our research has developed a pronounced portrait of this Christian minority over the years, but for this study our aim was different. We set out to understand how the general public perceives evangelicals. (You can read the full Barna Briefing The Brand of Evangelicals, including new commentary from David Kinnaman, via Barna Access.) Based on a nationwide study of U.S. adults, we found that, though many people still view evangelicals as a committed group of believers who put their faith first, their political connotation puts the future of American evangelicalism in a precarious spot.

What are the traits or qualities that people believe evangelicals represent? Barna asked respondents to identify adjectives they might use to describe the evangelical community in general. The most commonly selected terms relate to the group’s conservatism—primarily as “religiously conservative” (37% of all U.S. adults select this term) and “politically conservative” (27%). These popular perceptions are in line with other Barna data on the demographics of evangelicals, who on average tend to identify as politically conservative and are more represented among the older and white respondents who typically also claim these views. Other common descriptors are a mix of favorable perceptions (23% “caring,” 22% “friendly,” 22% “hopeful,” 20% “encouraging”), along with unfavorable opinions (21% “narrow-minded,” 17% “homophobic,” 10% “misogynistic,” 10% “racist”).

From Outreach Magazine  Is Your Online Church IRS Compliant?

Evangelicals are, unsurprisingly, more sympathetic to their own kind. They describe their fellow evangelicals with positive traits at significantly higher rates than the general population (61% “caring,” 57% “hopeful,” 57% “friendly,” 52% “generous”) while rarely using negative descriptions (5% “narrow-minded,” 2% “uptight,” 1% “homophobic,” 1% “misogynistic”). They are also twice as likely as the general population to believe evangelicals are “misunderstood” (19% vs. 10%).

Barna also analyzed the opinions of practicing Christians—a group of Christians who attend church at least once a month and indicate having made a meaningful commitment to Jesus. This group includes most evangelicals but represents a wider swath of engaged believers, amounting to about one-quarter of Americans, rather than the narrowly defined evangelicals. As expected, the perceptions that practicing Christians hold about evangelicals fall somewhere in the middle of the general population and core evangelicals. Non-Christians are predisposed to hold negative ideas about evangelicals, favoring adjectives like “narrow-minded” (34%), “homophobic” (30%), “misogynistic” (21%), “racist” (17%) and “uptight” (20%).

Along lines of political ideology, the divide is dramatic. Across the board, those who identify as “mostly conservative” are significantly more likely than those who identify as “mostly liberal” to view evangelicals positively. Again, considering the conservative leanings of evangelicals, these numbers make sense. Some of the most striking differences surface around whether terms like “misogynistic” (1% conservative vs. 26% liberal), “racist” (2% vs. 25%), “homophobic” (4% vs. 41%), “narrow-minded” (8% vs. 48%), “caring” (35% vs. 13%) and “hopeful” (36% vs. 12%) might apply to evangelicals.