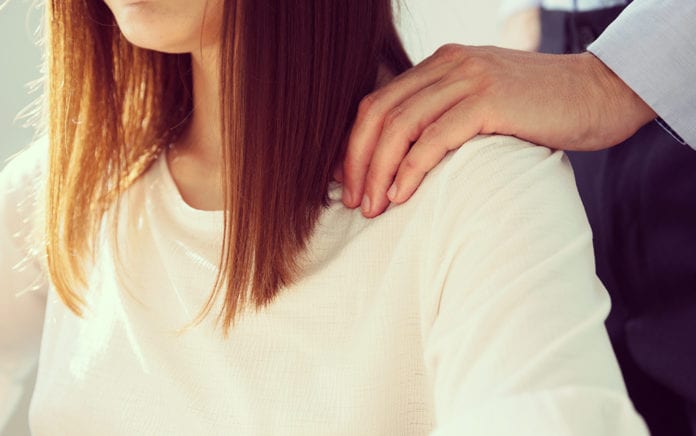 Many churchgoers believe there are still more revelations to be exposed, but few know of specific individuals in their church whose misconduct is still hidden.

Sexual abuse and misconduct by pastors and other church staff have roiled numerous Protestant churches in recent years. Many churchgoers believe there are still more revelations to be exposed, but few know of specific individuals in their church whose misconduct is still hidden, according to a new study from Nashville-based LifeWay Research.

The 2019 Sexual Misconduct and Churchgoers Study conducted by LifeWay Research and sponsored by LifeWay Christian Resources explored the perceptions and experiences of Protestant churchgoers.

“Protecting people from abuse of any kind should be of utmost importance to churches,” said Brad Waggoner, acting CEO of LifeWay Christian Resources. “LifeWay decided to sponsor this research because it’s imperative churches are safe places for people to hear the gospel and grow in their walk with Jesus Christ.”

The study found 1 in 3 (32%) Protestant churchgoers believe many more Protestant pastors have sexually abused children or teens than has been currently exposed. Slightly more (37%) disagree, while 31% say they don’t know.

Fewer (29%) Protestant churchgoers say there are many more undiscovered instances of Protestant pastors who have sexually assaulted adults, while 41% disagree and 30% don’t know.

Relatively few, however, know someone attending their church who has sexually assaulted someone (4%) or sexually abused a child (4%), but it has not yet come to light.

“Perceptions are reality,” said Scott McConnell, executive director of LifeWay Research. “When almost a third of churchgoers sense there is an avalanche of abuse and assault cases coming, Protestant churches must address this head-on even if few say they actually know someone whose abuse is still hidden.”

Nearly half of all Protestant churchgoers (44%) say they have been victims of the following types of sexual misconduct: unwanted sexual joking, unsolicited sexual messages, unwanted compliments and inappropriate glances.

When asked if they received compliments that implied the person viewed them sexually, 11% of churchgoers say they heard such remarks as a child and 17% did as a teenager. When asked from where they knew the person or persons giving the sexually insinuating comments, 30% say their home or family, 26% say school and 17% say church.

Similar issues continued in adulthood. Churchgoers are more likely to say inappropriate behavior occurred in settings other than the church, but some still reported occurrences in church.

Some churchgoers expressed wariness over the greetings they receive from others at church. Around 1 in 6 (17%) say some attendees express physical greetings in ways that seem to go beyond a simple gesture.

Overall, in the 2019 study, most churchgoers (75%) say the church is a better environment when it comes to encountering sexually inappropriate comments compared to other places where they socialize with people. Few (2%) believe the church is worse, while 11% say it is the same as other places and 12% aren’t sure.

“The findings of this study are similar to previous research through the years,” said McConnell. “Churchgoers and the church setting have statistically fewer cases of immoral behavior, but those issues still have a very real presence.”

Most churchgoers believe their church is prepared to handle issues of sexual abuse and trust their congregation to respond appropriately if confronted with instances of misconduct.

A majority of churchgoers say their church would respond to someone who had experienced sexual abuse, sexual assault or rape with respect (73%), sympathy (70%), privacy (63%) and protection (60%). Few believe their church would ignore the person who shared their experience (2%), see them as an attention-seeker (2%) or as partly to blame (2%).

The vast majority of churchgoers (93%) agree their church is a safe place where adults are actively protected from sexual assault in the church; 4% aren’t sure and 3% disagree.

Eight in 10 (81%) believe their church is at least somewhat prepared to protect children from sexual abuse in ministry programs, with more than half (58%) of churchgoers saying their church is very prepared. One in 20 (5%) say their church is unprepared and 14% are unsure.

Virtually all churchgoers (94%) say their church is a safe place where children and teenagers are protected from sexual abuse. Few aren’t sure (4%) or disagree (2%).

Churchgoers believe safety measures have improved in the last decade. Almost 7 in 10 (69%) believe their church is more prepared to protect children from sexual abuse than 10 years ago. Few say their church has had no additional preparation (6%) or was doing well then and now (7%). Eighteen percent say they don’t know.

“Those in the pews are noticing progress in the prevention efforts at their own church,” said McConnell. “Additional steps need to be taken and clearly communicated, however, so that more than a simple majority of churchgoers can say their congregation is very prepared to protect those who attend from sexual assault and child sexual abuse.”

If someone did experience sexual abuse, churchgoers feel confident their church would be a safe place for victims.

Almost 9 in 10 (89%) say someone who experienced sexual abuse as a child or teenager would find healing at their church; 4% disagree. Similarly, 90% say their church would be a place of healing for adult victims of sexual assault. Again, 4% disagree.

Three-quarters of churchgoers (76%) say an adult attending their church could share that they have experienced sexual assault by a fellow attendee and be believed. Fifteen percent aren’t sure and 8% disagree.

“When a church communicates it is a safe place for those who are hurting to find healing, it teaches truths about the identity and worth of every individual,” said McConnell. “More importantly it answers the fundamental question of whether God cares.”

If sexually inappropriate things happened within the church, 7% believe church leaders would try to cover it up. Almost 9 in 10 (87%) say their church is likely to report suspicions of abuse or neglect to the appropriate authorities.

Churchgoers also have faith in their leaders to correctly address sexual misconduct that may occur in the church even if it is costly or hurts the congregation’s image. Around 8 in 10 (82%) agree their church would respond appropriately, regardless of the cost.

“Among people who are currently attending church, few said they stopped attending because of issues related to sexual misconduct,” said McConnell. “This does not measure, however, any who left due to these problems and have returned to any church since.”

The research indicates churches are suffering from negative perceptions with many churchgoers bracing for more pastor-related sexual abuse stories to emerge, according to McConnell. That hasn’t worsened churchgoers’ opinions of their own church or caused them to attend less frequently, but they still see areas on which church leaders should prioritize.

“From the perspective of the pew, there is room for churches to improve their process to prevent sexual abuse and assault, their communication of what is being done, and their handling of investigating accusations,” said McConnell.

This article was first published on LifeWayResearch.com. Used by permission.