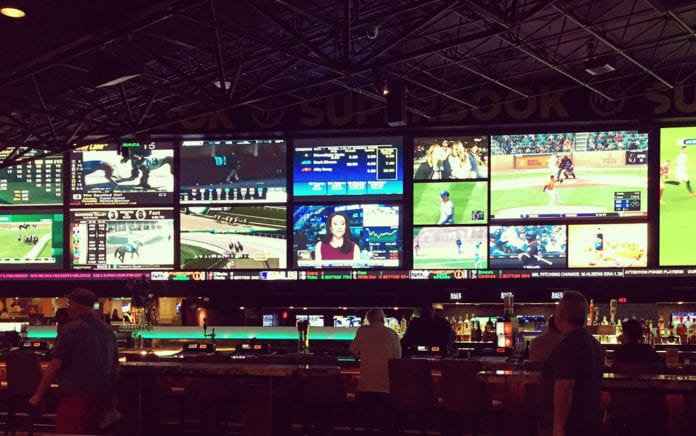 LifeWay Research: Around 6 in 10 (59 percent) pastors agree it is morally wrong to bet on sports.

Americans were expected to wager more than $8 billion on the NCAA men’s basketball tournament, but not many pastors planned on joining in. A new study from Nashville-based LifeWay Research found most pastors believe it is morally wrong to bet on sports, while few agree it should be legalized nationwide.

Though if sports gambling does become legal in their state, many pastors are already planning their response.

“The large majority of pastors oppose sports betting,” said Scott McConnell, executive director of LifeWay Research. “And pastors are willing to put their ministry where their mouth is by being ready to help those hurt by gambling and to discourage people from participating.”

LifeWay Research spoke with 1,000 Protestant pastors about sports gambling and their churches’ potential responses to it.

Around 6 in 10 (59 percent) pastors agree it is morally wrong to bet on sports, while 32 percent disagree.

“Twice as many Americans than pastors see no moral dilemma with sports betting,” said McConnell. “There is even a gap within the church as less than half of weekly churchgoers say sports gambling is morally wrong.”

Pastors in the South (62 percent) and Midwest (60 percent) are more likely to agree than those in the West (49 percent).

Fewer younger pastors say sports gambling is immoral. Fifty-two percent of 18- to 44-year-old pastors believe it is morally wrong to bet on sports, while 61 percent of pastors 45 and older agree.

From Outreach Magazine  C.S. Lewis and the Rhetoric of Goodwill

In 2018, the Supreme Court struck down a 1992 law that prevented state-authorized sports gambling outside of Nevada, but few pastors (12 percent) believe sports betting should be legalized nationwide.

More than 3 in 4 pastors (77 percent) disagree that gambling on sports should be legal across the U.S.

Pastors under 44 are the least likely age group to disagree, but 68 percent still oppose legalizing it nationwide.

Significant majorities of evangelical and mainline pastors, as well as in every denomination, disagree that sports gambling should be legal throughout the country.

“More pastors and more Americans oppose legalizing sports betting nationwide than say it is morally wrong,” noted McConnell. “It is clear that many people perceive negative consequences either for the individual or society that go beyond the bet itself.”

If betting on sports becomes legal in their state, many pastors say they will work to discourage it and help those who may be harmed by it.

Almost 9 in 10 pastors (88 percent) say if their state legalizes sports gambling, they will offer counseling for those struggling with debt or addiction.

From Outreach Magazine  Restoring Broken Trust With the Lapsed

Majorities say they will use private conversations to discourage participation (65 percent) and offer support groups for gambling addiction (60 percent).

Fewer say they will advocate for stricter laws on sports betting (42 percent) or use sermons to discourage people from participating (33 percent).

One in 20 pastors (5 percent) say they would feel no need for their church to address legal sports gambling at all.

“Pastors are not taking a wait-and-see attitude toward something that is now up to each state,” said McConnell. “They are quick to say that if legalized sports betting comes to their state they will be ready to prevent problems and help those who encounter addiction or debt.”