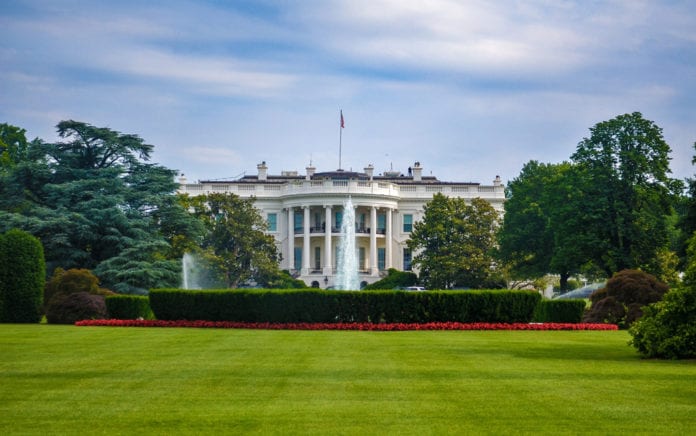 LifeWay Research: Pastors appear hesitant to identify with either of the political sides that have emerged in American politics.

A slim majority of pastors say they approve of the job President Donald Trump has done in the White House, but many are unsure.

A new study from Nashville-based LifeWay Research of Protestant senior pastors found 51 percent approve of how President Trump has handled the job, with 25 percent strongly approving.

“After almost two years of actions and statements from the White House, most pastors likely consider some positive and others negative,” said Scott McConnell, executive director of LifeWay Research. “When asked to evaluate the president’s job performance with no neutral option, most pastors approve.”

Still, almost 3 in 10 (28 percent) disapprove and another 20 percent say they aren’t sure.

Pastors were specifically prompted to evaluate the president’s job performance, said McConnell. There is no lack of data on President Trump, but many were still hesitant to give an opinion.

In a leadup to the 2010 midterm elections, a LifeWay Research survey found 30 percent of Protestant pastors approved of President Obama’s job performance. More than 6 in 10 (61 percent) disapproved and only 9 percent said they were not sure.

“There is no lack of information on what President Trump is doing or how he is doing it,” said McConnell, “so the undecided posture appears to be an unwillingness to identify with either of the political sides that have emerged in American politics.”

The hesitancy of pastors to take sides where Donald Trump is concerned stretches back to the presidential election.

From Outreach Magazine  The New Religion That's Driving Us Apart

Despite 52 percent of Protestant pastors identifying as a Republican and only 18 percent calling themselves a Democrat in the LifeWay Research survey prior to the November 2016 election, only 32 percent said they planned to vote for Trump. A full 40 percent said they were undecided, with 19 percent planning to vote for Hillary Clinton.

African-American pastors are the least likely to approve of the president’s handling of the job. Only 4 percent approve of his performance, while 85 percent disapprove.

Outside of African-Americans, pastors are much more split. Slightly more than half of white pastors (54 percent) approve, along with slightly less than half of pastors of other ethnicities (47 percent).

Younger pastors are the least likely age group to approve of the president’s performance. Four in 10 (41 percent) of those 18 to 44 say he’s done a good job, while 56 percent of those 45 and older support President Trump’s job performance.

“They are less tied to traditional political identities and remain slow to express approval of President Trump.”

Pastors’ responses are also split across denominations. Pentecostals (86 percent) and Baptists (68 percent) are most likely to approve of the president’s performance.

Even in these denominational divides, the views of the president’s performance largely follow political leanings, according to McConnell.