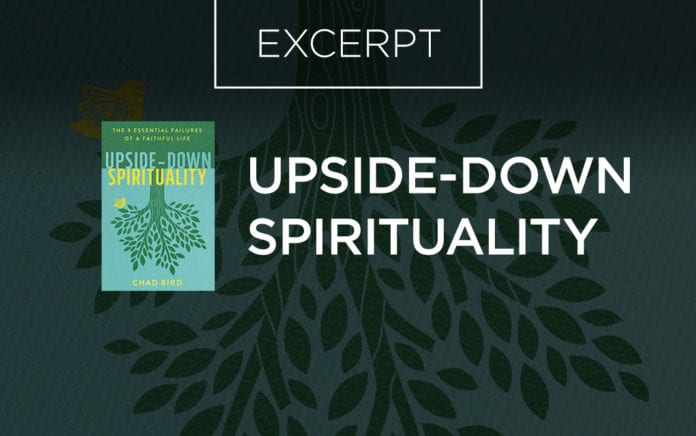 We have fallen for the false dichotomy of sacred/secular. In truth, every activity is religious in some form or fashion.

Most of us operate on the assumption that there are sacred and secular categories in our day-to-day lives. We engage in binary thinking: where two opposites are set against each other. One is this, the other is that, and ne’er the twain shall meet. So, for instance, we assume the church is sacred, but the state is secular (think of the oft-quoted “separation of church and state”). Or Sunday morning worship is sacred, but a Sunday afternoon trip to the mall is secular. Sermons are sacred, but movies are secular. Bibles are sacred, but novels and magazines and catalogues are secular. In our binary, this-is-not-that way of thinking, we have every aspect of our existence in well-defined, tightly sealed little cubicles.

On rare occasions in life we have eureka moments. Our eyes are opened to a new way of viewing reality. For me such an epiphany came when I realized that the categories of sacred and secular—or, perhaps better phrased, religious and nonreligious—were all a big, fat lie. A myth we have swallowed whole. Our common labels of “secular” or “nonreligious” are just as real as Santa and the Tooth Fairy. And, likewise, represent a childish view of reality that we would do well to leave behind.

David Zahl, of Mockingbird Ministries, recently commented during a conference lecture that “the problem in modern society is not that religion is on the wane but that we’re more religious than we’ve ever been, and about too many things.” He pointed out the pervasiveness of current religiousness in our society, where our “golden calves” are named Parenting, Romance, Success, Personal Authenticity and a myriad of other idols that demand our worship. His insight underscores the implicit religious nature of any culture.

Wherever we go—to attend school, to shop, to watch sports, to hang out at the bar, to participate in a political rally—we are surrounded by speech and habits and songs that communicate their version of what really matters, who we are, what life is all about, what’s important. In other words, hiding in plain sight in these seemingly nonreligious atmospheres is religion. Creeds disguised as “Just Do It.” Parables masquerading as Breaking Bad. Ritual behavior called the Cowboys vs. the Giants.

From Outreach Magazine  How to Break Free From Church Politics

Everywhere we go, we swim in a pool of religious assumptions. It’s unavoidable. It’s inevitable. It’s challenging. But it’s not the end of the world.

In fact, it is the true and ultimate end of the world that enables us to navigate our way through the religious fog of this world. To swim in this pool of religion without swallowing its chlorine-infused water. The end of the world is the return of Christ, the true and legitimate King. That final revelation of his current and ongoing reign over this world—and our hearts—is what gives us the perspective we need to live in the now-and-not-yet of this preresurrection life. Because the end of the world is secure in Christ, and we are secure in him, we can work and serve and play in this world as those who “participate in everything as citizens, and endure everything as foreigners.”

That hope-filled end of the world spills backward into our life as the church here and now. We go “back to the future” every Lord’s day. His reign and his kingdom, our resurrection and our everlasting life in him, become the guiding reality of our lives in exile. Every earthly power is deemed a lame-duck administration because their power is on the wane. They exist on borrowed time. “This world in its present form is passing away” (1 Cor. 7:31). Babylon’s days are numbered.

But Jerusalem’s days are not. “God is in the midst of her; she shall not be moved” (Ps. 46:5). The heavenly Jerusalem, which will come down from God on the last day, already comes down every Lord’s day into our midst as we gather around his Word, his baptism, his meal (Rev. 21:2). In the Jerusalem of our local congregation we learn how to live in the Babylon of our local community. Our hearts are taught the love of God and neighbor, our eyes are directed to the face of our Father, our minds are set on things above, our feet are trained to walk in paths of righteousness, our hands are schooled in the sacrifice of service for those in need. In other words, we are immersed in true religion, the Spirit’s piety.

The more at home we are in the Jerusalem of the church, the safer we are in the Babylon of this world. And the more productive we will be in that Babylon, because we will live as those who know where our ultimate citizenship is.

We cannot avoid living in and interacting with a world that is always, in subtle or subversive ways, hostile toward the church. “If possible, so far as it depends on you, live peaceably with all,” Paul said (Rom. 12:18). But know also that Babylon and Jerusalem are two kingdoms that will never merge. We live in both. And, by God’s grace, we can be failures in this dual-citizenship: failing to conform to Babylon and failing to cut ourselves off from it. Like Daniel and his friends, we make it our endeavor to live faithfully in exile while awaiting that day when we will hear “a loud voice from the throne saying, ‘Behold, the dwelling place of God is with man. He will dwell with them, and they will be his people, and God himself will be with them as their God’” (Rev. 21:3).

Blessed are those who fail to conform to this world yet also fail to cut themselves off from it, for they know their true citizenship is in Jerusalem above.