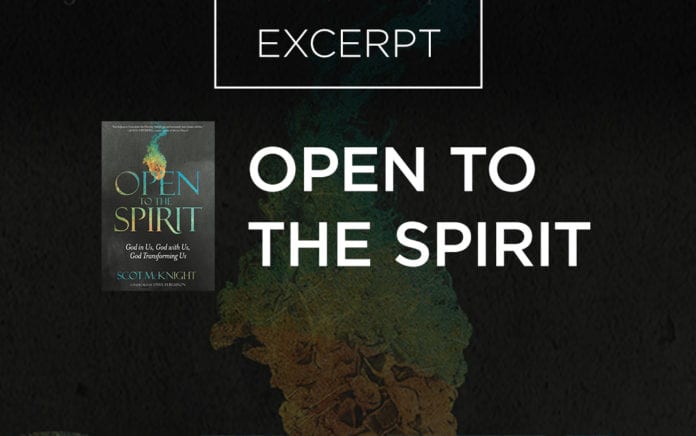 Following Jesus’ example, leaders in the church are not rulers but servants equipping the body of Christ.

Excerpted From
Open to the Spirit
By Scot McKnight

When I was taking a sabbatical in Assisi, Italy, Kris (my wife) and I walked every morning down the hill from San Rufino church toward the Basilica of Saint Clare. We then turned right at the piazza and walked the paths to the great Basilica of Saint Francis.

I was not aware then that along that same piazza, during World War II a clandestine act of courage opposed the face of evil. In the back of a shop along the piazza of Santa Clara, a courageous, atheist businessman printed false identity papers for Italian Jews and Jewish refugees. In giving them false identity papers, he protected them from Mussolini’s fascists and Hitler’s National Socialists (the German Nazi party).

During the same period of time, a private citizen who was a devout Christian used his leadership and power for the good of others. This man often would rise early and ride his bicycle across Florence and into the Tuscan hills on his way to Assisi. At the church known as San Damiano, he would take his bike indoors, remove the seat, be given papers by a courageous priest, fill the tube with false identity papers and photographs, and leave to deliver the identity papers to Jewish refugees.

If Gino Bartali, Italy’s greatest cyclist, were to be caught doing this, he would have been executed. Bartali saved hundreds of lives. He was driven by his faith, his prayers, his decision to do what was just and right and the secret system that started with Cardinal Elia Dalla Costa in Florence.

Think of Bartali on his bike, not as a biker but as a leader, the kind who was providing documents to others so they might live. He wasn’t a pastor—and not many of us are—but he used his gifts of leadership for the good of others. He risked his life for others.

Leaders Who Are Cross Formed

From Jesus on, in the communities connected genuinely and faithfully to the crucified Christ, there will be no more human kings, emperors, judges or patriarchs. There will be but one King, one Emperor, one Judge and Patriarch, and his name is Jesus. This new kind of leader was crucified, so from Jesus on all faithful-to-Jesus leaders become followers of Jesus and that means all followers are to be cross-shaped. What does that mean? From Jesus on, Spirit-prompted leaders are servants of others. Like Bartali, they will risk their lives for the good of others. Most Christians who struggle with church leaders struggle with leaders who are not using their leadership for the good of others but for the good of their cause and their reputation.

From Outreach Magazine  Identifying Distractions on the Path to Mastery

The most incomprehensible moment of leadership in the Bible becomes the most comprehensible. It occurs in the first chapter of Acts (Acts 1:15–26). Judas had abandoned Jesus, so the remaining disciples needed to replace him to maintain their number at 12. Did they discuss the qualifications and qualities and skill set of potential replacements? Did they vote and lobby for the next leader? No, because they did not have worldly interests in mind. They simply looked to God and the Spirit and—yes, you are reading this right—rolled the dice. (In Acts it’s called “casting lots.”)

The choice came down to two people, Matthias and Barsabbas, and they asked God through the Spirit to indicate God’s choice by means of the roll of the dice. You can do this only if you believe it is God’s Spirit who is in charge and that a cruciform Lord is in control.

The apostles had learned cross-shaped leadership. John Nugent, a friend and wonderful professor of the Bible, is right:

“We just do not find any of the attributes of ‘take-charge,’ worldly leaders commended in the New Testament. We are never told that church leaders should be attractional, charismatic, decisive, persuasive, commanding, accomplished or even educated. Despite the fact that he embodied many of these attributes, the Apostle Paul publicly renounced them. To him this was necessary so people would see what Christ has done and not what he was doing (1 Cor. 2:1–5).”

Worldly leadership relies on the extraordinary ability of superior people. It elevates exceptional people, gives them power, trusts that they will use their power responsibly for the good of the organization and expects them to get things done. Quite simply, this is not how Jesus framed leadership.

This next statement by John Nugent brilliantly expresses what the new kind of leader is to be in the church that lives under a crucified King: “The congregation doesn’t elevate the leaders so they can get the work done; leaders elevate the members so they can do the work of the body.”

From Outreach Magazine  Samson the Movie: An Unwilling Hero, a Conduit of God's Strength

Faithful leaders of the Spirit-created and Spirit-formed church may have titles, but they do not have power. They have an office at the church, but they are not to be identified according to worldly categories: the size of the congregation’s budget, how much money they are paid, how big their house is, how many acres the church occupies, how many books they have written, how many satellite campuses the church claims. I could go on. These forms of measure are all about size, about me, about the Ego, about how important someone is. Faithful-to-Jesus leaders are known by their ability to follow Jesus and to lead others to follow Jesus. They are known for the sacrifices they make and the lives they have invested in.

Are you open to a cross-shaped, new kind of leader?

Are you open to being a cross-shaped, new kind of leader?

Excerpted from Open to the Spirit: God in Us, God with Us, God Transforming Us. Copyright © 2018 by Scot McKnight. Used by permission of WaterBrook, an imprint of Penguin Random House LLC.